Home » Car Reviews » Storm Dennis: You can protect your car from damage with these ingenious tools

Storm Dennis: You can protect your car from damage with these ingenious tools Storm Dennis is likely to cause damage to cars across the nation with heavy winds flicking debris into the path of your car and heavy rain blocking road vision. Motorists can protect their car from heavy damage with a few ingenious tools aimed to reduce wear and tear over the weekend.

Duxback spray can be applied to a car windscreen in seconds and allows water to set on the glass instead of sticking.

The product claims motorists will not need to use windscreen wipers to clear cover once they are travelling over 40mph.

Duxback claims the water will just run straight off your car in small beads which will dramatically improve your road vision.

The product was initially designed for the airline industry and even comes with an extra winter bonus. 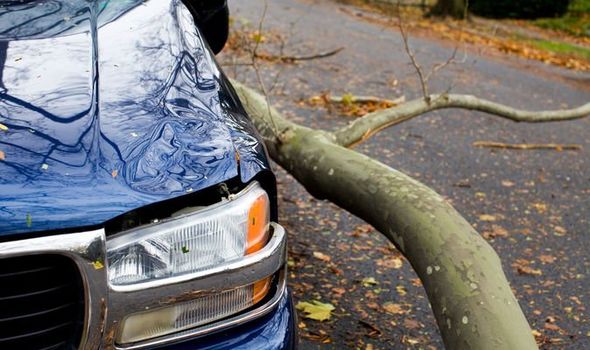 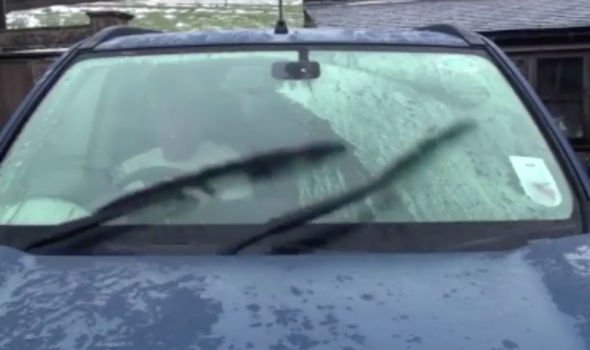 Duxback sprays are also said to completely prevent frost cover from appearing on a car windscreen during freezing weather.

The treatment can be purchased for just £25 in high street retailers or ordered online through the group’s dedicated platform.

Duxback is said to last for six months after being applied meaning motorists can reap the benefits of the product long after Storm Dennis has departed.

Clear road vision may become difficult in stormy weather which could increase the risk of missing road hazards or having a crash.

Heavy winds are also set to strike the UK this weekend and vehicles could be put at risk of suffering damage.

Car insurance providers will often payout for serious storm damage to cars but most motorists will not claim on their policy for minor issues such as vehicle dents.

Instead, road users may be tempted by a small layer of plastic bodywork film to avoid the worst of the damage.

The protective plastic acts as a shield for your vehicle and will stop stones and rocks damaging a vehicle in heavy winds.

The sheet takes all of the dents while a car’s bodywork underneath is untouched, completely protecting your car from the elements.

It means road users can be sure a vehicle retains its value so motorists are not forced to reduce its price on the used car market later down the line.

Protective films are effective but prices can spiral with a full coat estimated to set customers back over £1,250.

Speaking to Express.co.uk, Autoshine and Tinting spokesperson, Duncan Richards said: “Most people won’t have their whole car done. They’ll just have the front end done, side skirts, door handles, mirrors and things like that.” 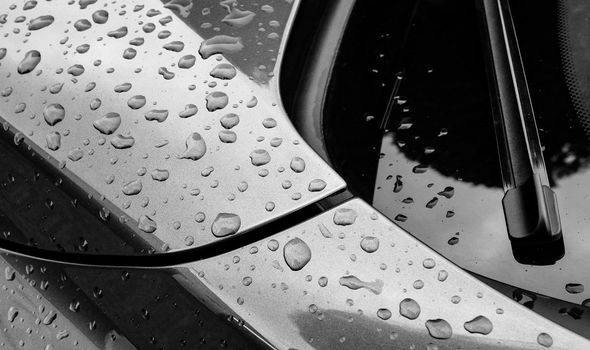 Experts believe the protective layers can last on a vehicle for between five and ten terms although environmental factors could lower its lifespan.

Prospective owners are warned the films do have limitations and direct blows to a vehicle form sharp objects would still be likely to damage the car.

Duncan Richards added: “A key would dent the film but it wouldn’t get through to the paint below.

“If it was like a knife with a very fine thing that would cut through it, a normal key won’t.”