Tesla Could Produce As Many Cars As BMW In 2023 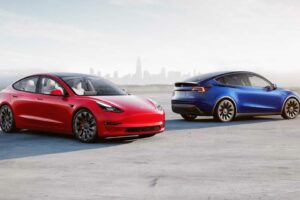 Tesla is continuing to grow at a remarkable rate, and the automaker now has its sights set on becoming the world’s number one premium marque. That means dethroning BMW, and with the Bavarian firm selling 2.5 million cars last year that’s no easy task. However, Tesla’s two new Gigafactories, Giga Texas and Giga Berlin, should play a key role in its plans to overtake BMW and Mercedes in 2023.

According to Reuters, Tesla believes it will build 495,000 Model 3/Ys in Q4 2022. Meanwhile, in Q3 its estimated Tesla delivered between 350,000 and 370,000 vehicles. Analysts expect Tesla to deliver around 1.4 million vehicles in total in 2022, with a drastic ramp-up towards the end of the year as Giga Berlin and Giga Texas come closer to full operating capacity.

Numerous analysts believe Tesla will deliver 2 million vehicles next year, including Wedbush bull Dan Ives. At that point, Tesla would truly be knocking on the doors of both Mercedes and BMW, who sold 2.1 million and 2.5 million vehicles respectively last year. If Tesla could eclipse the latter, it would become the world’s largest premium automaker.

That would be a seriously impressive feat, especially given that 90%+ of Tesla’s sales come from the Model 3 and Y alone. And given analysts have often underestimated Tesla’s production capabilities before, reaching 2.5-3 million sales next year can’t be ruled out either.