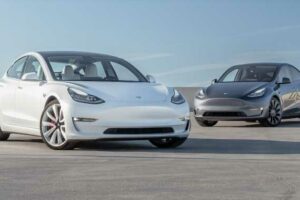 If your friends have a bad back, you might not want to consider a Model 3 or Model Y anymore. Tesla is taking lumbar support for the passenger’s seat out of both of those models moving forward, even though it’s a common feature among premium cars. This comes right after Tesla announced it will no longer use radar for these vehicles’ driver assist systems, which now rely entirely on a camera-based setup.

But why would Tesla take out such a seemingly helpful feature? According to Tesla’s chief executive officer, Elon Musk, few folks used the lumbar adjustment in their Model 3 or Model Y EVs. In a tweet that addressed the feature’s removal, he said “logs showed almost no usage. Not worth cost/mass for everyone when almost never used.”

Of course, most individuals don’t regularly adjust their seat’s lumbar—especially not passengers. After all, it’s the sort of thing an occupant sets once and rarely, if ever, fiddles with again (much like other seat adjustments).

Musk also addressed rumors that Tesla’s Full Self Driving tech is set to get a price hike in the future. Right now, the FSD option costs $10,000, but it might increase to $14,000. To this, Musk tweeted, “Prices increasing due to major supply chain price pressure industry-wide. Raw materials especially.” The seemingly inevitable FSD price hike and the reduction in standard equipment for the Tesla Model 3 and Model Y risk alienating potential Tesla buyers, particularly those looking to purchase the brand’s entry-level sedan or SUV. After all, with similarly priced electric vehicles from the likes of Ford and Volkswagen already available, Tesla’s cost-cutting might just push value-oriented customers to purchase a competitor’s EV instead.