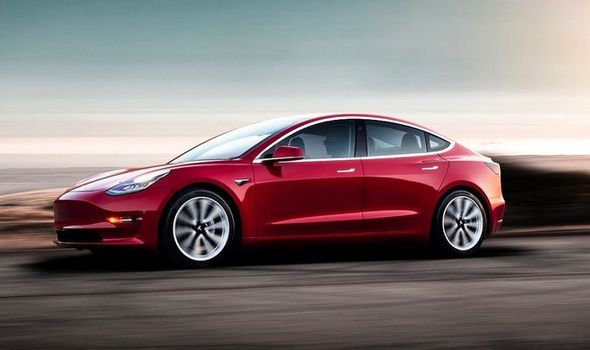 The first, which you will read about in a couple of weeks, is a Chevrolet Corvette, and the second is a Tesla Model 3. Told you, how different can you get than an old school V8 sports car and a state-of-the-art electric car like the Tesla? I have driven every electric car currently available and the Model 3 is the one that has impressed me the most. Even more so than the Jaguar I-Pace and that is an exceptionally fine car. Millions of column inches have already been written about this Tesla from the fact that Elon Musk received around 400,000 orders for the car within days of it first being announced and then the subsequent problems of satisfying such a huge demand. Right-hand drive Model 3s have yet to arrive in the UK and many customers face a long wait for their cars but we’ve got our hands on a Dutch registered left-hand drive car.

Three different specifications of Model 3 are available.The entry level model is the Standard Range Plus which has a single electric motor and has a range of 258 miles.This one costs £38,900.

Next is the £47,900 Long Range which has two electric motors, is four-wheel drive and has a claimed range of 348 miles. Lastly there’s the Model 3 Performance which costs £56,900 and as its name suggests is rather more sports orientated.

We’re testing the middle one and from our experience I can’t see why you’d need or want more performance because 0-60mph in 4.5sec is up there with proper sports cars. But before we hit the road in the Model 3 let’s have a look around it.

First off, the overall quality of the car is far better than that on the early Tesla Model S. You can still see the odd glitch such as a rubber seal with a kink in it but that was me looking for trouble.The door handles that pop out of the bodywork are cast aluminium like those you’d find on a ’60s Maserati. A nice touch.

I don’t much like our car’s white leather interior but that’s a matter of taste and I’d simply choose differently. What I do like is the wonderful simplicity of the cabin.

The trademark Tesla huge 15inch touchscreen is in landscape in the Model 3 and through it you control almost every function of the car.

The steering wheel has a couple of buttons that help with the audio, control the Autopilot and activate the voice control.

I’m very against complicated systems in cars that take your eyes off the road but although the Model 3 breaks my rule in having everything controlled via a touchscreen most of the functions you would set up before you left home.

And there’s another thing: I’ve never used such an effective voice control system. Not even my wife understands me as well as the Tesla.

Other systems that I’ve tested – BMW’s for example – regularly mishear commands but the Tesla got everything right including complicated navigation requests.

This, I presume, is what can be done when your company is based in Silicone Valley.

Oh, there’s one other very nice detail that I nearly forgot to mention. Forgot, because you can’t actually see it. There are no air vents peppered around the Model 3’s dashboard, instead there’s what looks like a narrow slot that runs the full length of the top of the dashboard through which hot and cold air is blown.

Slick. For a short test of the car I didn’t bother to do it but an owner would have downloaded the Tesla app onto his or her smartphone.

That’s then the key to get into the car. I was given a card that did the same job but it is so much easier with a phone.

There’s not even a start button because the car knows you’re on board and ready to go: you simply press down on the right-hand stalk on the steering column and you’re in Drive and ready to go.

And go you do.As I pointed out earlier, this version of the car is more than fast enough.

The ride is on the sporty side but not uncomfortable and the steering is accurate and well-weighted.

The Model 3 is not just quick in a straight line but handles corners with a very neutral balance.

I’ve not enjoyed driving an electric car quickly as much as this one.

The Model 3 looks and feels quite small but is actually longer than a BMW 3-Series.

There’s a reasonable sized boot at the back and another one at the front which combined can hold 425 litres of luggage.

Tesla’s Supercharger network is no longer free to use but you will be able to charge your Model 3 to 80 per cent capacity in 30 minutes for around £14.

With a range of more than 300 miles that’s a lot cheaper than a tank of fossil fuel.

I can see why the Tesla Model 3 is selling in such vast numbers. I’m a long way off going electric but when I do a second-hand Model 3 will be my first EV. 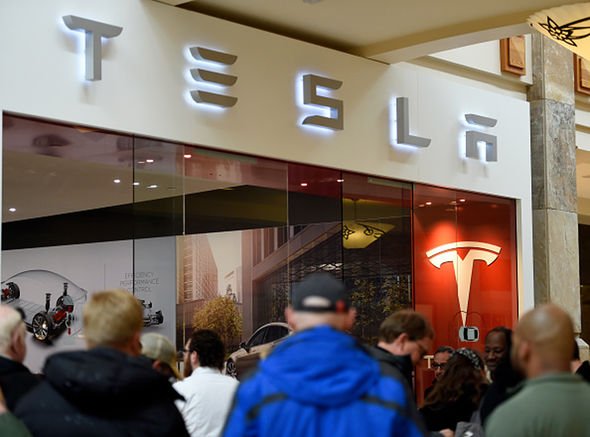