The year 2019 was challenging for plug-ins in California. 2020 might be better, but a lot depends on the Tesla Model Y ramp-up.

We would normally add here that fortunately, the plug-in segment is expanding, but that’s actually not the case. 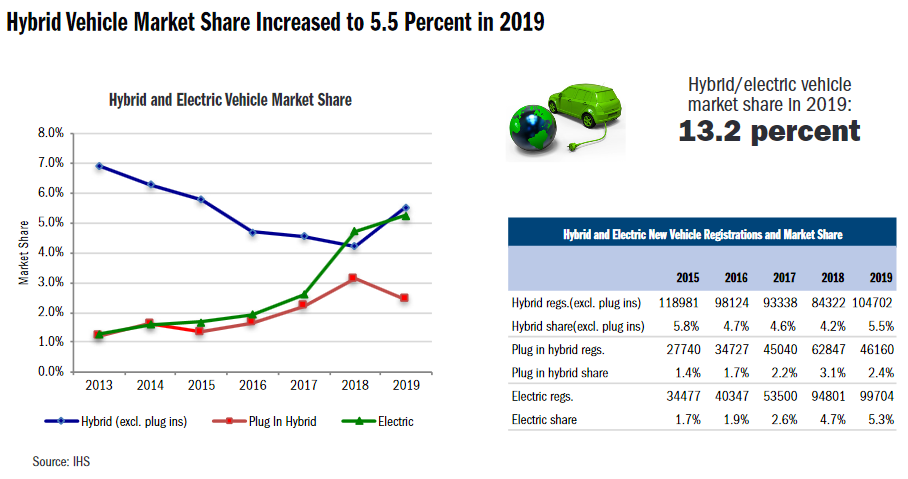 Other than that, the plug-in market does not look bad. The BEV ratio in the plug-in segment improved from 60% to 68% and there are new models on the horizon for 2020.

Several BEVs were in the top 5 of their respective classes:

The Tesla Model 3 is the #3 best-selling car model (excl. trucks/SUVs)! 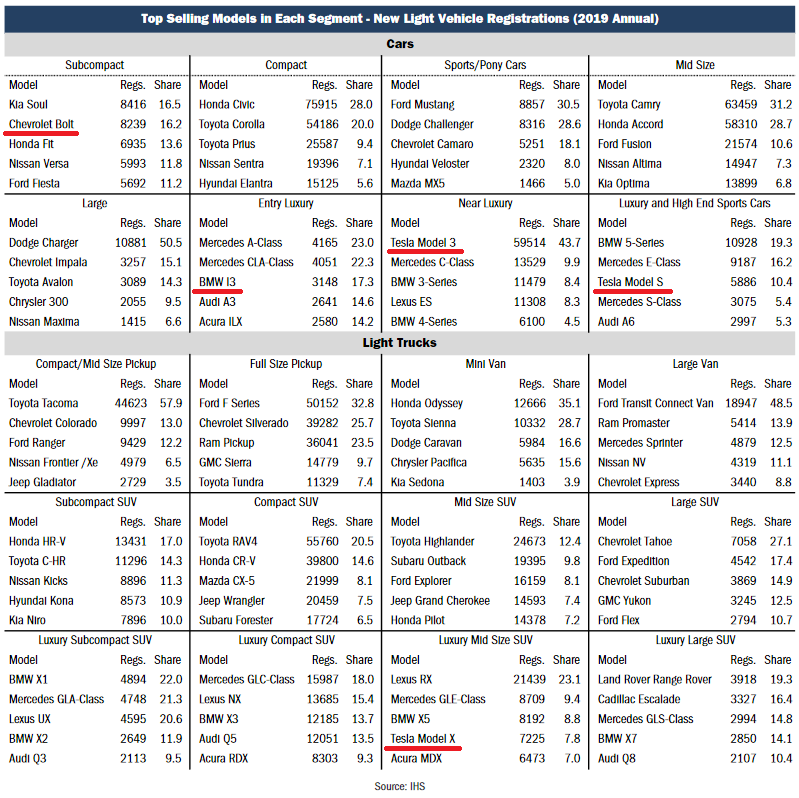