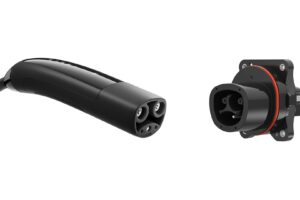 With over a decade of use, Tesla and its charging systems have proven to be more reliable than their actual cars seem to be. It’s at least the part that we hear the fewest complaints about. In fact, it’s usually highly praised by even the manufacturing competition. With that in mind, could we start to see the Tesla charging connection become the new norm now that they have opened the design patent up as a potential North American Charging Standard (NACS)?

Not the First Time

Back in 2014, all current and future patents that Tesla relied on for building their electric vehicles were opened up to the world. The idea was to help manufacturers accelerate their entry into the EV market. The catch, however, was that anyone using them in good faith couldn’t sue Tesla, sue anyone else using their patents, didn’t sue them over patents in the past, didn’t sue anyone else over patent related to EVs and their components, weren’t using the patents to create a counterfeit product, and not enforce any rights against Tesla if you were to improve upon the patented product and Tesla adopted that improvement.

The other catch was that Tesla didn’t also release trade secrets or design patents, so anything that would be of true value above such patents was still protected. It was those legal requirements that were probably the reason not many major manufacturers jumped on these patents and, instead, relied on their own developments.

It now appears that Tesla is going a step further than just a patent release, but also the design of the charger connection and inlet for the vehicle. In its latest release for the NACS, Tesla also released the full measurements, functional schematics, and specifications on the current version of the Tesla connection.

Eventually, Tesla is looking to get this codified by the standards bodies that operate within North America to make this a public standard rather than a Tesla-only one. It would mean that Musk’s EV car brand would like to see this fully deployed on all new cars sold in North America, including ones that are currently using the SAE J1772 and Combined Charging System (CCS) connections and those who are looking for a better alternative.

There are a few things that Tesla’s proposed NACS does better than the J1772-CCS connection, including its physical size. For those who haven’t seen it, the J1772-CCS charging connector is massive when compared to Tesla’s NACS. You can see just how much thanks to a side-by-side and ghosted comparison picture of both and the NACS is the same size as the J1772 AC connection while allowing for both AC and DC fast charging capabilities featured below.

The cable is also smaller and less unwieldy when compared to the J1772-CCS and, for people who might not have full use of both hands, Tesla’s NACS smaller cable and connector size make using it with one hand far, far easier as the J1772-CCS connector can require two hands. There are two other benefits that Tesla says that NACS has over J1772-CCS.

The first is that NACS is a fully proven product, having been used by Tesla for over 10 years. It’s a connection that has been proven hard to break and capable of 1,000 volts and 900 amps of DC use without liquid cooling for a 900 kW charging rate. For anything up to 500 kW, J1772-CCS connections are liquid cooled, adding to the bulk of that cable system. Despite that claim, though, the performance specifications only list up to a nominal 500 volts and a maximum current of 400 amps DC (for a 200 kW rate), at around 104 degrees Fahrenheit.

Just like the Tesla-only version, the NACS would feature temperature sensors to monitor the cable and charging port temperatures and use an ultra-high frequency (UHF) transmitter to open charging ports on EVs. The other is that NACS connections outnumber the J1772-CCS connections by over 60 percent thanks to Tesla’s Supercharger network.

They also claim that the same networks that use J1772-CCS will also begin to adopt NACS so that Tesla vehicles can use their chargers without the requirement of adapters, which was also announced by the White House as part of its infrastructure overhaul earlier this year. This means the communications protocols currently used by J1772-CCS will also still work with NACS as both charger to vehicle communications are essentially the same, the only change would be the connector itself and charging inlet on the vehicle.

What Do Other OEMs Think of Tesla’s NACS

While we reached out to Stallantis and GM, neither North American manufacturer would get back to us in time for initial publication. However, Ford’s Jim Farley is a fan of the connector as we found out back in August. When he spoke to Alisa Priddle, Farley stated, “Charging plugs break. Tesla’s plug is excellent by the way, it doesn’t break if you drop it.”

According to the NACS specs, the plug is rated for about 200 drops in both its DC-only form and AC/DC version (another major advantage of the NACS, it can do both without becoming much larger than it already is). Farley also pointed out that having their own fast charging network would have been ideal, but “It was too expensive” to go it alone, and they’ve relied on outside charging networks. Farley is also well aware of the charging connection woes of not only dealing with broken chargers and “charging deserts,” but also the pain of charging infrastructure when attempting to juice up a truck with a trailer attached by saying, “Charging with a trailer is awful. Charging with a trailer is impossible.”

Right now, for North America, it may be some time before we see mass adoption of Tesla’s NACS design. Many OEMs are already committed to the J1772-CCS connection in their current models and changing, or at least including the additional port, would require some redesign of current charging inlet ports on those vehicles.

What we’ll most likely see is adoption by newer models and when current models enter into their next generation of design. This would allow those manufacturers to take advantage of this smaller, more convenient design. If Tesla sticks to its plan to allow other OEMs to charge at their Supercharging networks (either by an adapter or by implementing NACS), this could also potentially solve some of the issues of locating chargers and make owning an EV that much easier for more people across North America.

Trucks with trailers in tow might still be an issue in the short term, as many Superchargers are located in parking lots rather than pull-through stalls like fuel pumps are. Fortunately, that’s also changing for many new Tesla charging stations being installed as many Model Xs (and eventual Cybertrucks) are used for pulling trailers, too. When thinking about those advantages, it’d almost be foolish not to use NACS in future North American EVs, at least as an option on one side of the vehicle.