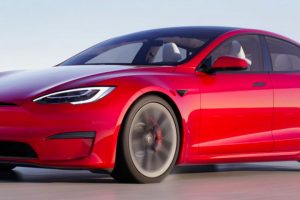 It’s safe to say that Tesla is among the first brands to come to mind when electric vehicles are mentioned. In 2020, the California-based company produced 509,737 vehicles in total with 499,550 units delivered to customers, with production of the Model Y SUV to commence this year and further contribute to its volume.

It also said in 2018 that it would be able to produce a model at the US$25,000 (RM100k) price point, which has recently been rumoured to be a model based on the Model 3 but positioned below it, and be designed and produced in China.

With affordability in mind, conversations will inevitably turn to the cheapest, or more expensive markets for purchasing Tesla vehicles. To that end, Australian website Budget Direct has released its findings for the affordability of Tesla models in various countries, based on data from Tesla and the World Bank.

Key findings as reported by by Budget Direct revealed that Singapore is the most expensive country in which to buy a Tesla, with prices averaging US$276,146.35 (RM1,123,501) in the city-state. Unsurprisingly the cheapest country for Tesla ownership is its native United States, where buyers paid US$59,347.50 (RM241,455) on average.

Like other brands of cars sold in Singapore, Tesla is subject to such high prices because the city-state’s government wants to reduce the number of vehicles in order to limit car usage. In the case of all available Tesla models, Singapore remains the most expensive country to purchase each of the models in.

In terms of affordability, here presented as a a percentage of annual income, Norway has come out tops with an average pricing for Teslas in the country requiring just 104.74% of its resident’s average annual income to purchase. At the other end of the scale, India takes its place as the least affordable country in which to own a Tesla, which requires 8694.83% of average annual income.

Where the Model S is concerned, the country with the outright lower price isn’t the United States, but Oman, where the cheapest new example was found for just over US$65k (RM264,582), compared to US$69k (RM280,864) in its homeland. This is Tesla’s first production passenger vehicle after the Roadster, which was just refreshed with new tech and an aircraft-inspired steering yoke.

The Model 3 is the firm’s most affordable model, arriving on the market in 2017 and becoming the most popular model in the Tesla range. China is the cheapest place to buy a Model 3, where it costs US37.3k (RM151,829) on average. Meanwhile in Malaysia, UK-sourced units can be ordered at around RM390k for the Standard Range variant, or around RM450k for the Long Range Performance variant.

Next, the largest and priciest vehicle in the line-up, the Model X is cheapest once again in the United States, at US$79.9k (RM325,232) and the next-cheapest markets for the vehicle being Canada and Macau. The heftiest Tesla price tag of any country is in Singapore, where the Model X costs US$353k (RM1.4 million). This has also been updated for 2021 alongside the Model S.

Rounding up the Tesla collective for worldwide pricing is the Model Y, the newest model in the range. Once again, the United States brings the smallest Model Y price tag at US$49.9k (RM203,117), and in line with its accolade of most affordable country for range-wide Tesla ownership against annual income, Norway has the third-cheapest confirmed price for the Model Y at US$59,243 (RM241,148), according to Budget Direct.