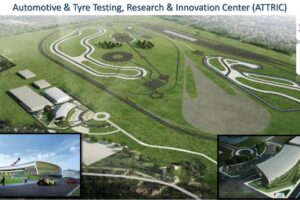 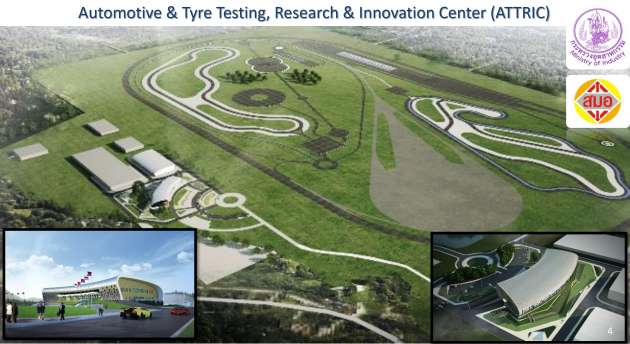 The Thailand Automotive Institute (TAI) plans to build a test track specifically for electric vehicles (EVs), which it hopes will draw in more foreign investment in the country’s emerging EV segment. The test track will be built on the grounds of the Automotive and Tyre Testing, Research & Innovation Centre (ATTRIC) that is being upgraded in phases at an investment of 1.7 billion baht (RM207 million).

Speaking to Bangkok Post, TAI president Pisit Rangsaritwutikul said the new facility in Chachoengsao can test cars in five categories: brake performance, parking brake, dynamic platform, long distance and high speeds as well as skidpad. “The phase-two project has been delayed as the pandemic affected the government’s financial support of the construction,” he said.

Based on TAI’s website, there’s already an EV battery testing lab at the ATTRIC site that can assess batteries to determine if they meet UNECE R100 and UNECE R136 standards for four- and two-wheeled vehicles.

The second-phase development of ATTRIC was listed among other projects in the government’s 2023 budget bill that is still being discussed in parliament. “We expect the project to be finalised in the next two years,” Pisit said. “The government will allocate a budget worth 400 million baht (RM49 million) for BEV (battery electric vehicle) testing facility development in addition to the 1.7-billion-baht budget,” he added.

Phase one of the ATTRIC automotive test track was launched in 2015 is located on 1,234 rai (197.4 hectares) of land in Chachoengsao. Costing 3.7 billion baht (RM450 million), the track serves both carmakers as well tyre manufacturers.