I remember, some three decades ago, first climbing behind the wheel of the brand-new LS400 flagship sedan from Lexus, the then-newly created luxury division from Toyota. And I swooned. A twin-cam V-8 making 250 finely behaved horses, a suspension that floated over the road like a cumulous cloud, dramatic electroluminescent gauges gleaming in the instrument panel—how could such a high-quality, blissfully refined luxury sedan sticker for just $35,000? You could practically hear the groans from BMW and Mercedes-Benz all the way across the Atlantic.

Lexus updated its famed flagship for the 2018 model year, and I got a first taste of the refreshed gen-five model during our annual Automobile All-Stars competition last fall. The new LS didn’t make it onto our winners list, but it earned plenty of admiring comments. I figured an extended, more in-depth drive was in order. 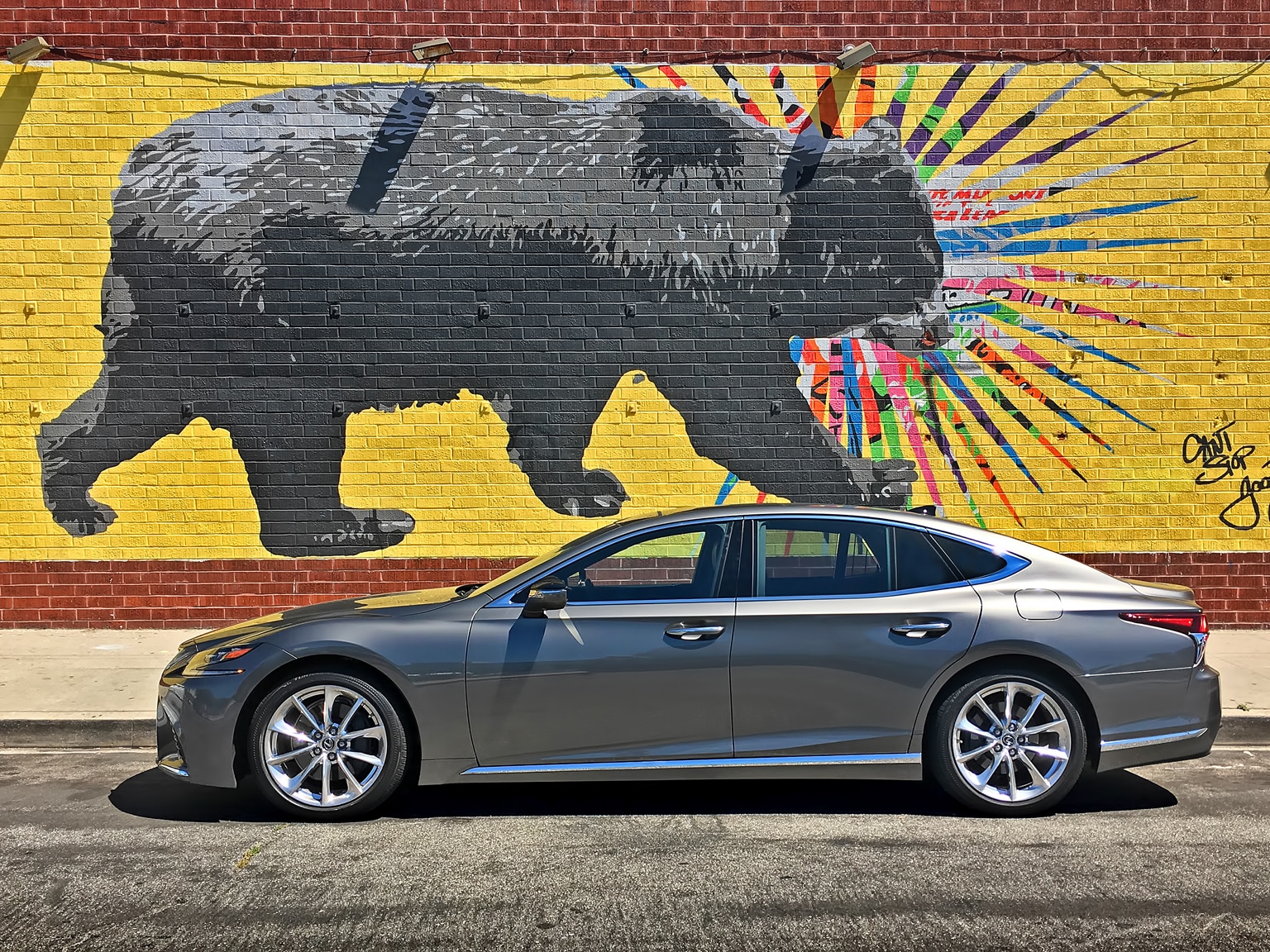 Long gone is the bland, traditional styling of the first-gen LS400. The new LS500 is boldly chiseled, proudly showcasing Lexus’s now-ubiquitous spindle grille and a host of creases and sharp angles that give the exterior a decidedly more sporting and aggressive look than any previous edition. It’s also more than two inches longer than even the long-wheelbase version of the fourth-gen car (the new LS is offered in one size only).

Inside, the LS is also radically different. Whereas the previous LS460 retained an overall air of conventional choices inside, the LS500 is swoopy and dramatic. Bold lines of special Lexus “artwood” flow cross the dash, while the main instruments are now housed in a large central pod that rises up from behind the wheel. Determined to stand apart from its German rivals, Lexus has also incorporated touches of uniquely Japanese handiwork in the new cabin. Among many premium amenities included in a new optional Executive Package—priced at an eye-watering $23,100—are hand-pleated fabric door panels and, surrounding the door handles, beveled kiriko glass inserts painstakingly reproduced from a hand-etched original. Both the pleats and the kiriko glass are the work of takumi— master artisans with decades of experience in their respective trades—and are meant to symbolize traditional Japanese craftsmanship and design. The pleated door panels, each of which requires days of painstaking hand-folding to complete, look understated and truly elegant, but to my eye the kiriko glass—while clearly a work of considerable expertise and skill—is less successful as cabin ornamentation, somehow not appearing to be the meticulously produced work of art that it really is. A few of my colleagues disagree, though, so perhaps Lexus has made the right call in opting for a polarizing rather than “safe” interior treatment. 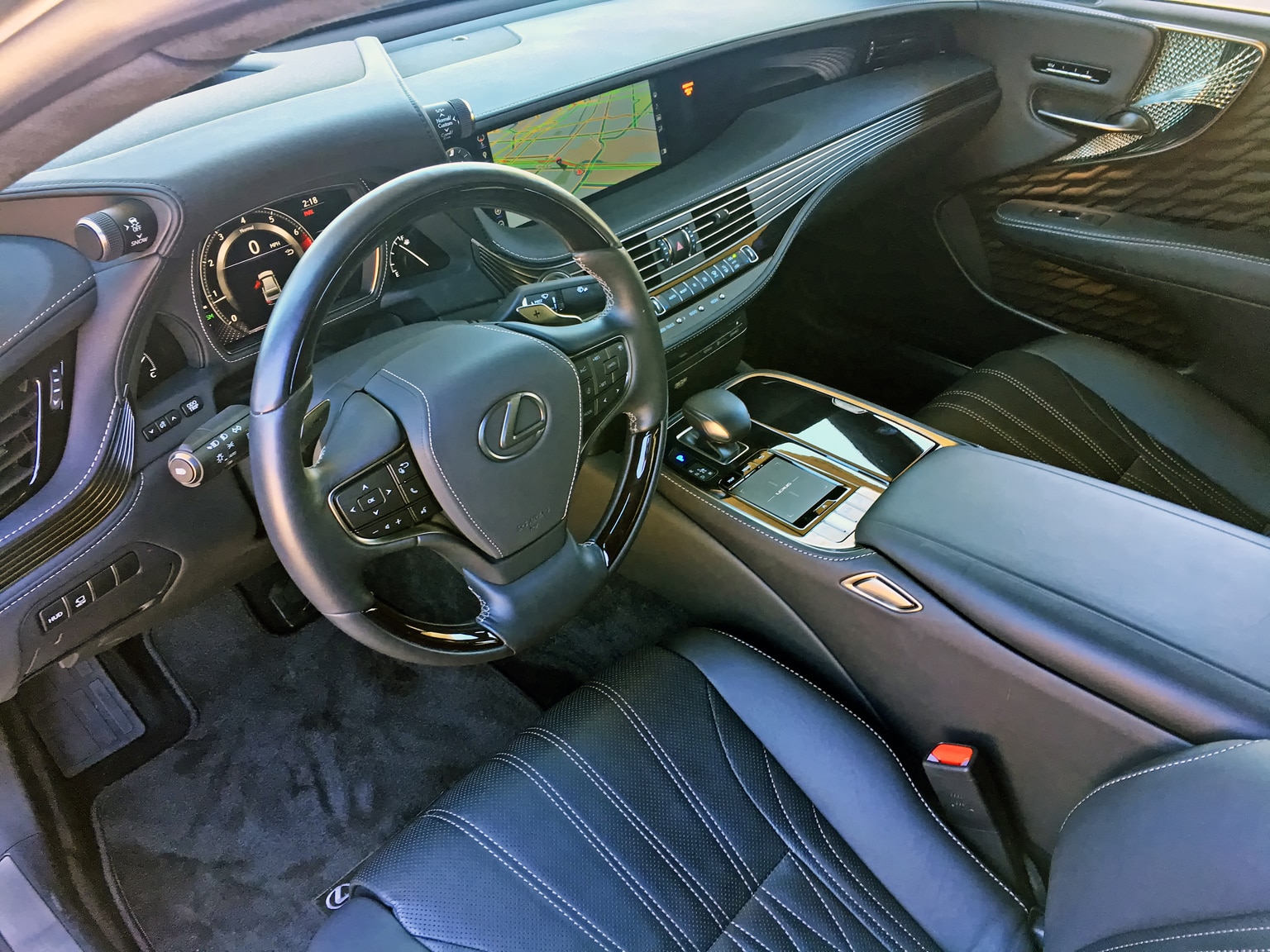 An optional head-up display ($1,200) works beautifully, and the optional, 23-speaker Mark Levinson audio system ($1,940) is simply spectacular. You’d drive this car just to soak in its aural splendor. Less successful is the Lexus touchpad interface in the center console, which remains as difficult to use as ever. The company has improved the feedback over previous versions, but Lexus really needs to abandon this concept altogether and opt for a new system. Toyota’s own conventional color touchscreens work far more simply and consistently. I mean, simply activating the standard ventilated seats means flicking through several menu screens—each one requiring a steady finger and concentration (distraction) to summon properly. A simple hard switch would be a miles better solution. The current Enform touchpad needs to go.

Whereas previous non-hybrid LS generations have all been powered by V-8s, the new gen-five LS500 uses a twin-turbo V-6. Yes, you lose some of the sublime smoothness of a V-8, but the V-6 is more potent—416 horsepower—and impressively smooth itself. Max torque is available at just 1,600 rpm, so the engine is always on the boil and ready to pull. Fuel economy is also a very decent 30 mpg on the EPA highway cycle (a new hybrid LS500h ups highway econ to 33 mpg). A standard 10-speed automatic handles shifting duties like a champ. Surprisingly, the engine can be quite loud at times (Lexus pipes-in some of the exhaust music to enhance sportiness)—something not previously associated with the vault-quiet LS. 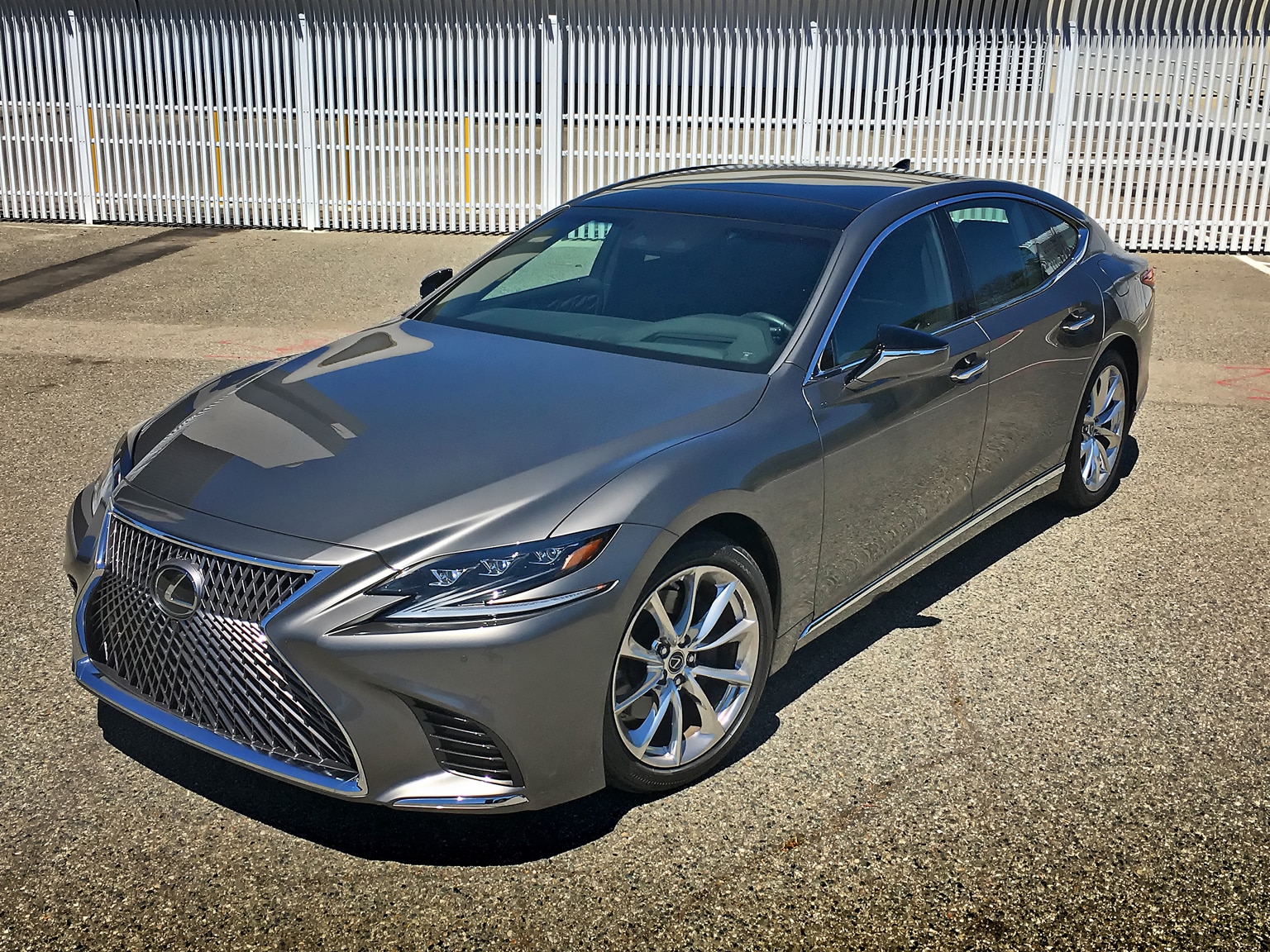 Lexus has clearly opted to move the LS in a more athletic direction. Handling response is improved over previous editions—at the expense of ride quality. This may very well leave more than a few LS loyalists ruffled, as unfailingly plush cruising has long been an LS hallmark. On the other hand, new Lexus customers may enjoy the increased edge in the suspension. Combined with the conspicuous exhaust of the high-revving V-6, the tauter chassis makes the new LS a more enjoyable machine when you’re in the mood to hustle. Whether that’s the right call, though, remains for the market to decide. I remember being awfully impressed by how effortlessly previous LS models soaked up the pains of the road—and I’m surprised the new car isn’t even better at that task.

Lexus has clearly attempted to distance itself from German marques like Audi, BMW, and Mercedes, and in this new LS they have succeeded. The LS500 feels distinctly different from the big Germans, an alternative take on the flagship-sedan paradigm. That may very well be the right call in a crowded marketplace. I can’t help feeling, though, that the essential DNA that has always served the LS so well was not in need of tweaking. 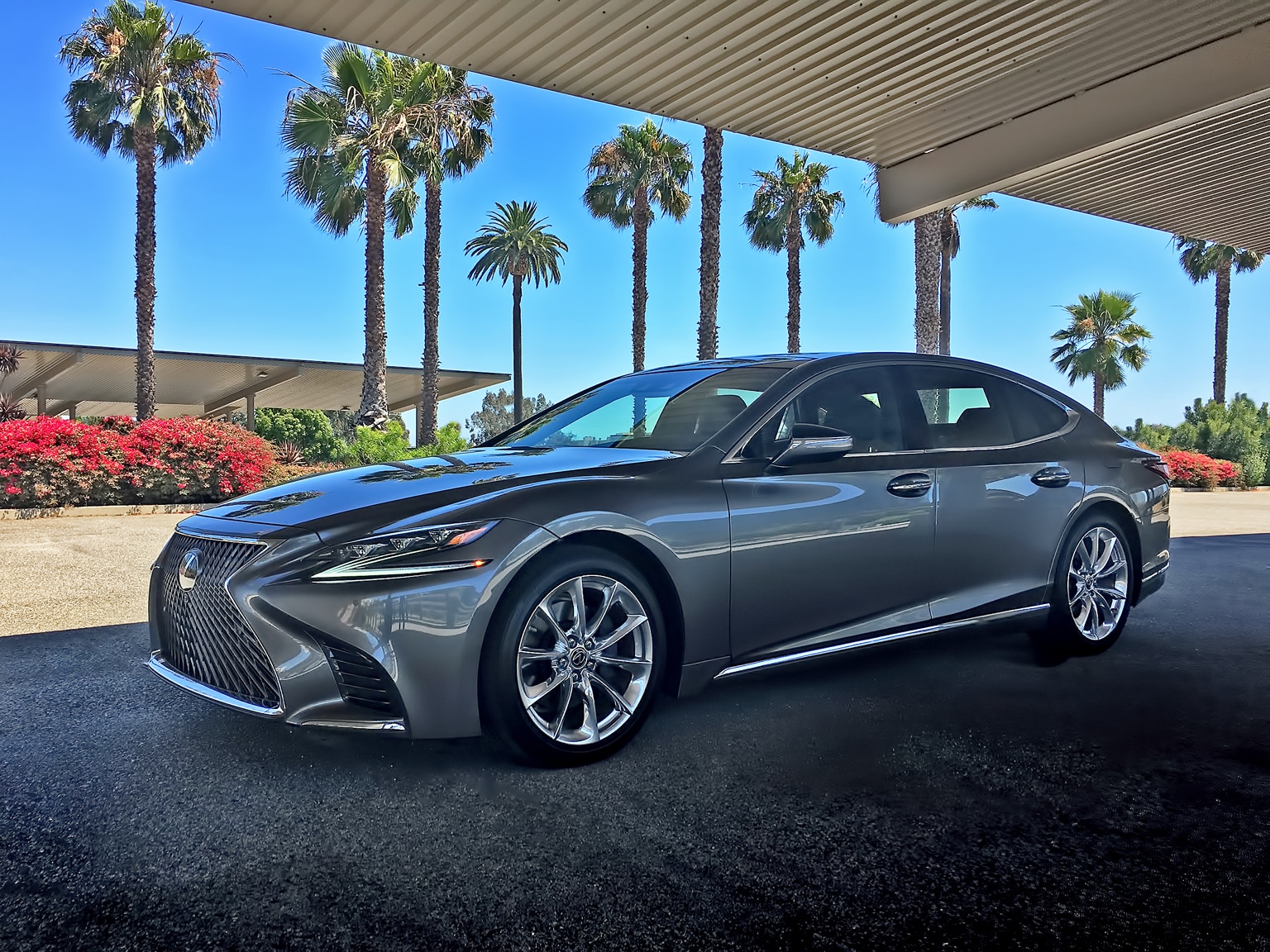 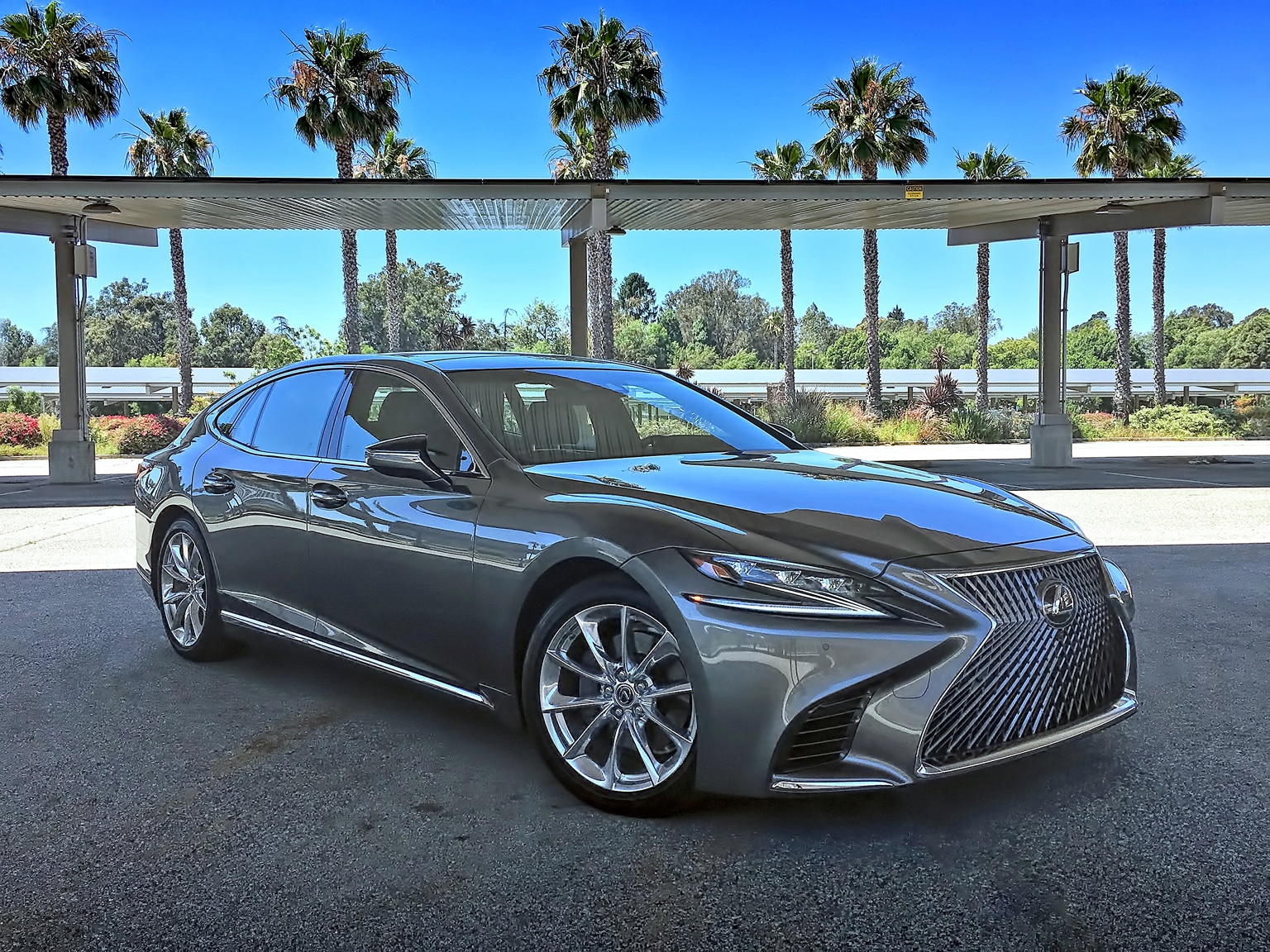 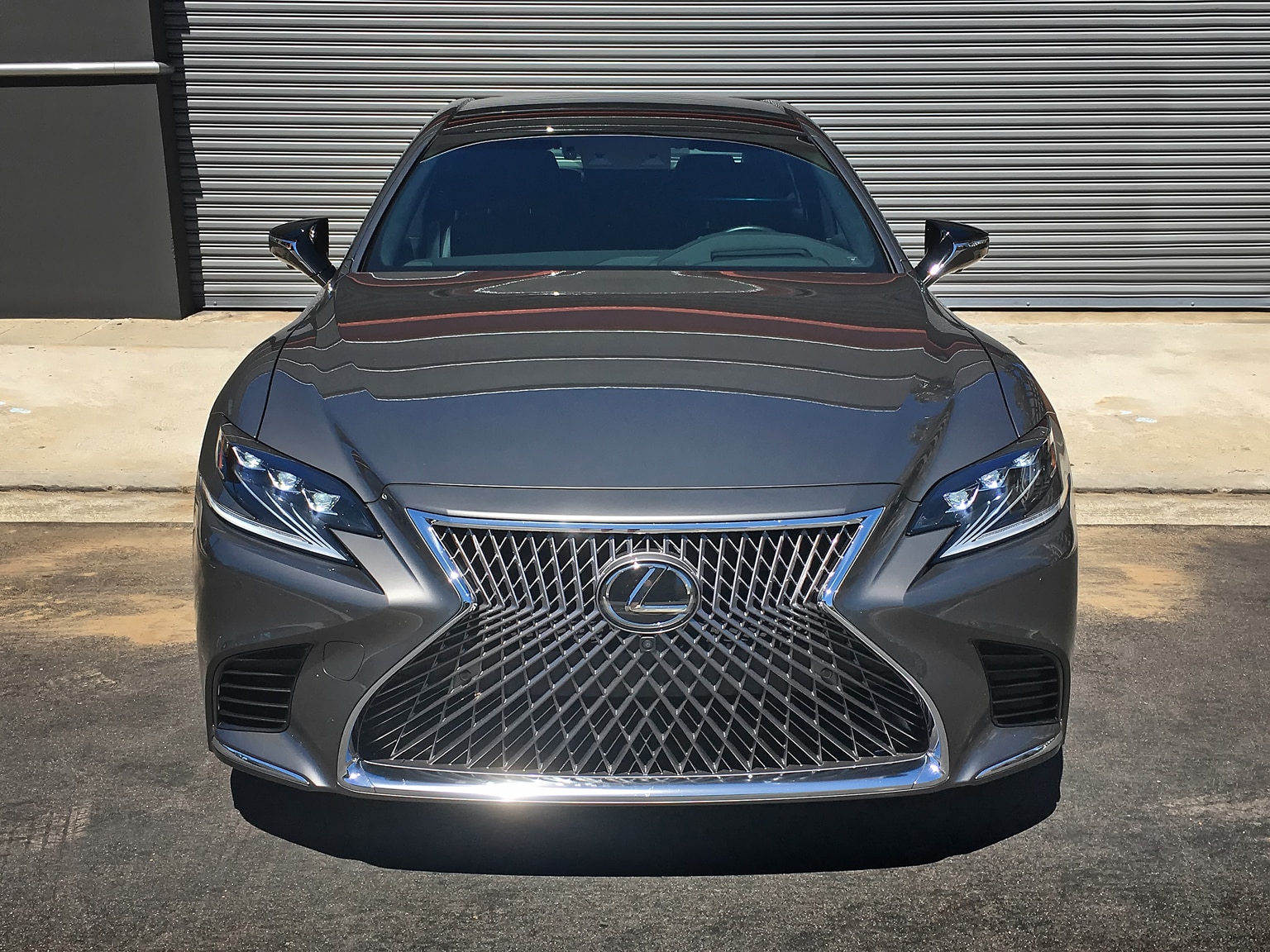 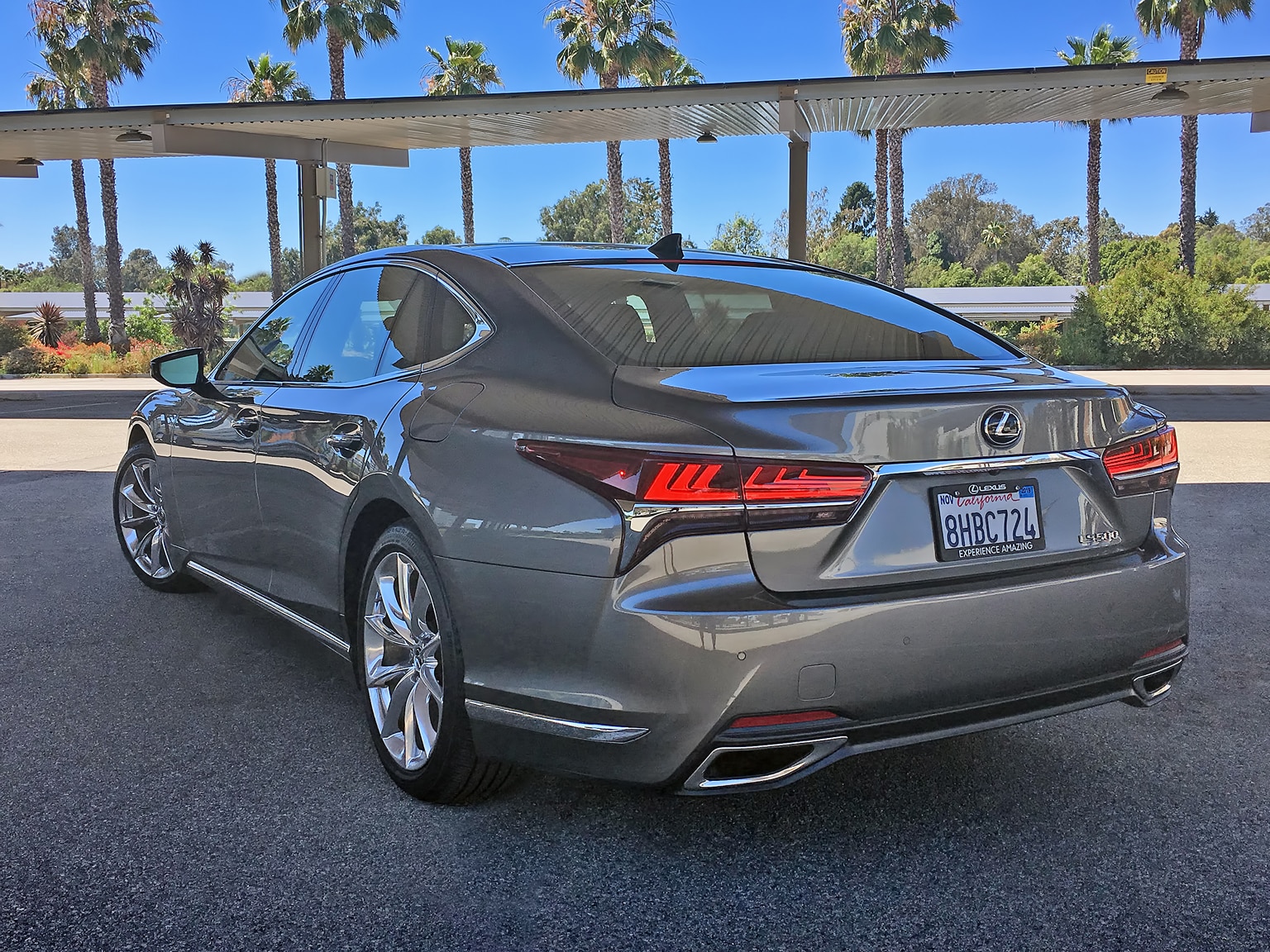 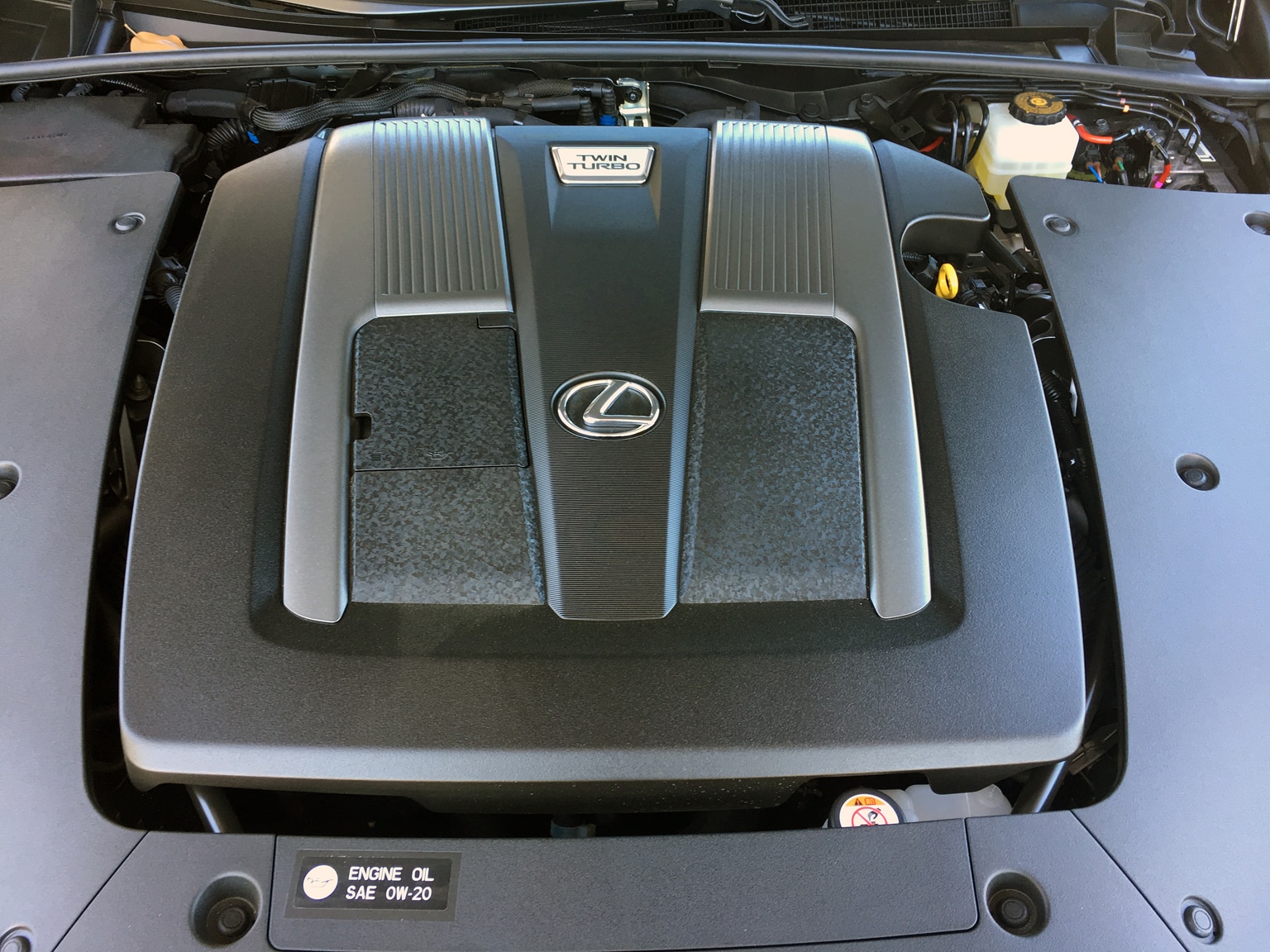 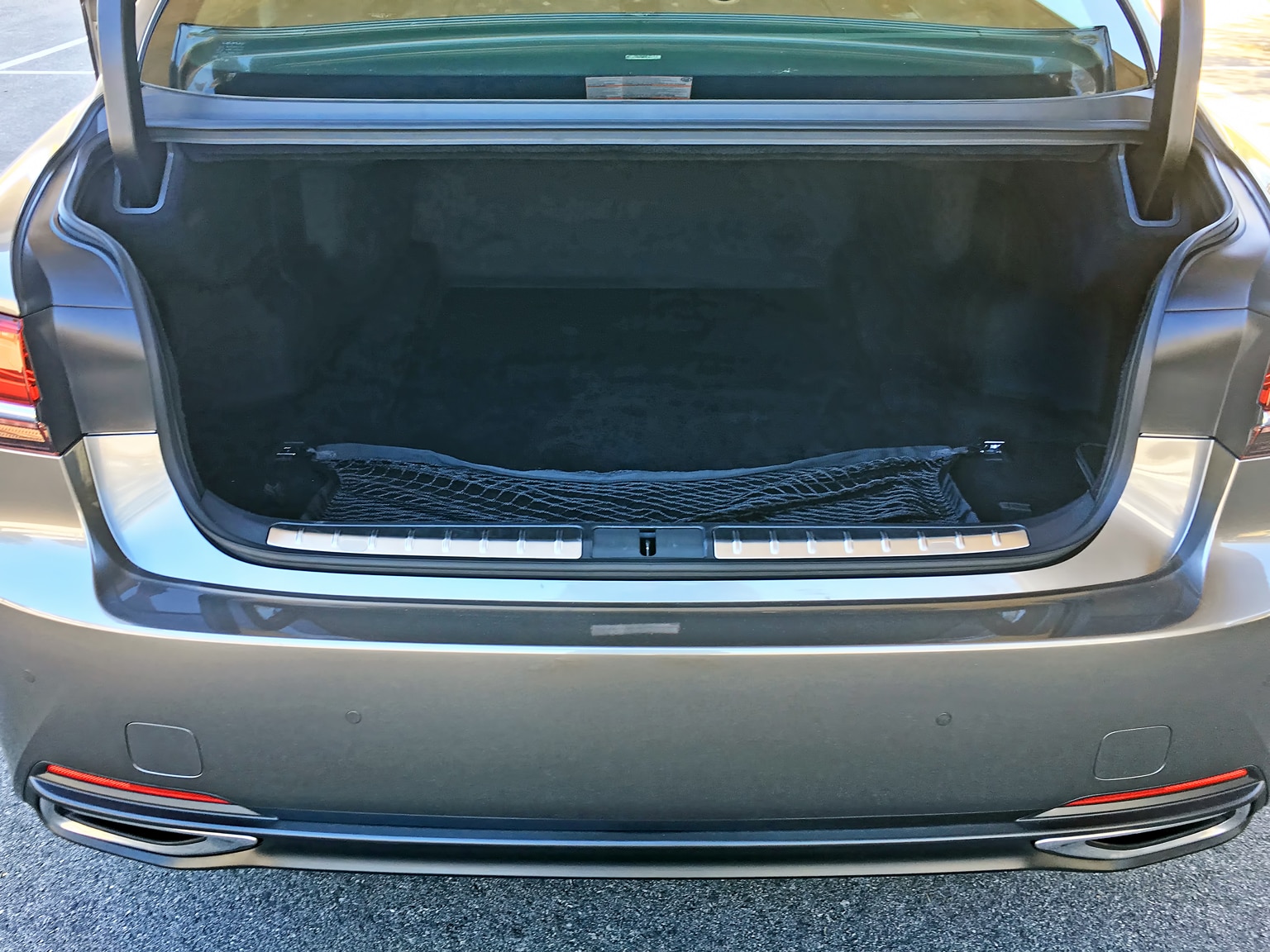 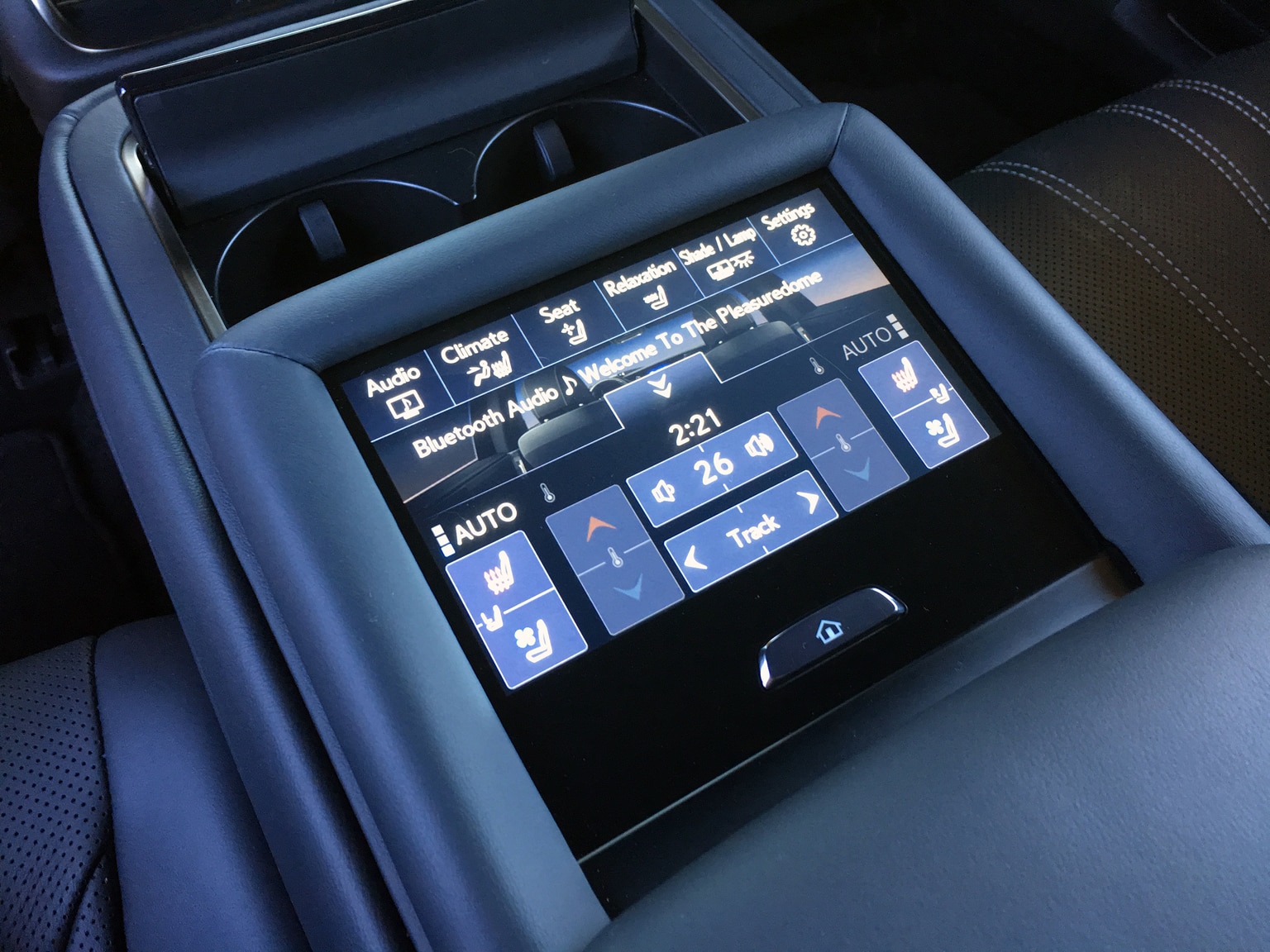 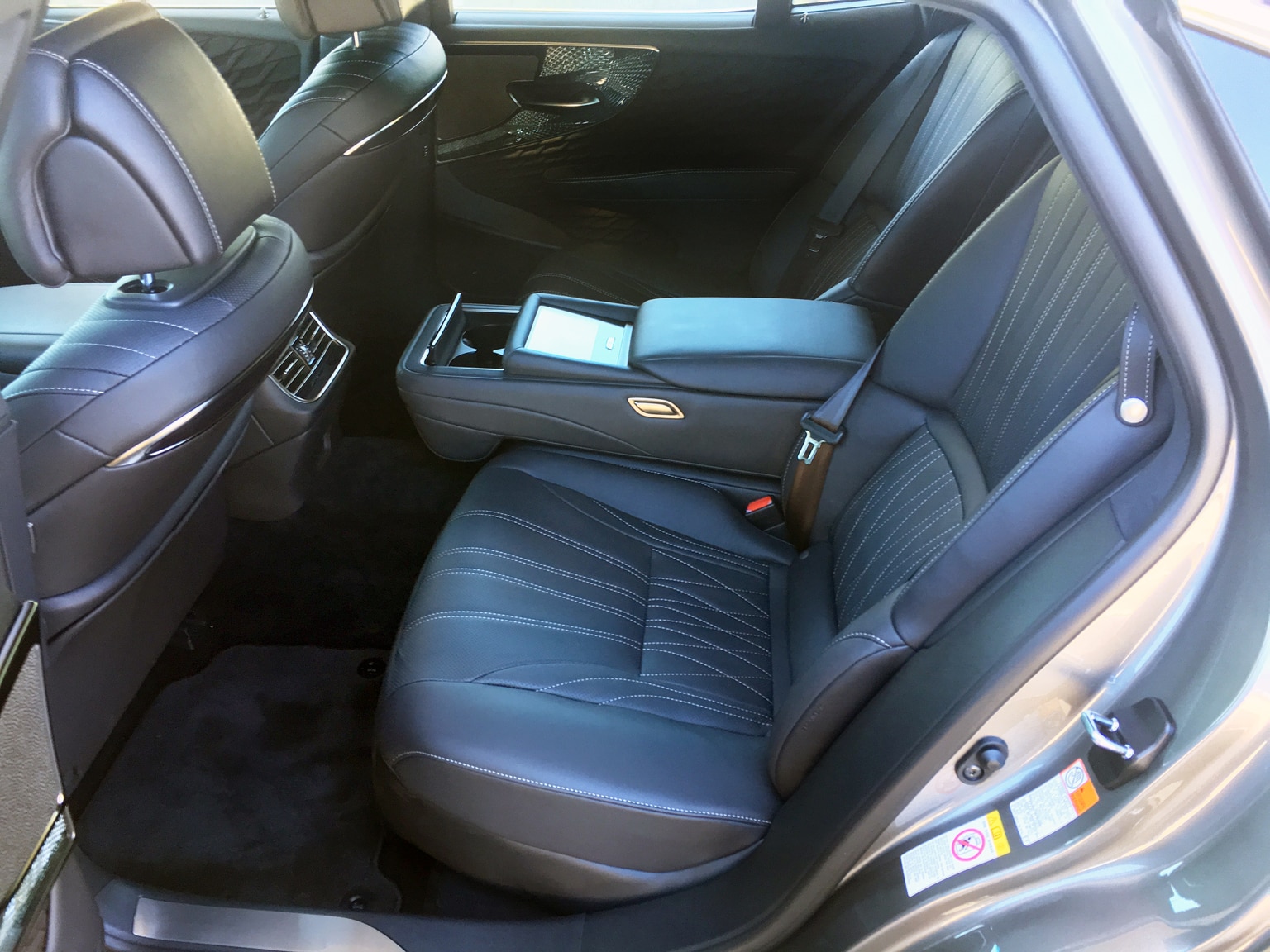 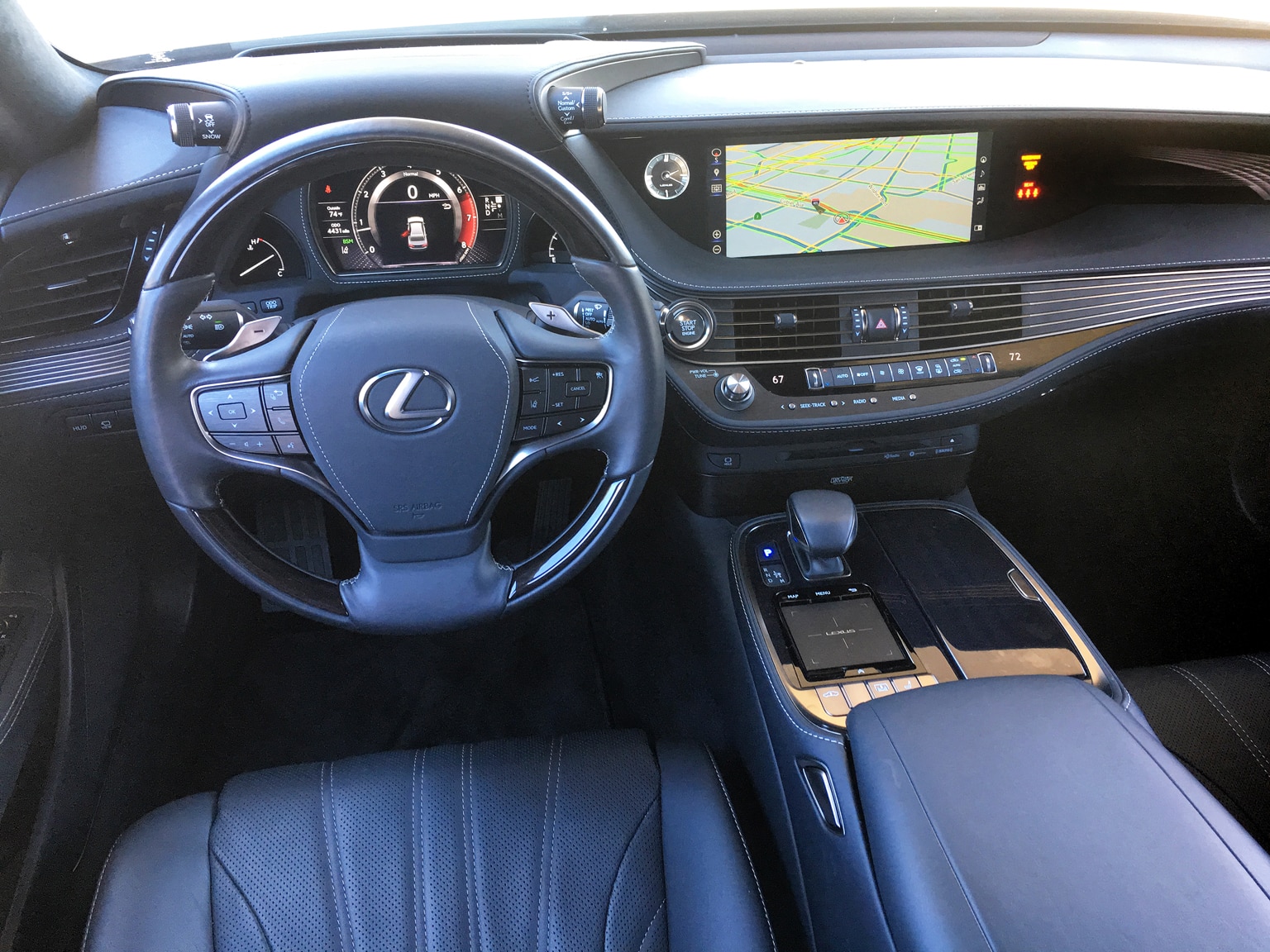 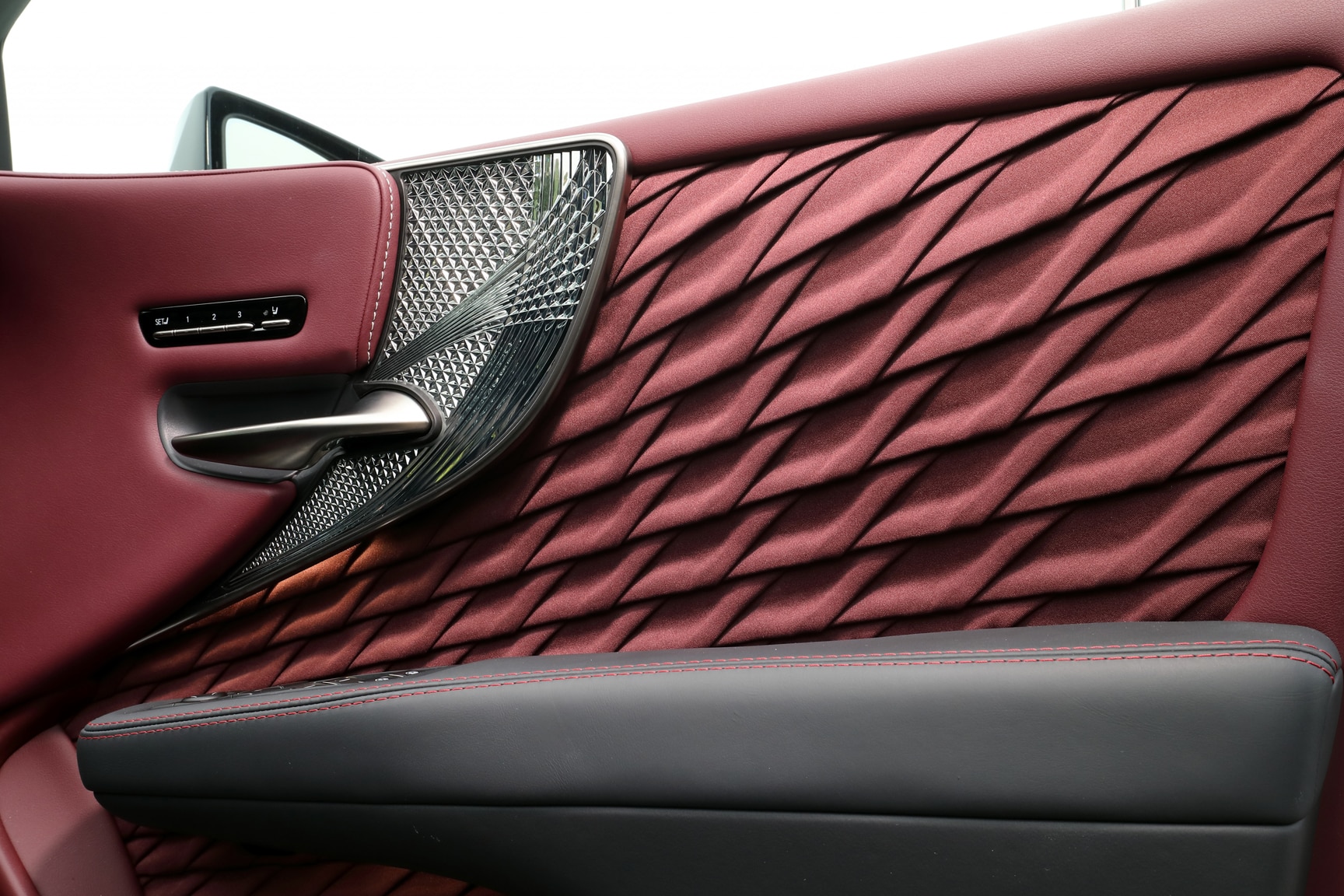