Home » Car Reviews » The UK’s worst areas for winter accidents – where does your town rank?

The UK’s worst areas for winter accidents – where does your town rank? 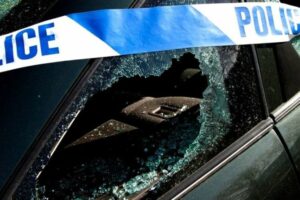 Police at the scene of Carluke road traffic accident

The most dangerous areas in the UK to drive during the winter have been revealed, with Kent topping the list. The county in the South East had the highest number of road accidents over the past five years in the month of December.

All 45 police forces were sent the requests for data involving all accidents during December between 2016 and 2020.

A total number of 26,796 accidents were reported.

Kent had 4,198 crashes on its roads in December over the past five years, a long way ahead of Sussex with 3,065.

Perhaps surprisingly it was the City of London that had the fewest December accidents with just 137 recorded since 2016.

The country of Scotland as a whole had a third less accidents than Kent, with 2505.

Director of Wessex Fleet, Simon Naylor, said: “While many drivers need to travel over the festive period for work, family or other commitments, it’s important to be aware of the dangerous conditions that roads may be under during December and throughout the rest of winter.

Check your car is safe to travel, if you aren’t comfortable with this get a professional to check this for you.

Make sure you take plenty of breaks when driving long distances and keep an eye on the road conditions in wintery weather, only travel if it’s safe to do so to help to avoid accidents.”

When it came to dangerous December roads, the list was dominated by South Wales.

Four of the top five were roads in the area, with a total of 587.

The A470 was the most dangerous, with 216 accidents over the past five years.

The A61 is South Yorkshire was the most dangerous road in England with 68 crashes.

Wessex Fleet also gave motorists tips ahead of setting off on the roads this Christmas.

Tyres and fluid levels should all be checked ahead of time.

And a drink drive calculator should be used to ensure enough time has passed after drinking alcohol.