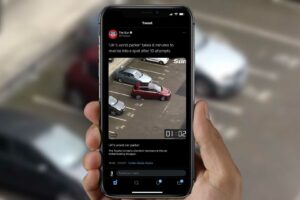 Beginner drivers have a lot to worry about. Apart from trying to get their cars unwanted scratches and dings, parking isn’t exactly the easiest thing to do. Again, we’re talking about beginner drivers, so express a little bit of empathy for those who are just starting out.

Case in point: this driver in the UK, as seen in a Twitter post by The Sun. While we’re not exactly sure if the person behind the wheel of the Toyota here is actually a beginner, the funny video that you can watch in the embedded tweet below is a piece of stark, gleaming evidence.

As you should have seen by now, the driver here took a good eight minutes to park in a parking lot with several unoccupied spaces. Worse, the driver was only parking perpendicularly, which is the easier way compared to parallel parking. After 10 attempts, the driver finally completed the seemingly daunting task. Hooray, I guess?

In case you’re wondering, the car you see in the video was a Toyota Auris, which is a compact hatchback that isn’t exactly rid of good driving visibility even on reverse. We’re not sure what the issue was, but we sure do hope the driver gets a grip of parking sooner or later, for his/her own sake.

Before we judge the driver here, let’s all reflect and remember the time when we were just learning the ropes of driving. We were all beginners at some point and I’m willing to wager anything that some of you dear readers had difficulties in parking a car before.

We all had to start somewhere and sometimes, those beginnings were embarrassing. Unfortunately for this driver, it was caught on cam.