Minivans don’t often come to mind when thinking of Road & Track’s favorite cars. But, they often serve as the backbone of our magazine photo shoots and are a ton of fun to thrash on track, when given the chance. Some of them are really worth getting to know a bit better too, like this Toyota Estima Emina G-Luxury that’s listed on eBay Motors. It’s one of the coolest, weirdest enthusiast vehicles out there.

Welcome to You Must Buy, our daily look at the cars you really should be buying instead of that boring commuter sedan.

You can tell it already has the “Nineties JDM strange and long name” box checked. Plus, it’s not a nameplate that was sold here. That’s a bit fake, though. Though never sold as the Estima Emina, this model wasn’t some Japan-only forbidden fruit. It was sold here as the Previa, though the Previa was slightly bigger. So the Estima Emina itself, to an enthusiast, is really just a smaller Previa that you can’t take through drivethrus.

Add the G-Luxury moniker, though, and it becomes one of the most over-the-top vans ever built. Toyota went all out; it wasn’t merely an equipment package, the G-Luxury Estimas had higher roofs to easier passenger movement and comfort. That big roof also featured not two sunroofs, with the rear one being massive and power operated. 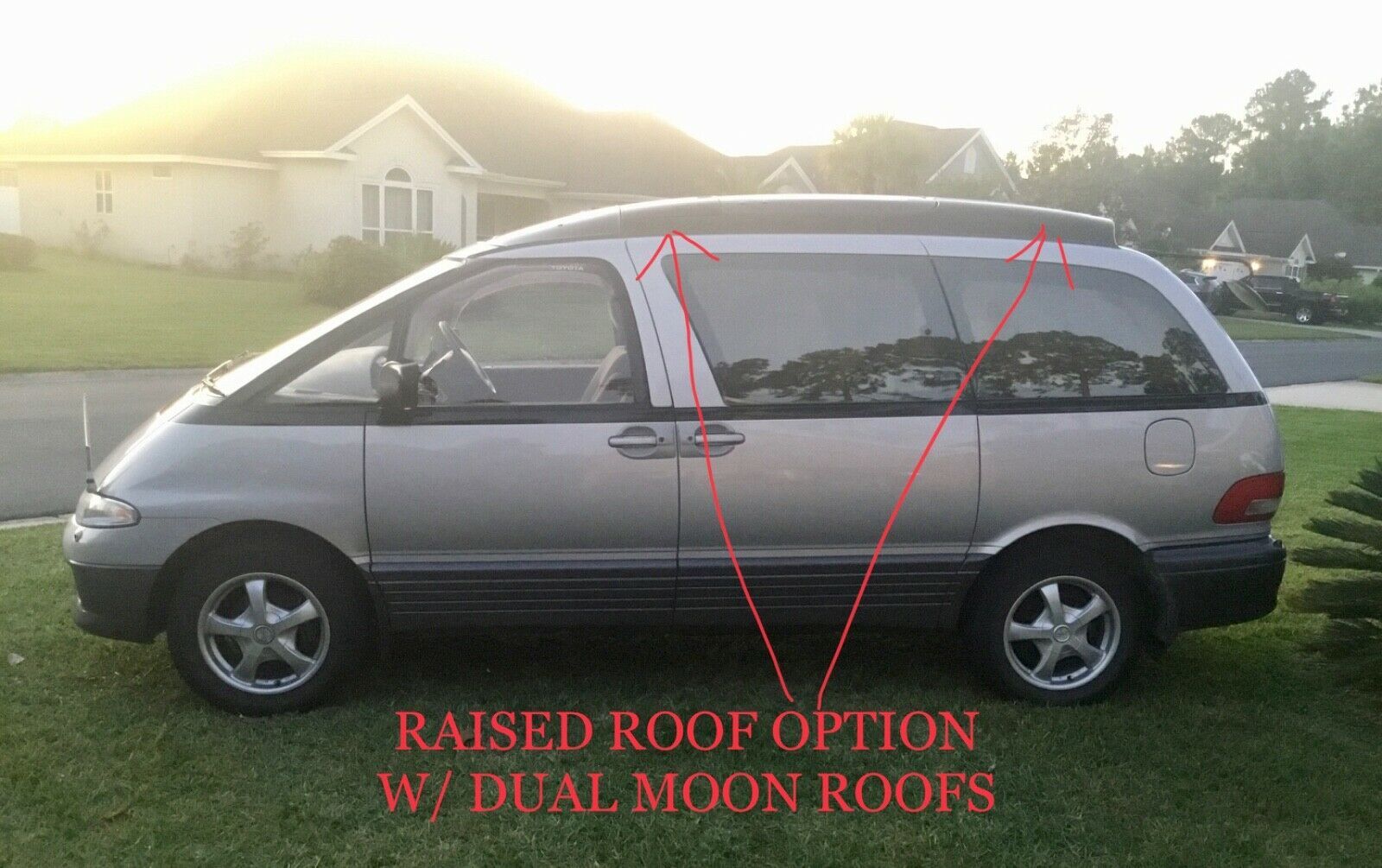 It gets cooler, too. Literally, with an insulated box up front that can be heated or cooled. That means food can be kept hot or cold on long trips, distributed to passengers who can eat in their swiveling second-row seats. Should they desire privacy during their impromptu picnic, they also get power curtains on the windows and over the rear windshield. That’s the height of luxury.

Sure, other brands now make high-roof vans in other markets. There are modern Toyotas and Hondas in Japan, Kia Carnivals in Korea, and the Lexus LM in China. But because Toyota was doing this so long ago, you can now import these original luxury vans. This one, for sale on eBay, is only $11,000.

Find me another car that cheap with power curtains.

END_OF_DOCUMENT_TOKEN_TO_BE_REPLACED

END_OF_DOCUMENT_TOKEN_TO_BE_REPLACED
We and our partners use cookies on this site to improve our service, perform analytics, personalize advertising, measure advertising performance, and remember website preferences.Ok