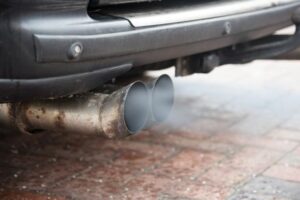 Slater and Gordon, a consumer rights law firm, are working with more than 14,000 people to sue the German automaker in the High Court. It is alleged to have used defeat devices to avoid complying with the law regarding diesel car emissions.

A diesel emissions scandal, dubbed “dieselgate”, rocked the automotive world in 2015, when Volkswagen was accused of covering up the true amount of emissions their vehicles produced.

Since then, the European Union fined Volkswagen and BMW £750million for their involvement in the emissions scandal in July 2021.

Mercedes was not part of this original EU investigation, nor was it fined.

With the new claims being brought forward by Slater and Gordon, they believe an estimated 600,000 Mercedes vehicles in the UK may have been affected by defeat devices, with a potential one million individuals able to make a claim.

Gareth Pope, the lawyer in charge of the claim at Slater and Gordon, said this was an important case to bring forward.

Speaking exclusively to Express.co.uk, Mr Pope said: “Our clients say that they contain defeat devices which is essentially lines of software code which enables the vehicle to pass emissions tests.

“But when driven on the road they admit unlawful amounts of emissions particularly nitrous oxide which is an emission which is regulated because it’s toxic to humans and the environment.

“So what we’re saying is that these Mercedes vehicles are driving around having passed the test but when they drive on the road, are actually highly polluting and shouldn’t have been authorised to be sold in the UK.

“They (claimants) are bringing in action against Mercedes because they have been sold something that wasn’t what they said it was and they have contributed to harming the environment.

“And what’s more is that they have paid for a compliant vehicle when it was not compliant and potentially isn’t compliant even after it’s fixed.

“We have started engaging in pre-action correspondence with the defendants and have started issuing claims as well to protect various time limits that our clients have to sue Mercedes.”