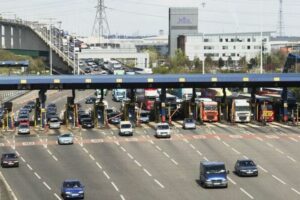 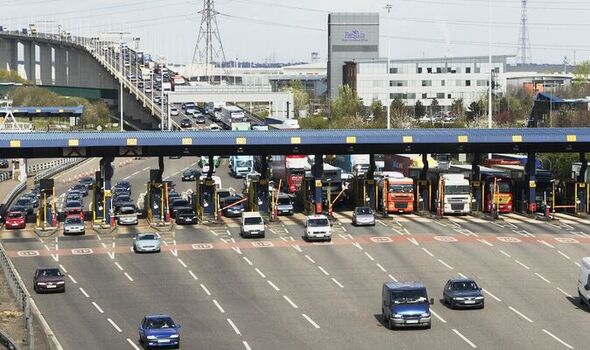 Downing Street is understood to be exploring how to make up a projected £35billion fuel duty shortfall as petrol cars are ditched. Rishi Sunak is likely to cut the levy for the first time in more than 10 years today just as revenue from the tax is expected to plummet in the pivot away from fossil fuels.

“The policy unit is giving it a thorough look and the problems with fuel duty now make it more urgent.”

So far the only major toll road is a stretch of the M6 in the West Midlands, which costs car drivers £7.10, and HGV drivers £12.90. One option would be to phase in more such levies on motorways.

However, the Commons Transport Committee says motorists should pay depending on distance driven, type of vehicle used and the level of traffic.

There are concerns that such road pricing could trigger hostility if it began to affect drivers in towns and cities as opposed to just motorways.

But there may be no alternative to toll roads to replace lost revenue, given electric vehicles are exempt from fuel and vehicle excise duties.

Sales of new petrol and diesel cars are to be banned from 2030.

And the Transport Committee says the £35billion black hole will open up as a result. Chairman Huw Merriman claimed road pricing was an “obvious replacement”.

He added current road levies deliver “four per cent of our total tax revenues but will plummet to zero when we are all driving electric”.

And last night his spokesman said the Government was keeping taxes under review.

He said it is committed to ensuring motor tax revenues keep pace with the switch to electric, as well as to making sure the transition was affordable.

In 2007 then Labour prime minister Gordon Brown scrapped road pricing plans amid fears of a backlash.