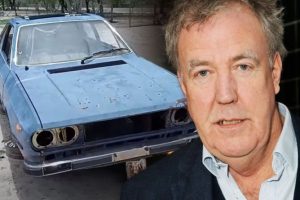 It was feared the classic Lancia Beta Coupé was scrapped over a decade ago before the discovery was made. YouTube channel Alaska to Africa said they found the vehicle after a culmination of three months worth of work.

The discovery was made after hours spent making phone calls and sending emails.

The YouTubers admitted finding the car was always a goal since they moved to Botswana.

Alaska to Africa said Richard Hammond’s self-named “Oliver” Opel Kadett was with him in the UK but the other two cars were left in Africa.

They initially believed the cars would be in a salvage yard but were instead found in the village of Maun where the three hosts visited during the show. 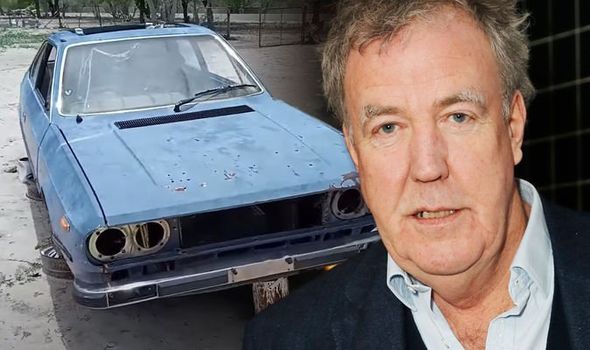 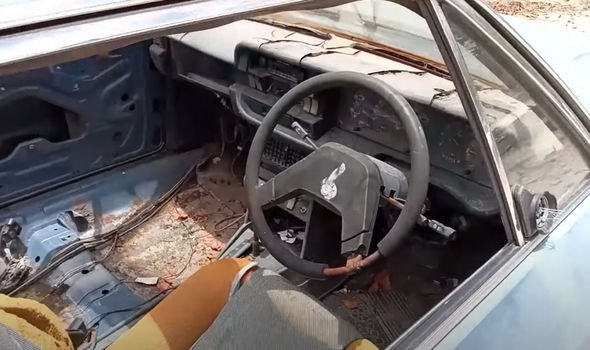 Clarkson’s car was found in a derelict condition held up by a fence post in a sandy field.

All four wheels are hanging off the car and the floor has been caved in to reveal the ground below.

The vehicle is completely missing its headlights while the vehicle’s sunroof has been torn off.

The iconic slogan “Lite Bite” which is clearly visible in the Top Gear episode is still plastered onto the bodywork.

They added: “This car isn’t supposed to exist. All the articles I could find online said this was scrapped almost a decade ago. Here it is, wild.”

Clarkson chose to purchase the model for the episode due to Lancia’s strong history in rally racing.

He comically fitted a wooden door to the side of his secondhand car and claimed many of the dials and components did not work.

Alaska to Africa admitted the vehicle was for sale but the person who owned the car did not have access to the internet.

The YouTubers said they managed to track down the title and registration to prove it was the original car to silence the “nay-sayers”.

The full-length Top Gear episode was broadcast on BBC Two on November 4 2007 as part of Series 10. 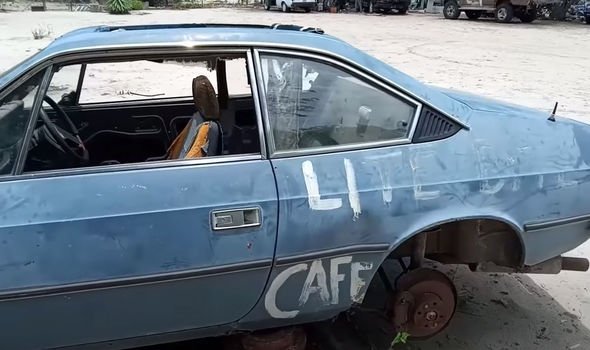 The episode showed Jeremy Clarkson, Richard Hammond and James May travelling across Botswana in a car they had each bought for under £1,500.

Starting at the border of Zimbabwe, the trip took the three boys through Kalahari, the Okavango Delta and up to the Namibian border.

Alaska to Africa said they were hoping to track down James May’s Mercedes in the coming weeks.

His Mercedes-Benz 230E was purchased as he claimed Africa had loved the vehicle in the past.