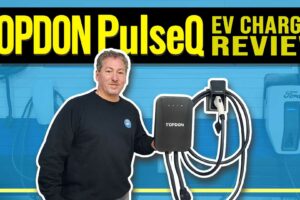 Shenzhen-based Topdon, known for its portfolio of automotive diagnostic tools, recently entered into the EV charging business with a 40-amp level 2 EVSE called the PulseQ. With a reasonable starting price of $449.00, we thought the PulseQ was worth checking out. Therefore, we requested and were sent a unit to review.

We used the PulseQ to charge a variety of electric vehicles for a few weeks before putting it through our usual testing procedures. We learned that the PulseQ is a decent first offering from Topdon, but we did uncover some issues and shortcomings that should be corrected and improved upon. 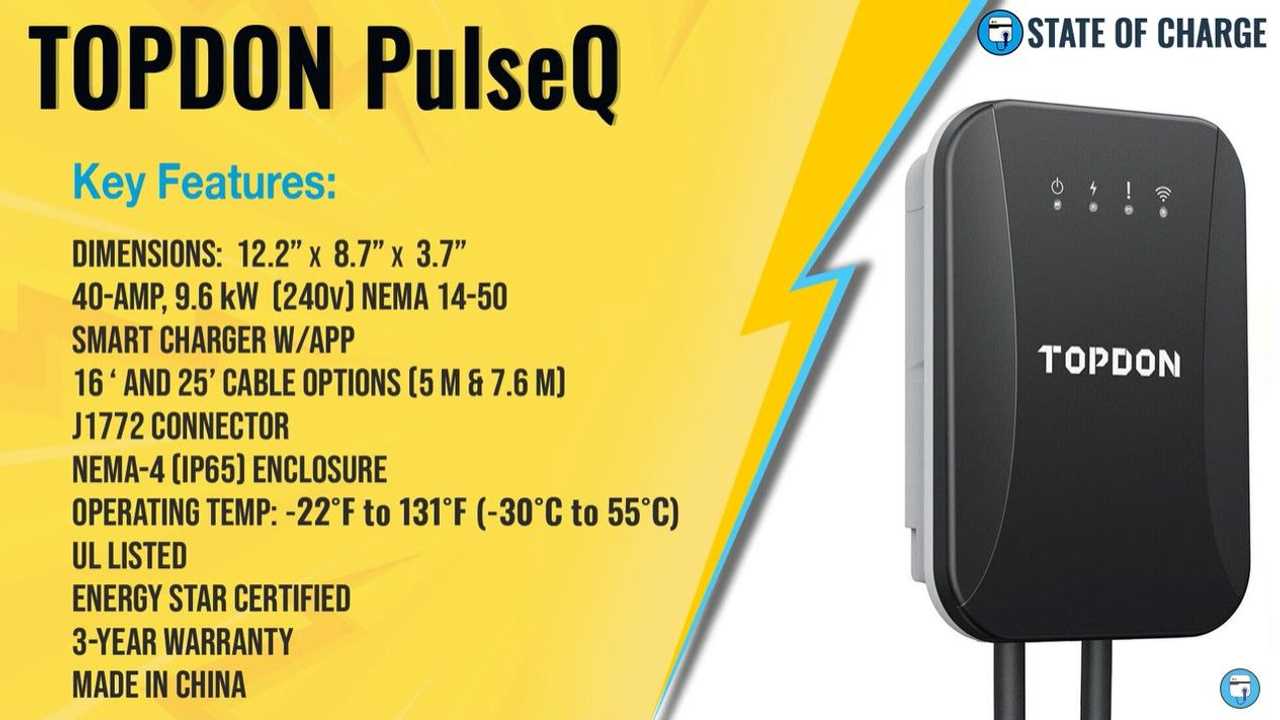 The PulseQ is available with either a 16-foot (5 meters) or a 25-foot (7.6 meters) cable with the longer cable adding $100 to the cost for a retail price of $549.00. It can deliver up to 9.6 kW to the electric vehicle but the power delivery can be lowered through the PuluseQ app if it works, but more on that later.

It has a robust NEMA 4 enclosure which protects the innards from blowing rain and snow, so it’s suitable for outdoor installations even in harsh climate areas. However, the cable failed our cold weather deep freeze test so we cannot recommend the unit for outdoor installations in areas where the temperature frequently drops below freezing. In fact, the cable was one of, if not the worst-performing cable we’ve encountered in our cold weather testing.

The PulseQ is safety certified and is UL listed, it’s also Energy Star certified and comes with a three-year manufacturer’s warranty.

In addition to the poor cold weather cable performance, the PulseQ failed our automatic restart test. The test involves initiating a charging session with the EVSE and while it’s actively charging, we turn off the circuit breaker to replicate a power outage. We then turn the breaker back on and once the charger reboots, it should begin to charge the EV again.

This test is important in case you have a temporary power outage while the car is charging, which is often overnight. You want the charger to begin charging the vehicle again once the power is restored. Unfortunately, the PulseQ didn’t start charging any of the vehicles we tested again once power was restored, and we ran the test with a Tesla Model 3, a Ford F-150 Lightning, and a Rivian R1T.

Additionally, we were never able to connect the PulseQ to the mobile app. After multiple attempts, uninstalling and reinstalling the app and following the advice of our Topdon contacts, we determined that the unit was defective, and couldn’t pair with the app. You don’t need to pair the charger with an app to use it, but if you buy a wifi enabled smart charger, odds are you plan to use those features. 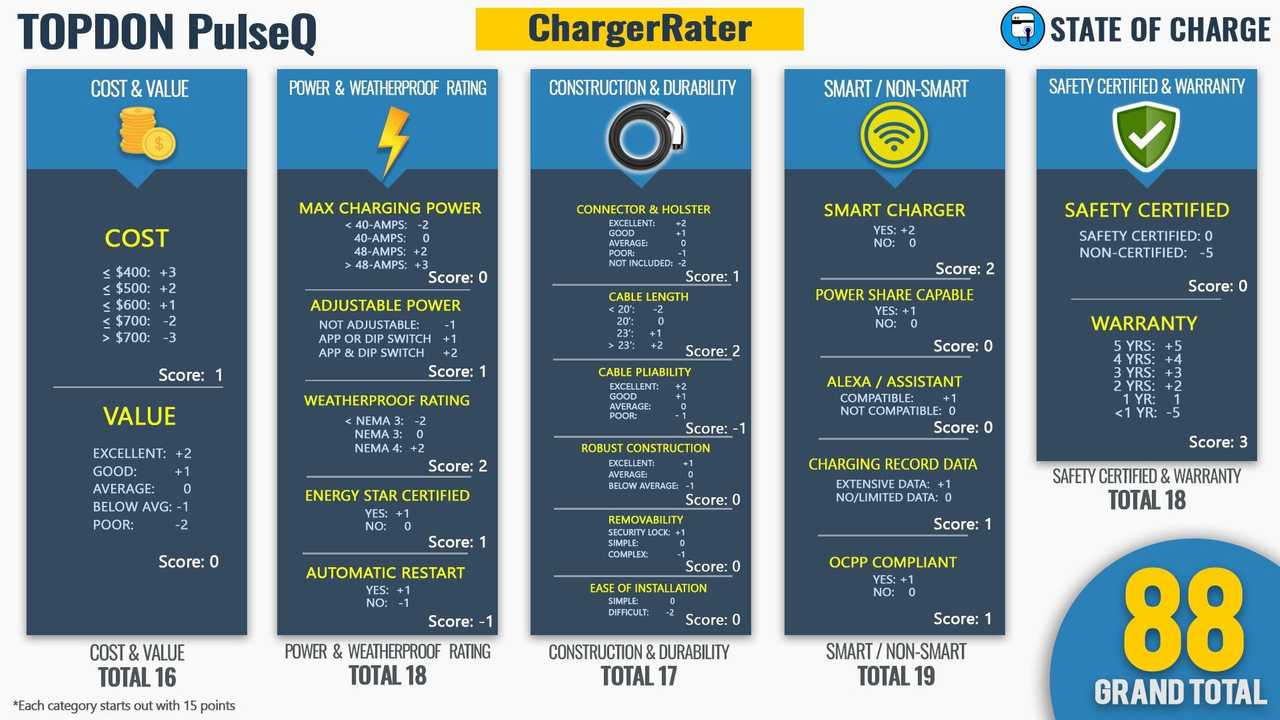 We think the PulseQ is a good first effort by Topdon, but there are some improvements and refinements needed before we can add it to our recommended list. We’ll keep our eye on this newcomer to the EV charging space and review its new models as they become available. 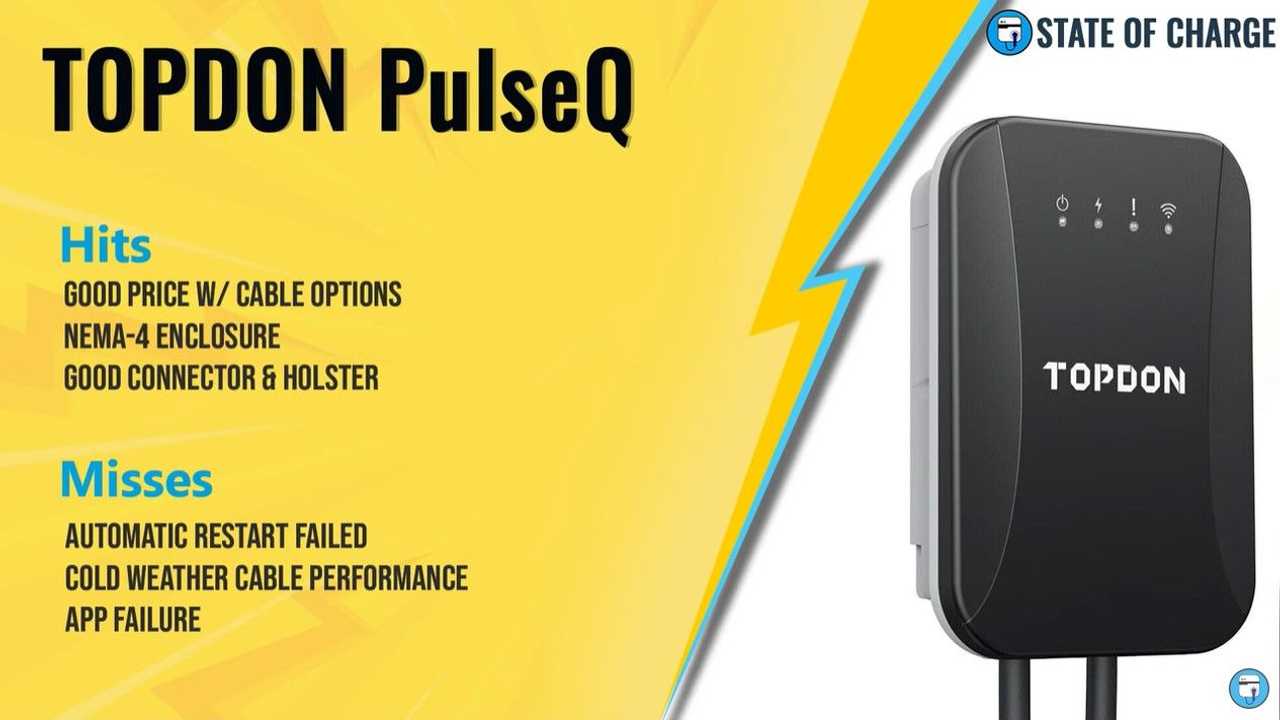