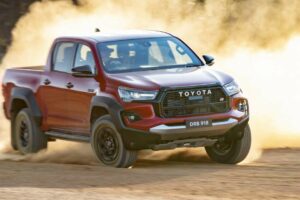 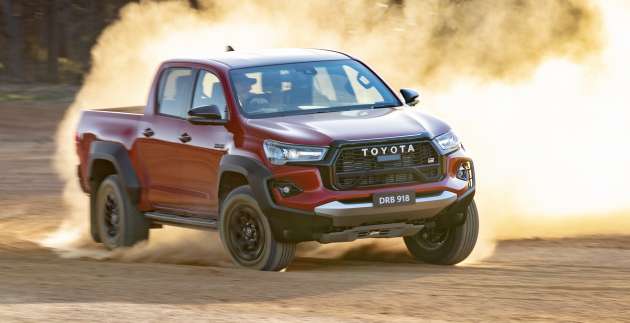 The Toyota Hilux GR Sport exists in many forms in various markets – we’ve seen European, Thai, Japanese and South African versions before this, but this Australian version is the most hardcore one yet and the closest to being a Ranger Raptor rival thus far.

Under the hood, the 2.8 litre turbodiesel four cylinder engine gets tuned up to 224 PS and 550 Nm of torque, something only the South African version got previously. This is complemented by sportier tuning for the automatic gearbox.

Inside, the cockpit gets a monochromatic black theme with bright sports pedals and red seatbelts. GR branding is featured inside and out, including on the steering wheel, headrests, red brake callipers, and exterior badges.

In Malaysia, the range-topping Hilux variant is the Rogue, which is configured with a 204 hp, 500 Nm 2.8 litre four-cylinder turbodiesel engine. With the Ranger Raptor going petrol with the latest iteration, do you think there will be a place for a Hilux GR Sport for diesel fans?