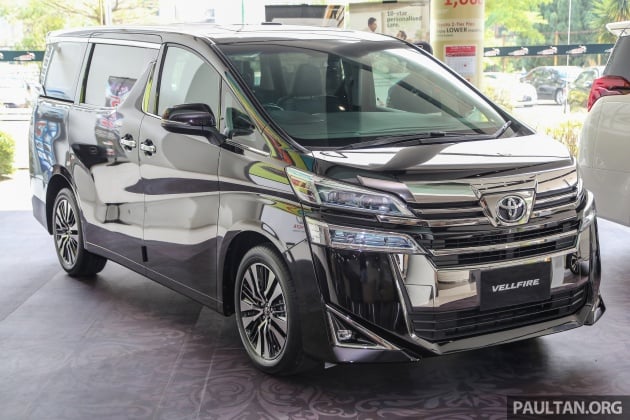 It has been made known that the Malaysian government has switched the official minister car from the Proton Perdana to the Toyota Vellfire 2.5L. The changeover, which happened in April this year, was brought to light in a parliament sitting yesterday.

Bayan Baru member of parliament Sim Tze Tzin asked finance minister Tengku Zafrul Aziz about the cost of leasing the luxury MPVs, which continue to be sourced from the government’s longstanding fleet management partner Spanco. In response, Zafrul said that the total monthly lease for each unit comes up to RM5,759, which includes RM4,852 to rent the car and RM908 to maintain it.

It should be noted that the Vellfire supplants the stretched version of the Perdana, which has always been reserved for ministers. The standard-wheelbase variants used by other government officials have already been replaced by the X70, also supplied by Spanco.

The news also confirms that Spanco retains the government contract it has held since 1994. Early last year, it was reported that a Naza-Berjaya consortium had secured a new deal, but that was with the Pakatan Harapan government which has long since fallen.