Trans Am rift leads to split series in Australia There will be two competing Trans Am 2 series in Australia this year after plans for a single national championship fell through at the 11th hour.

The V8-powered category has been running down under in an unofficial sense, known as TA2 Muscle Car Series, for a number of years, with a strict set of technical rules mandating the use of a Howe Racing Enterprises chassis and a GM Motorsport engine and driveline.

Last year it was announced that Australian Racing Group would form a management alliance with the existing TA2 category, which then led to the TCR Australia promoter completing a formal deal with the Trans Am Racing Company in the US to create a national series several weeks ago.

That opened the door for the category to run on significantly higher profile undercards, with deals at the likes of the Adelaide 500 and the ARG-run Bathurst International coming to fruition.

However concerns over the formal Trans Am deal and what that may mean for the control chassis and engine regulations has resulted in TA2 Muscle Car Series boss Peter Robinson re-establishing a breakaway series for 2020 – despite assurances from ARG that there are no immediate plans to make drastic rule changes or introduce new cars.

That means there will be two competing series this year, with the TA2 Muscle Car Series returning to the low-key, non-Motorsport Australia sanctioned Australian Motor Racing Series bill.

“Our Australian TA2 Muscle Car Series is the envy of the world,” said Robinson.

“It is unique and we will continue to run a highly-competitive and driver-focussed independent series as promised to our owners using Howe-built cars to the same-specification with the sole aim of keeping the overall cost of going V8 racing as low as possible for the competitor.”

ARG, meanwhile, has finalised its six-round National Trans Am Series plan, with the series set to kick off at the Adelaide 500, despite rumoured resistance from Supercars.

It will then follow the Shannons Motorsport Australia Championships to Sydney Motorsport Park, Winton, The Bend and Phillip Island before concluding at the new Bathurst event in November.

“Without doubt, the original aim was to have an integrated approach between ARG and [original promoter] PBR that would have seen a two-tier series – one for national competitors and one at a state level, providing choice for competitors.

“While we were close to finalising this arrangement, we eventually agreed that the best way forward was to operate independently.

“It is our goal to give these iconic brands like Mustang, Camaro and the Dodge Challengers the national footprint they deserves, and what better way to kick it off than at the Superloop Adelaide 500.

“Grid sizes will be capped to 32 cars. This is largely dictated by circuit densities, so this will strictly be on a ‘first in, first served’ basis.

“There are already close to 40 eligible cars in the country, and while we understand that there has been a level of uncertainty regarding the category, we firmly believe that a national-level series will be a great step forward for Trans Am competitors.”

With the Hoosier control tyre to be used across both series, competitors will have the option of a combined programme. 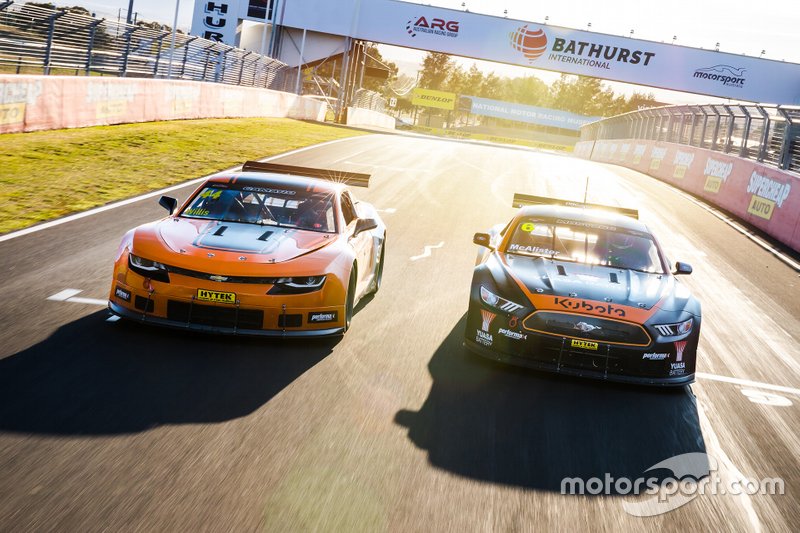