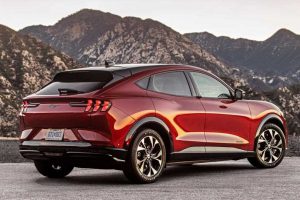 This comes on the heels of GM’s and Ford’s plans to build EVs in Mexico.

According to a report from Automotive News, late last week the UAW suggested that electric car tax incentives should only apply to cars that are assembled in the US. The existing tax credit of up to $7,500 has no requirement that the cars be made on our shores. The report quotes UAW Vice President Terry Dittes:

“The UAW is working with the Biden administration and Congress to make sure that the final legislation extending electric vehicle subsidies is clear that those investments subsidize the jobs of U.S. workers.”

This comes on the heels of an announcement from General Motors stating that it has plans to invest $1 billion in Mexico to build EVs in the country starting in 2023. Michigan Democrat Debbie Dingell followed up with a statement that EVs “must be built in America” and money should not be spent to ship jobs to Mexico.

While there was no official response from The White House related to the UAW’s comments, Biden has already talked about the $174 billion plan to support US EV production. He also said:

” … there’s no reason why American workers can’t lead the world in the production of electric vehicles and batteries.”

GM made the UAW aware that it already has plans to spend $9 billion on domestic battery manufacturing facilities and job creation domestically.

The UAW also recently went after Ford for its plans to build an EV plant in Mexico. According to Automotive News, Ford was planning to build EVs in Ohio, but changed course to assemble them in Mexico, where the Mustang Mach-E is being produced.