UK car theft hotspot named in new research – is your area the riskiest? 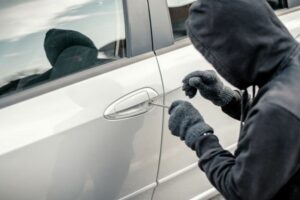 The study, from Co-op Insurance, found that London borough Lambeth was the car theft capital of the UK, shortly followed by Kensington and Chelsea. Outside of London, Watford and Slough also had high rates of car thefts, between 2016 and 2020.

Nine out of the top ten highest theft cities were in London.

Preston was the epicentre for vehicle thefts in the North, with the city being the only Northern area in the top 20, sitting at number 13.

Moray, in Scotland, has the lowest frequency of vehicle theft claims in four years.

Mid Devon had the lowest in England and Denbighshire reported the fewest car thefts in Wales.

According to the insurance data, in the last six months alone, there have been almost 54,000 car crimes in London.

Comparatively, the Greater Birmingham area registered just under 12,000 car crimes, followed by 10,344 incidents in the Sheffield and Leeds area.

Paul Evans, head of motor insurance at Co-op Insurance says: “Having your car stolen is one of the most distressing experiences a person can endure and sadly, it is still something that blights everyday life particularly in our cities.

“Our claims data shows that car crime rates in London have remained continuously high but it’s interesting to see that places like Preston and Stockport are also emerging hotspots in the North.

‘Action needed’ ahead of 2030 petrol and diesel car ban [INSIGHT]

“We’re passionate about helping car owners to keep their vehicles safe – they can do this by researching car crime levels in their own area and also by following some simple steps that will deter a thief.

“People with smaller and perhaps less expensive cars need to be aware that these motor vehicles are hot property for car thieves.

“Our policies are designed to offer peace of mind that should the worse happen, we’ll help you get yourself back on the road in good time.”

Co-op Insurance also revealed the most stolen car models, with the Ford Fiesta unsurprisingly topping the list, as the best-selling car in the UK.