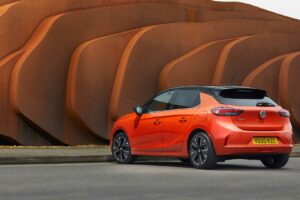 One in six new passenger cars sold last month in the UK was a plug-in.

New passenger car registrations in the UK were down in July by almost 30% year-over-year to 123,296, which makes it the weakest July since 1998.

According to the official report, supply chain shortages affected the market on top of the “pingdemic.”

“The decline was artificially heightened by comparison with the same month last year, when registrations rose dramatically as showrooms enjoyed a full month’s operation following the first 2020 lockdown.

However, the July performance was down -22.3% on the average recorded over the past decade, as the ongoing semiconductor shortage and the ‘pingdemic’ impacted on both supply and demand.”

The situation is much better in the case of plug-in electric segment, which expanded noticeably—by 34% year-over-year to 21,039, taking over 17% of the market for the second month in a row.

So far this year, more than 153,000 new passenger plug-in cars were registered in the UK, reaching an average market share of over 14%.

“…SMMT now estimates that BEVs will account for 9.5% of registrations by year end, while PHEVs are forecast to comprise 6.5% of the market, collectively totalling around 290,000 units by the end of the year.” 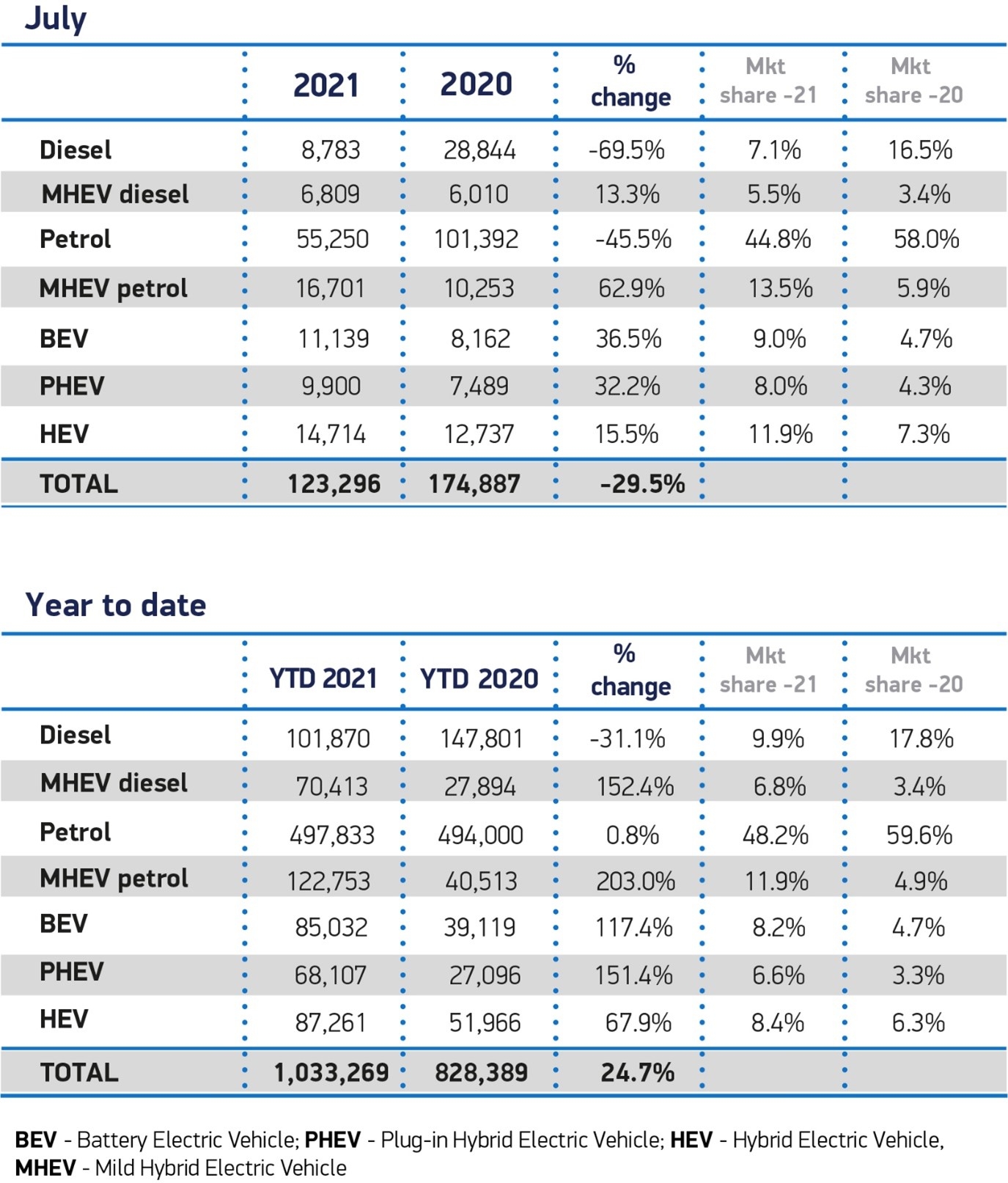 In July, no stand-alone plug-in model made it to the top 10 (in June the Tesla Model 3 was #1 due to a high number of deliveries in the final month of a quarter).

Vauxhall Corsa-e (in the rest of Europe known as Opel Corsa-e) noted 3,120 registrations YTD, which means 11.9% of the total Corsa (the top model in the UK). Vauxhall reports also 1,560 all-electric commercial vehicle sales.