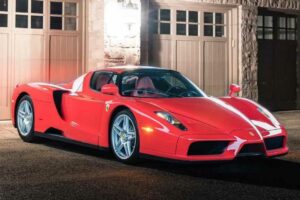 This car’s value is sky-rocketing in the modern hypercar era.

As far as modern-day hypercars go, there is no denying that the 2003 Ferrari Enzo is one of the most important. From its F1-inspired nose to its naturally aspirated 6.0-liter V12, everything about this Italian hypercar is built to perform. And perform it did recently with this stunning example selling for a cool $3.8 million.

While just 400 Enzos left the Ferrari production line between 2002 and 2004, only a handful featured the now-infamous Rosso Scuderia exterior finish, the color of choice for some of the brand’s most famous F1 cars. Add in the fact that this particular car has covered only 353 miles since new and you get a recipe for a record-breaking sale.

While the Ferrari Enzo’s formula might seem quite common compared to other modern hypercars, it was revolutionary back in the early 2000s. It all starts with the car’s F1-derived styling, which is clearly seen thanks to the triangular nose up front. However, the Enzo went beyond what F1 regulations allowed at the time by adding components such as active aero and traction control.

Powering this hypercar is a naturally aspirated 6.0-liter V12 developing 651 horsepower and 485 pound-feet of torque. All of that power went to the rear wheels exclusively via a six-speed automated manual transmission called the F1. Thanks to its carbon-fiber body, the Enzo weighed just 3,260 pounds with a footprint of 185 inches long, 80 wide, and 45 tall – a sizable increase over its predecessor, the F50. 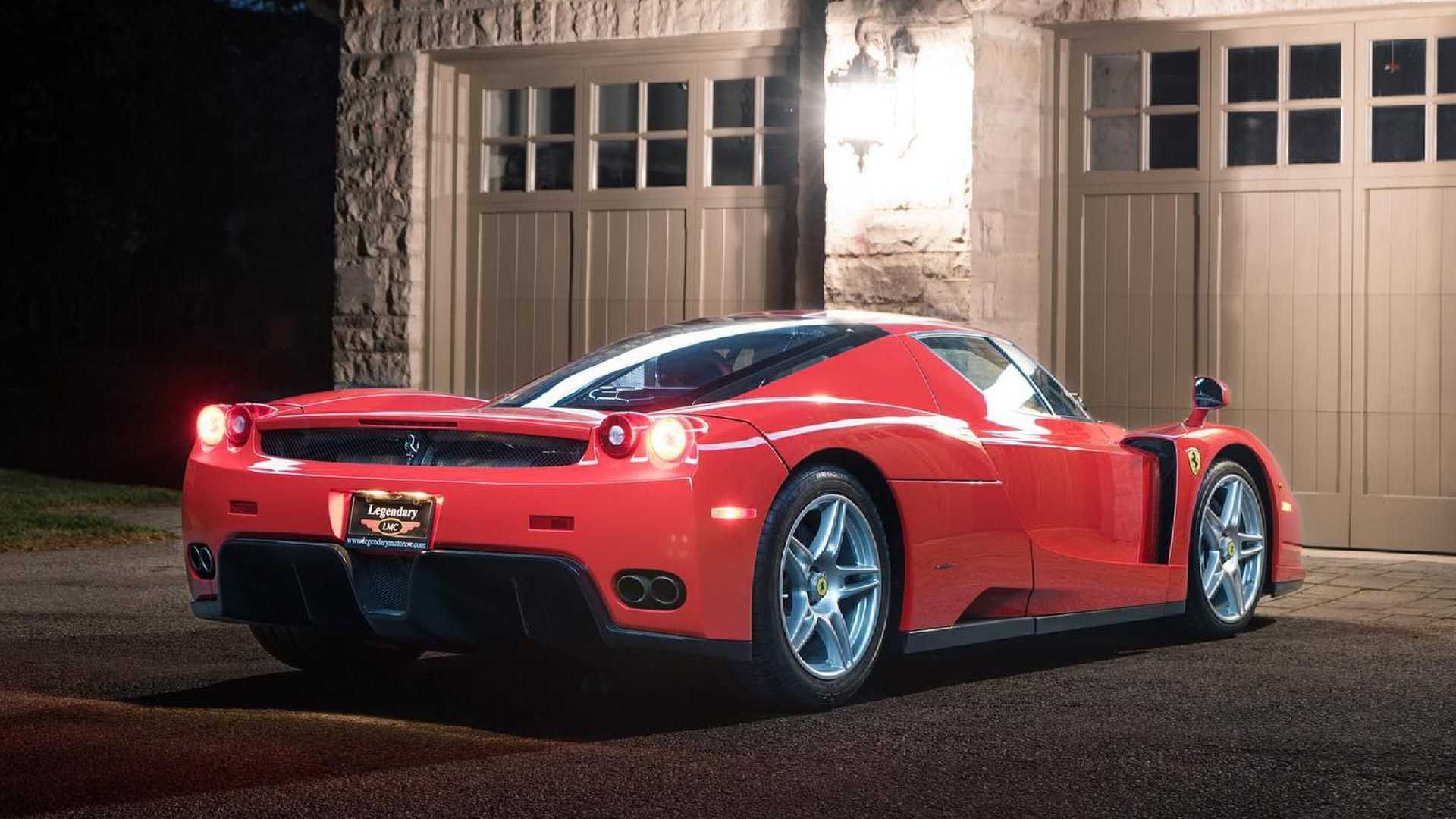 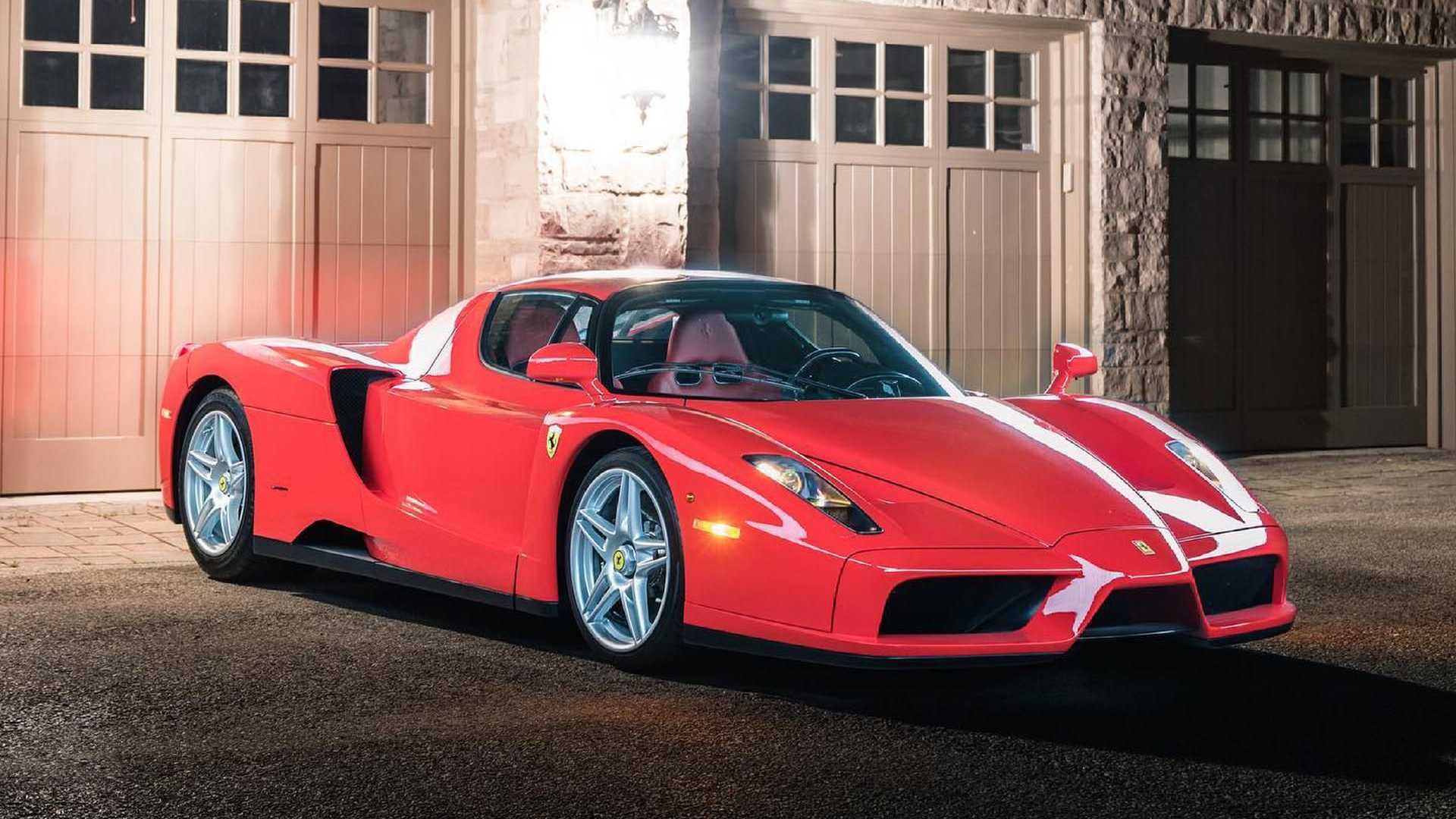 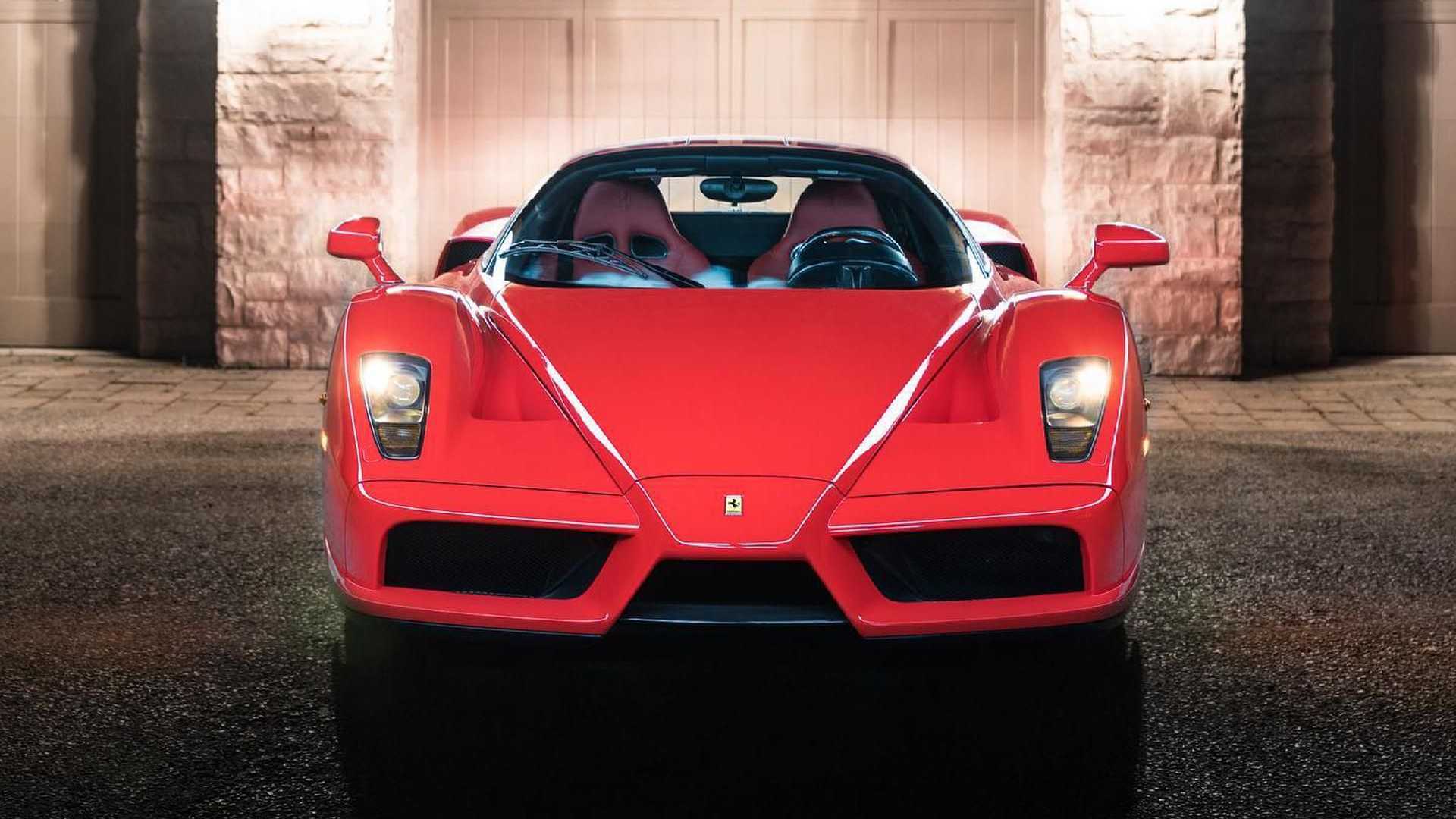 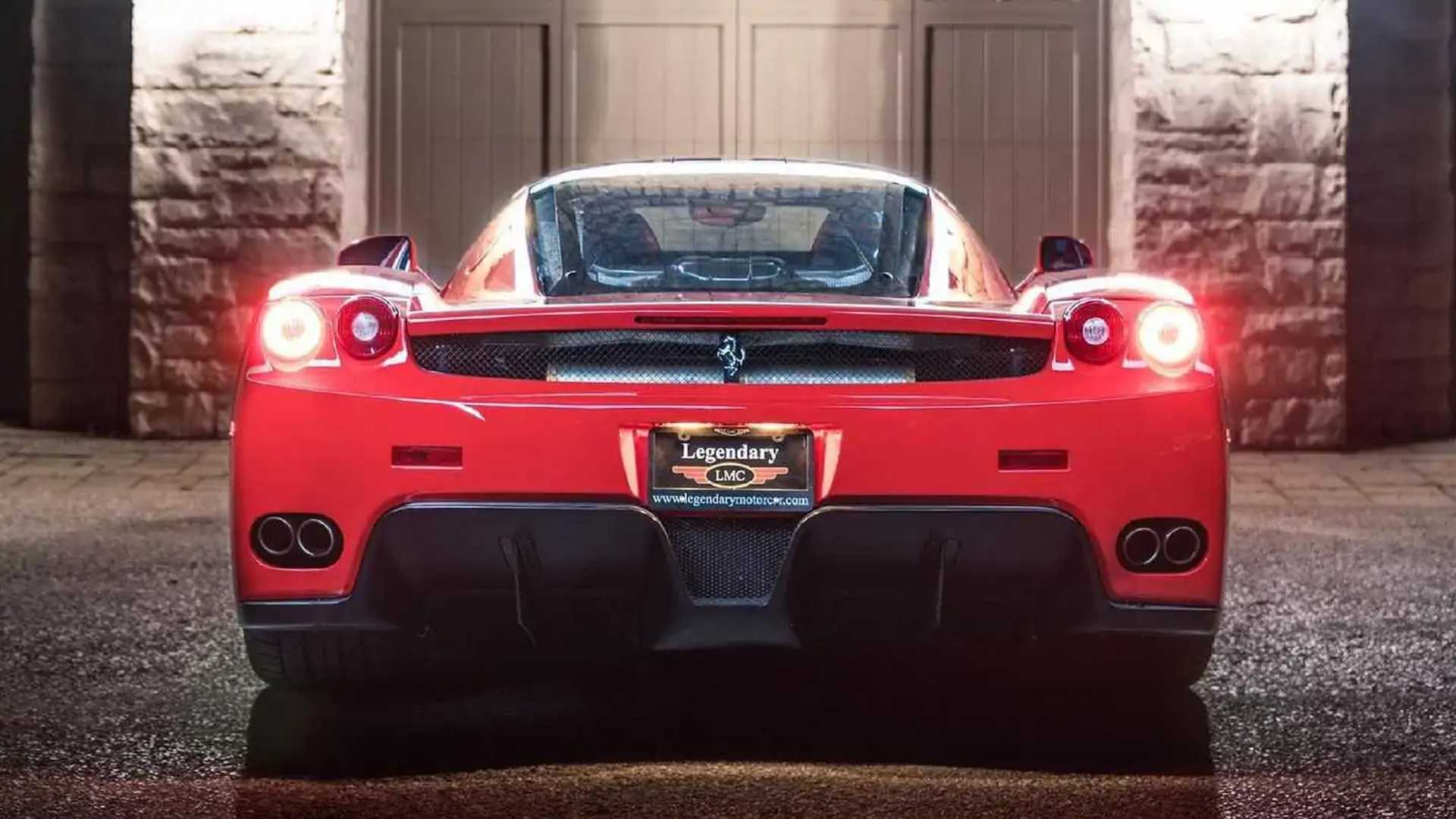 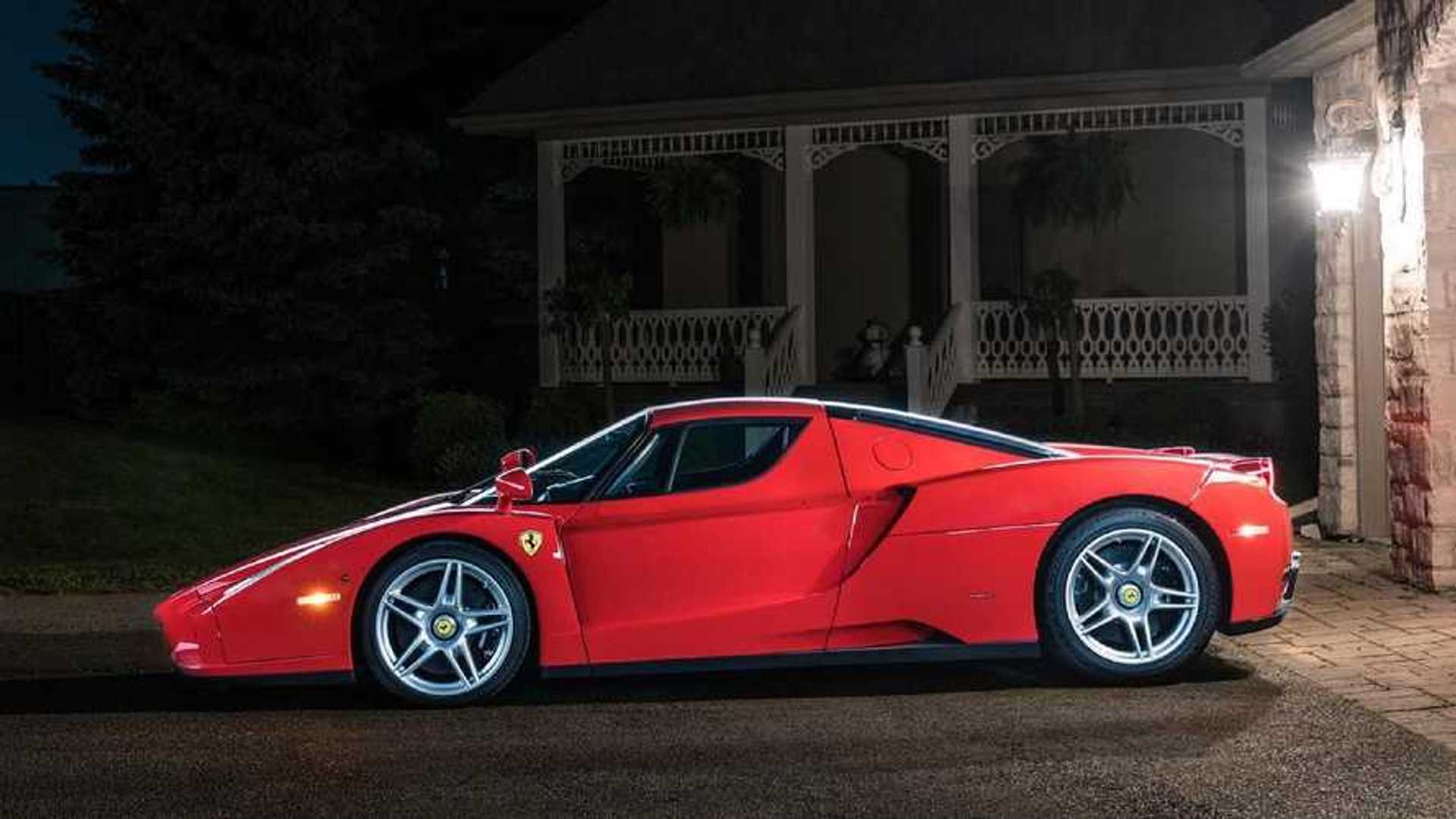 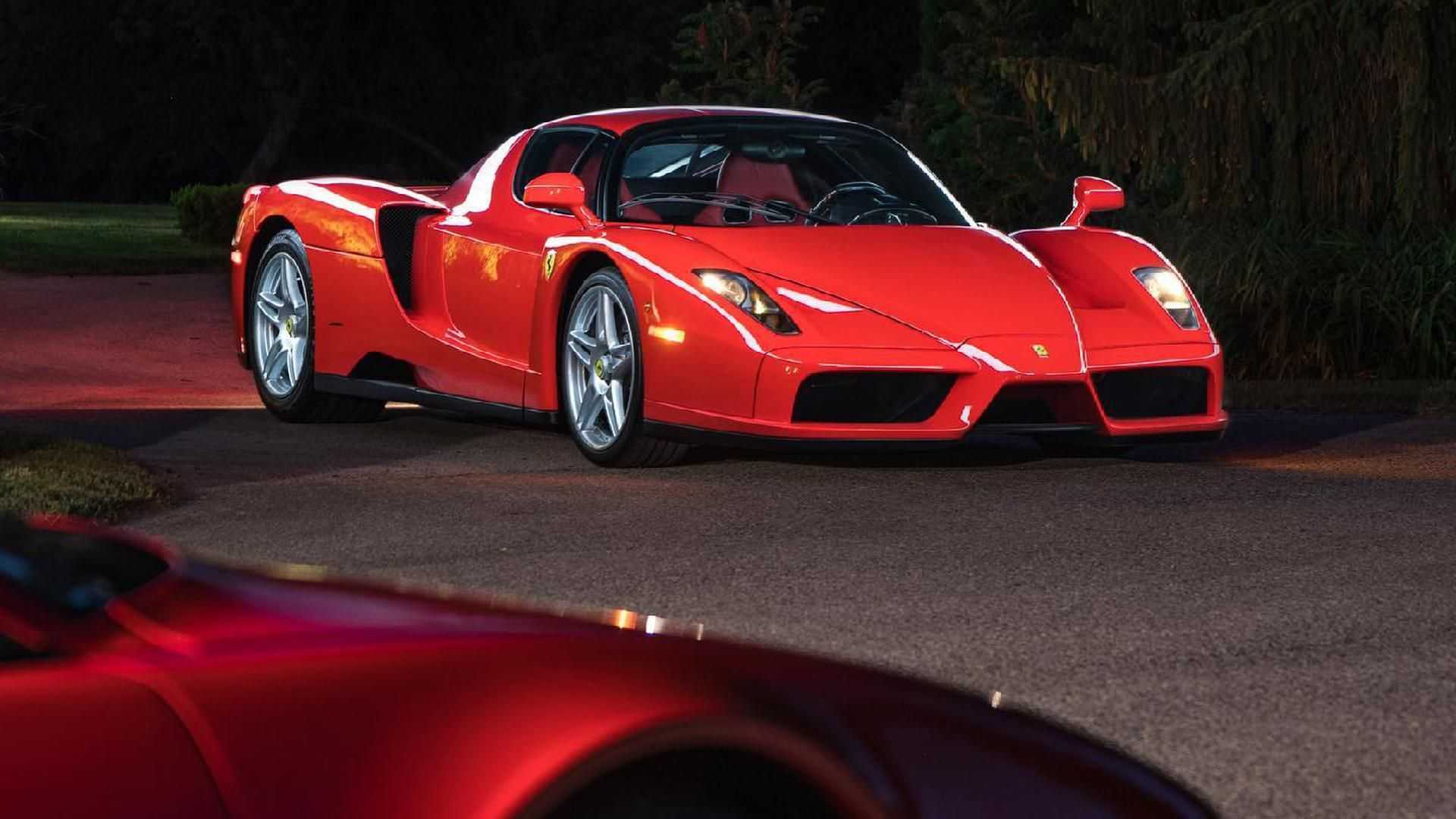 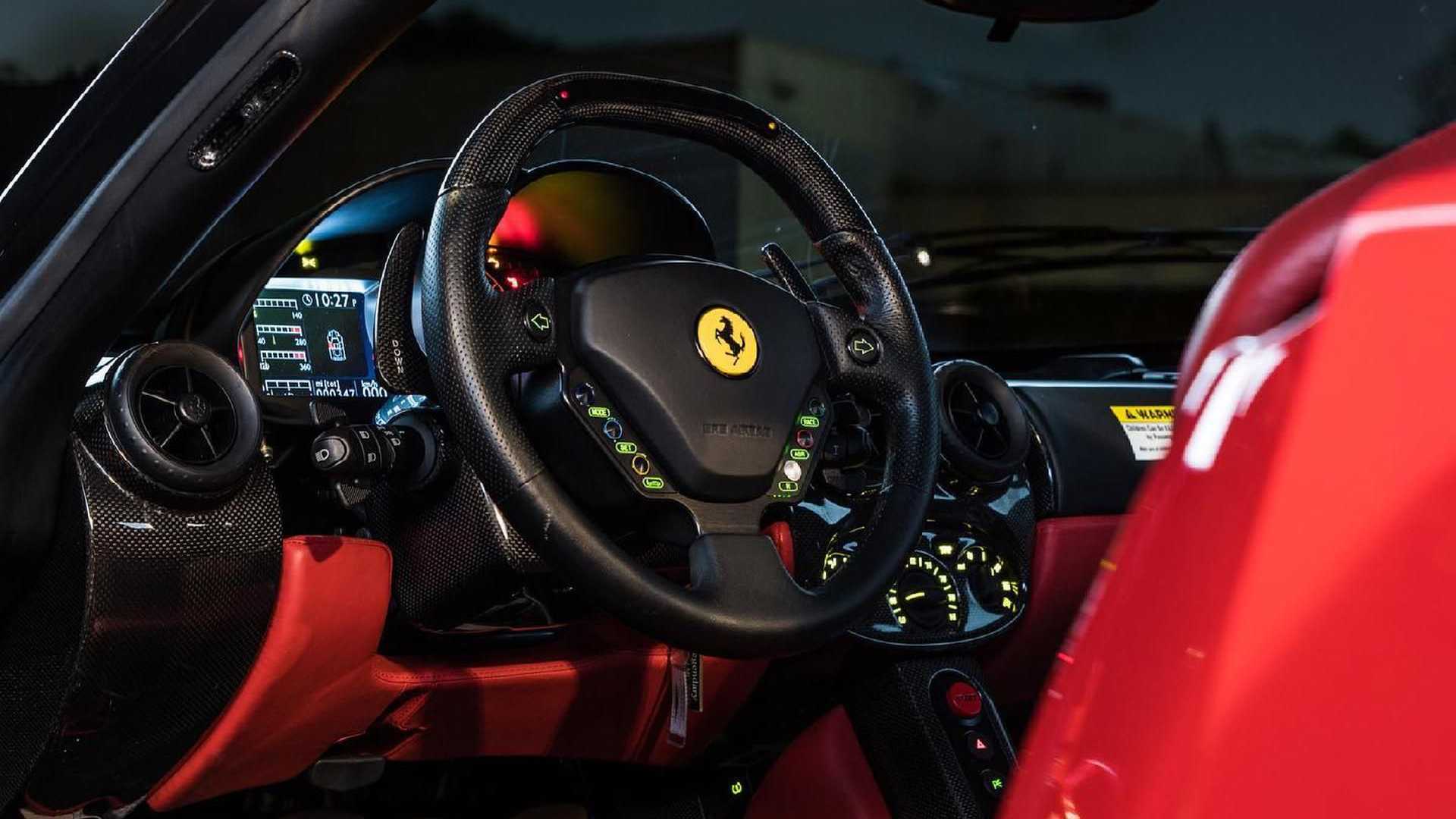 While these elements already make the Ferrari Enzo quite desirable, the particular car we’re looking at today goes a step further. That’s because it features a unique Rosso Scuderia exterior finish, making it one of few ever to leave Maranello wearing this color. At the time of writing it is believed this is the only Enzo to feature this color currently residing in the US. Other owners of this unique combination include Michael Schumacher, Jean Todt, and even Pope John Francis II.

In terms of this exact car, a recent private sale saw it trade hands for $3.8 million, setting a record for the Enzo market. This enormous value was also driven by the fact that with 353 miles on the clock, it is one of the lowest-mileage Enzos left in the world.

According to Hammer Price, the last time an Enzo finished in Rosso Scuderia sold at auction, it brought in over $6 million. However, it is worth noting that it was the last example ever produced, previously owned by Pope John Paul II. As a result, this recent sale at $3.8 million sets the tone as one of the most expensive Enzos ever sold from the original 399-unit production run.

As these cars continue to age, it is becoming increasingly difficult to find ultra-low-mileage examples. As a result, we shouldn’t be surprised if this steep appreciation trend continues. If you’d like to keep track of these values moving forward, Hammer Price offers up a unique platform that provides auction results in real-time. Additionally, you’ll get to see data from previous sales as well.