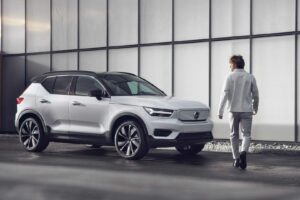 Plug-ins account for more than half of Volvo sales in California.

In California, specifically, the Recharge subbrand accounted for a record share of 51.1% of the total volume, which means that the majority of sales were plug-ins.

An interesting thing is that in Brazil, 100% of Volvo sales were Recharge models (plug-in hybrids, we assume).

“Last month we hit an exciting milestone in our journey to transform Volvo Cars into a pure electric premium car company by 2030, with Recharge models representing more than half of our sales mix in California. With over a full year of consecutive sales growth at Volvo Car USA, we remain confident that our strategy for the future is the right one.”

All that we see so far is still just the early beginning of Volvo becoming an all-electric brand. Things will start to really accelerate once the electric successor of the XC90 will enter the market.

The latest Volvo Concept Recharge gives us some clues what to expect from future Volvo models.