Even touching a phone while behind the wheel could see motorists hit with the penalties as this will cause you to become distracted. Motorists are urged to always store their phone away from them when behind the wheel to avoid any issues with police officers.

Using a phone while behind the wheel will leave motorists issued with a £200 fine and six penalty points.

However, fines may also apply for using a phone while you are a passenger of a vehicle under some very strict circumstances.

It is illegal to use a mobile phone behind the wheel if you are in charge of a while in a car alongside a learner driver. 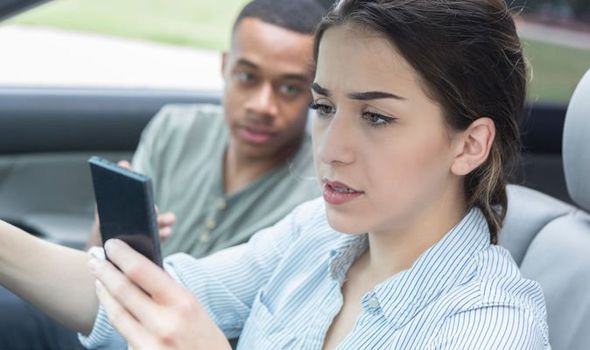 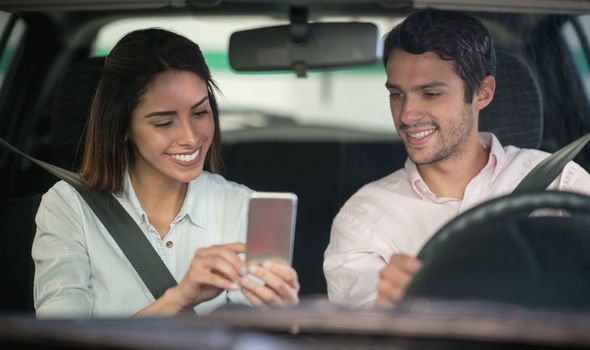 These laws are not just in place for driving schools and may catch out for any friends or family members who are involved with helping someone to pass.

Speaking to Express.co.uk, a spokesperson from RED Driving School said the company does not advocate any form of mobile phone use while driving.

The group also says all mobile phones, including the instructors, must be switched off at all times while behind the wheel.

The statement added: “An instructor supervising a learner driver who only holds a provisional licence is prohibited from using their mobile phone – this includes both voice calls and texting. The penalty is the same for anyone teaching someone to drive.

Vehicle passengers may use their phone inside a vehicle but should never distract the driver to look away.

The mobile phone of the driver should be placed far away from his driving area to avoid the risk of distraction while behind the wheel.

Phones hold never be placed on the passenger seat as this could encourage road users to take a look when they get a notification.

Simply changing a song or reading a quick text is enough for motorists to face the charges if caught by police officers.

Car insurance policies could also be invalidated in the event of an accident where you were distracted by mobile phones as insurance holders will consider this an at-fault claim.

Hands-free devices can be used legally for audio conversations and for navigation purposes as long as the phone is never touched or used while the vehicle is in motion.

Mobile phones and sat-navs must be programmed before a journey begins as this will reduce the likelihood of you getting distracted by making changes. 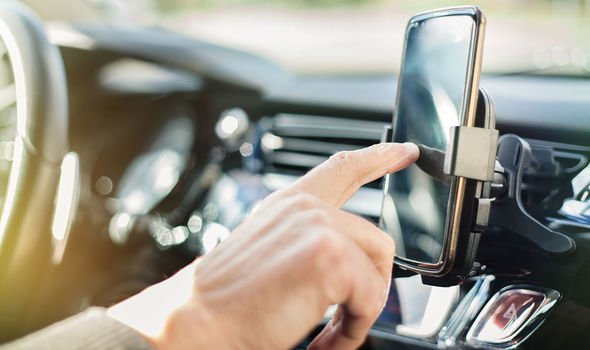 Although hands-free is legal, police officers are still entitled to stop motorists and issue fines if they consider you a risk.

Penalties were doubled in 2017 in a safety crackdown aimed to reduce the number of offences recorded on UK roads.

Data from the RAC found 26 percent of those who were aware of the tougher penalty increases in 2017 still used their mobile phone while behind the wheel.

Four in ten motorists have admitted to talking on their phone while their car was stationary in traffic as 39 percent have confessed to checking emails, texts and even social media channels.

Motorists are allowed to pull over on a road to check their mobile phones as long as this is done in a safe way and your engine is turned off.

The Royal Society for the Prevention of Accidents (RoSPA) claims hands-free devices are not completely safe and can still substantially increase the risk of a driver crashing.

They say motorists who use a phone are less aware of what is going on around them and can miss vital road sins.

RoSPA claims those who use a phone while driving are four times more likely to have a car crash which puts yourself and other road users at risk.