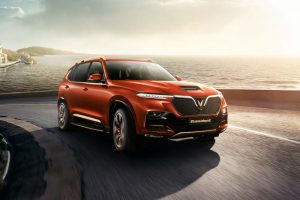 Vingroup is considering an initial public offering (IPO) in the United States of its automotive subsidiary VinFast, which could raise about USD2 billion (around RM8.3) billion, according to a report by Bloomberg.

Speaking to people familiar with the matter, the publication claims Vietnam’s biggest carmaker is working with advisers on the potential offering that could take place this quarter. These sources indicate the company is seeking a valuation of at least USD50 billion (around RM206.5 billion) after a listing.

Generating USD2 billion or more would make VinFast’s IPO the biggest ever by a Vietnamese company after Vinhomes – another subsidiary of Vingroup – first-time share sale in 2018 that raised USD1.4 billion (around RM5.8 billion). It would also make the carmaker the first Vietnamese company to list in the US if successful.

Rumours of an IPO have pushed Vingroup’s share prices by as much as 5.3% on Tuesday to a new record high. In 2021, the company’s share prices rose by 27%, giving it a market value of about USD20 billion. For now, details of VinFast’s potential IPO are unknown, as the size and timeline could change as deliberation are ongoing.

VinFast was first founded in June 2017 and started out with Pininfarina-designed models that used engines and platforms licensed by BMW. It has since ventured into electric vehicles, with a trio of SUVs planned in an announcement earlier this year. The company is looking to deliver its EVs in markets such as the US, Canada and Europe next year, with plans to open a factory in the US as well.