It’s coming to America! We already knew that, but it’s nice to see it here anyhow.

VW ID Talk forum user Wimbledon caught a Volkswagen ID.4 crossover SUV out driving in Phoenix, Arizona recently. He was able to snap the above photo to share.

Volkswagen recently started launching its all-new ID lineup of all-electric vehicles. The first two are the ID.3 and ID.4. Sadly, the ID.3 compact hatch isn’t coming to the States, but the ID.4 is. This is likely because the SUV will have a much better chance of success on our shores.

The Volkswagen ID.4 may be the massive automaker’s answer to the Tesla Model Y, though it’s quite different in many ways. Now we have proof that at least one of these electric crossovers has made it to the States, though there are probably many at this point.

Just about a month ago today, the ID.4 debuted for the U.S. market. It has a starting price of $39,995 and a range of 250 miles. It hasn’t yet been evaluated by the EPA, so we don’t know for sure what the real range will be. However, VW promises “around” 250 miles. We’ve included the full image below for another look, though it doesn’t really reveal anything beyond the cropped version above. 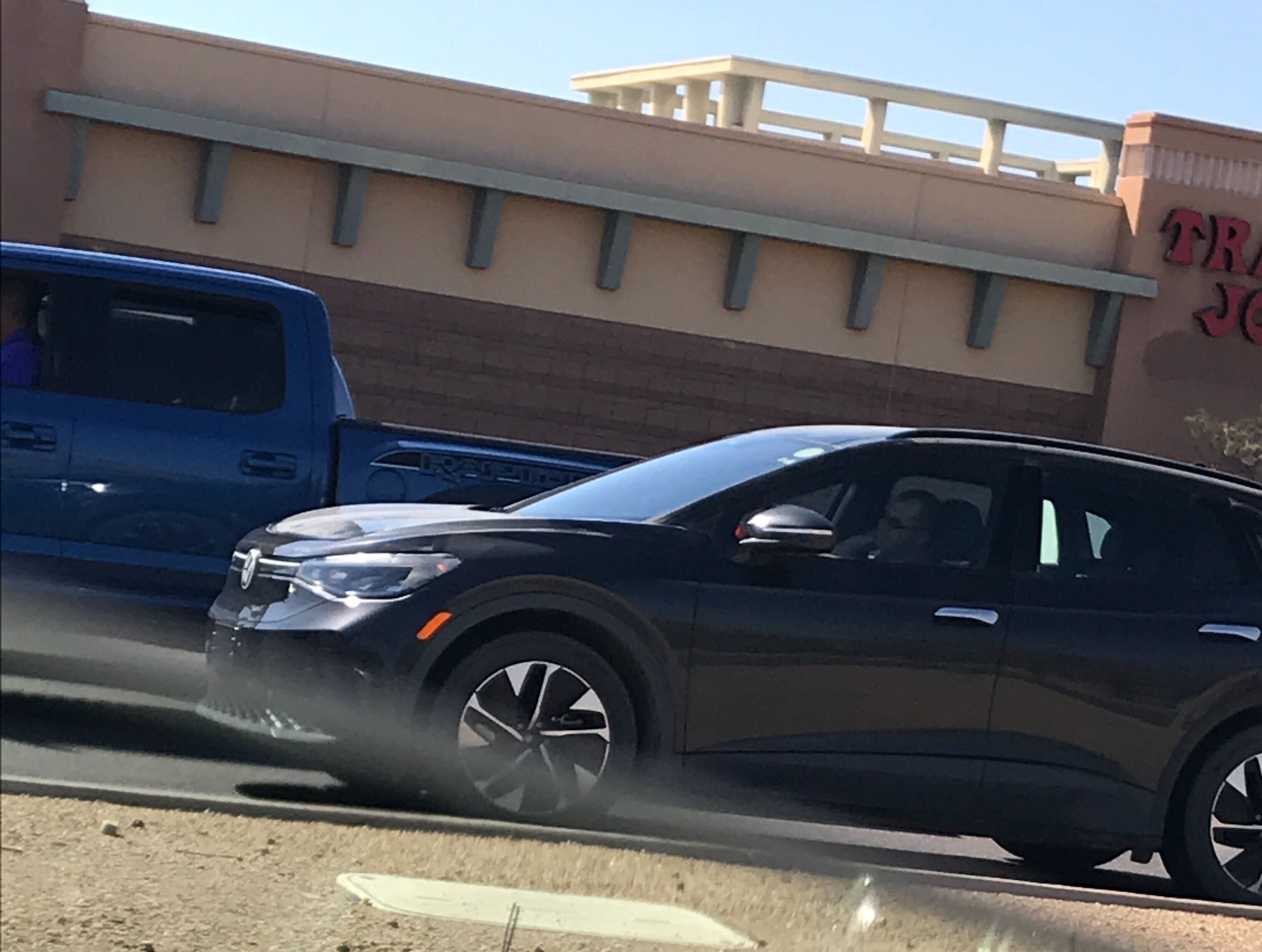 For those looking for a good Christmas or holiday gift idea, or a present to themselves, Volkswagen ID.4 reservation holders have noted that vehicle deliveries are expected to begin in the U.S. between about December 17 and 24. However, these will only be the 1st Edition models imported from Germany, and they’ve already sold out.

EV sales are hot in December. The ID.4 is eligible for the full $7,500 federal electric car tax credit. If you buy in December, you don’t have to wait very long to file your taxes, claim the credit, and get your money back, so to speak.

END_OF_DOCUMENT_TOKEN_TO_BE_REPLACED

END_OF_DOCUMENT_TOKEN_TO_BE_REPLACED
We and our partners use cookies on this site to improve our service, perform analytics, personalize advertising, measure advertising performance, and remember website preferences.Ok