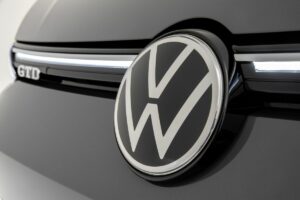 In the latest development concerning the Dieselgate emissions testing scandal that has plagued the Volkswagen Group, the German automaker has reached an agreement with its former executives for settlements totalling 287.8 million euros (RM1.44 billion), including 270 million euros (RM1.35 billion) from its directors’ and officers’ (D&O) insurers, the automaker group said in a statement.

The payments relate to the emissions scandal investigation that began in October 2015 into the causes and persons responsible, which saw the automaker’s supervisory board assert claims for damages against former Volkswagen Group CEO Martin Winterkorn and former Audi CEO Rupert Stadler for breaches of duty.

The agreement for compensation will still need to pass resolution at the upcoming general meeting that is to be held on July 22, said Volkswagen, adding that former Audi executive Ulrich Hackenberg “was not prepared to reach an agreement.” The Audi board instructed for legal action to be taken against Hackenberg, the statement by Volkswagen read.

In March, Volkswagen said it found that an investigation concluded that Winterkorn had breached his duty of care. The agreement with the former executives was made following a review of liability claims that were conducted on behalf of the automaker’s supervisory board by law firm Gleiss Lutz.

The tampering of emissions test results were initially blamed on a small group of engineers, which in August 2017 saw a former Volkswagen engineer receive a 40-month prison sentence for helping to devise software for the emissions defeat devices.

Former executive Oliver Schmidt was sentenced to seven years in prison later that year in December 2017, in addition to a US$400,000 (RM1.63 million) fine for his part in the scandal; Schmidt was the automaker’s emissions compliance manager from 2012 until February 2015.

The automaker was discovered in September 2015 to have used emissions defeat devices in its vehicles, for which then-CEO Winterkorn issued an apology. This was later found to go beyond the VW brand and into vehicle in the wider VW Group with it 3.0 litre turbodiesel V6, which the automaker confirmed.

To date, the ongoing scandal has cost the company more than 32 billion euros (RM161.2 billion) incurred in fines, component refits and legal fees.