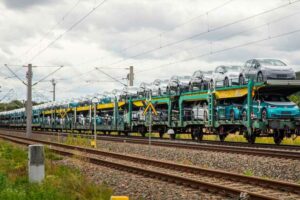 It seems that the ongoing chip crisis is mostly affecting mainstream brands as exotic and performance automakers like Lamborghini and Rolls-Royce are reporting record sales for 2021. That’s not the case with Volkswagen Group, though, as the multinational automotive conglomerate registered a 4.5-percent decrease in its combined global sales of passenger and commercial vehicles.

Two of Volkswagen Group’s other core brands also didn’t have a very successful year. Audi saw a minor 0.7-percent decrease with a total of 1,680,500 deliveries, leaving the German brand third and way behind its premium rivals from BMW and Mercedes-Benz. Meanwhile, Skoda was down 12.6 percent to 878,200 global sales in 2021.

On the other hand, SEAT had a solid performance with 470,500 sales, up from 426,600 the previous year. Porsche set a new all-time annual record delivering more than 300,000 cars, with the Macan being the brand’s best-selling product with 88,362 global deliveries. The increase in sales of Porsche of 10.9 percent is the largest of all core brands from Volkswagen Group.

In the commercial division, MAN and Scania were particularly successful, going up from 2020 by 27.8 percent and 25.4 percent, respectively. VAG’s exotic and supercar division, consisting of Lamborghini, Bentley, and Bugatti, also performed better compared to last year by 23.6 percent with a total of 23,100 deliveries.