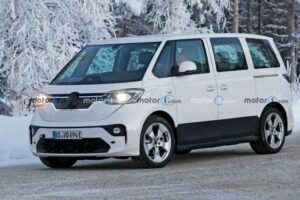 About a month ago, Volkswagen gave us a very detailed preview of the final production version of the ID. Buzz. During the debut of the ID.5, the Wolfsburg-based automaker dropped a surprise in the form of a colorfully masked electric microbus that basically unveiled its design. Now, we are happy to share a batch of spy photos adding further to that teaser.

What you see in the gallery below is a prototype of the ID. Buzz testing in cold winter conditions with nearly no camouflage. There’s some tape covering the headlights and trying to fool our eyes on the actual shape of the clusters and VW’s logo is also hidden. The front bumper is basically undisguised and we can take a look at the grille and the fog lamps surrounding it. In this area, this trial vehicle differs from the prototype teased last month. 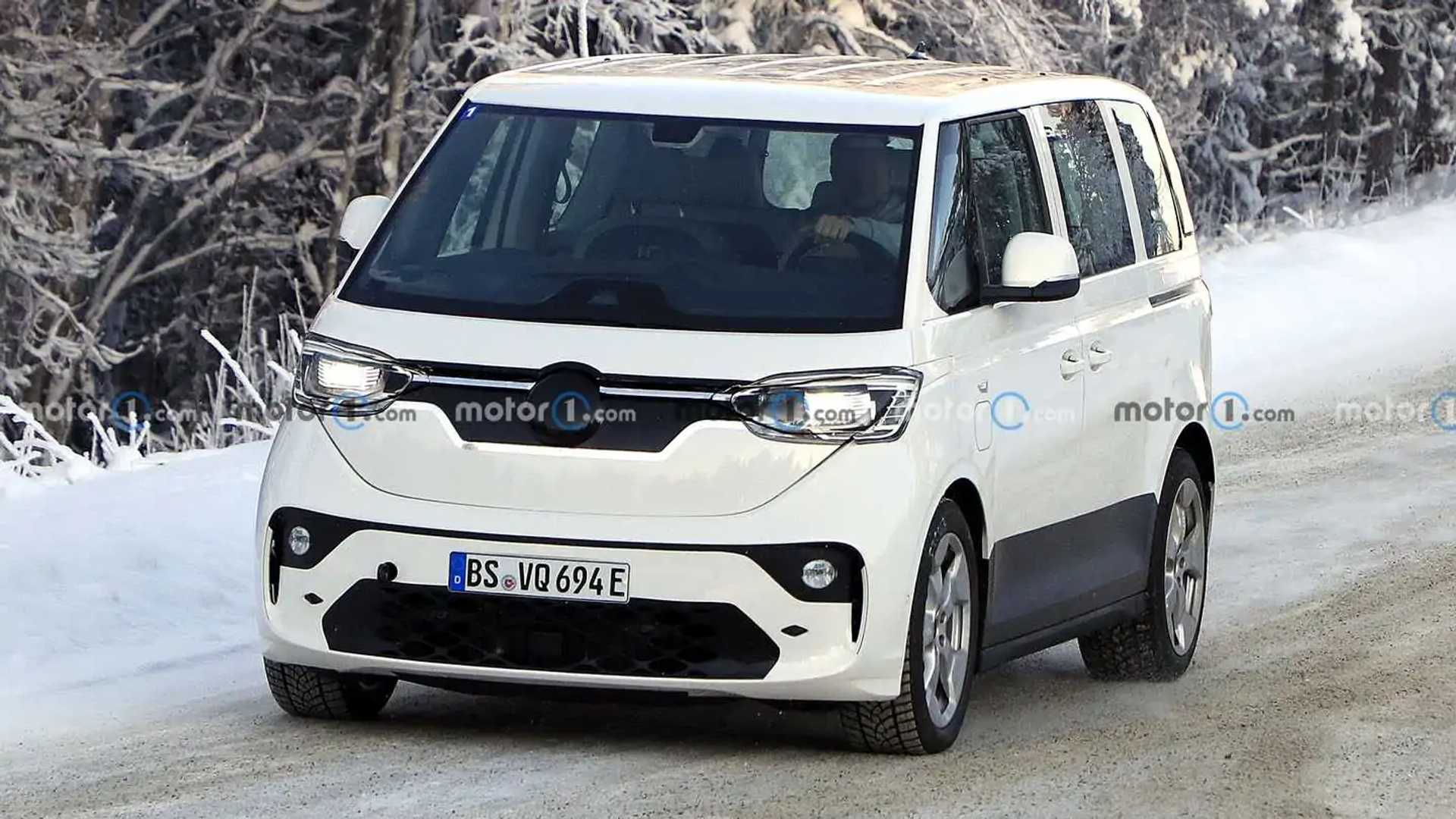 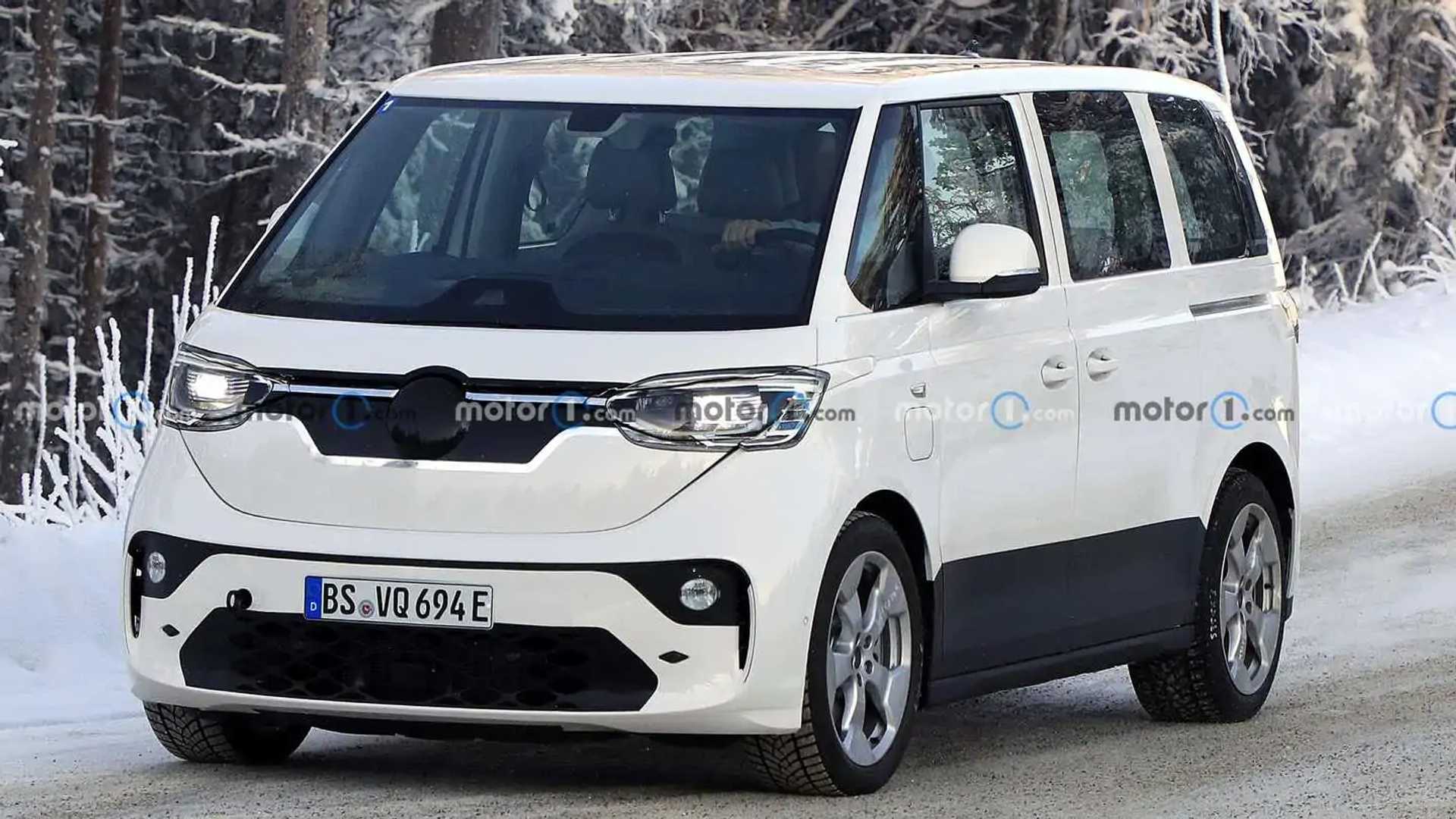 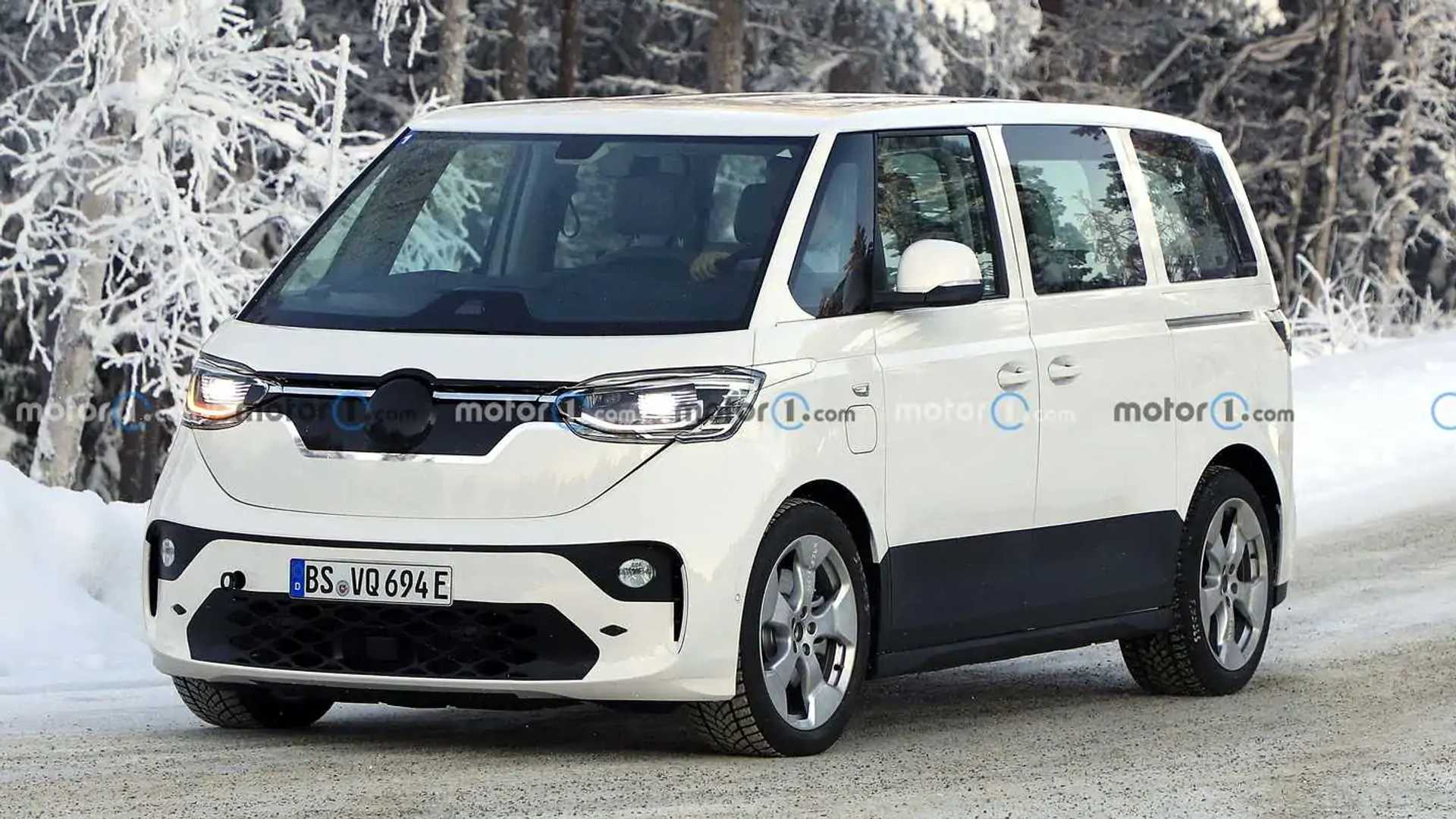 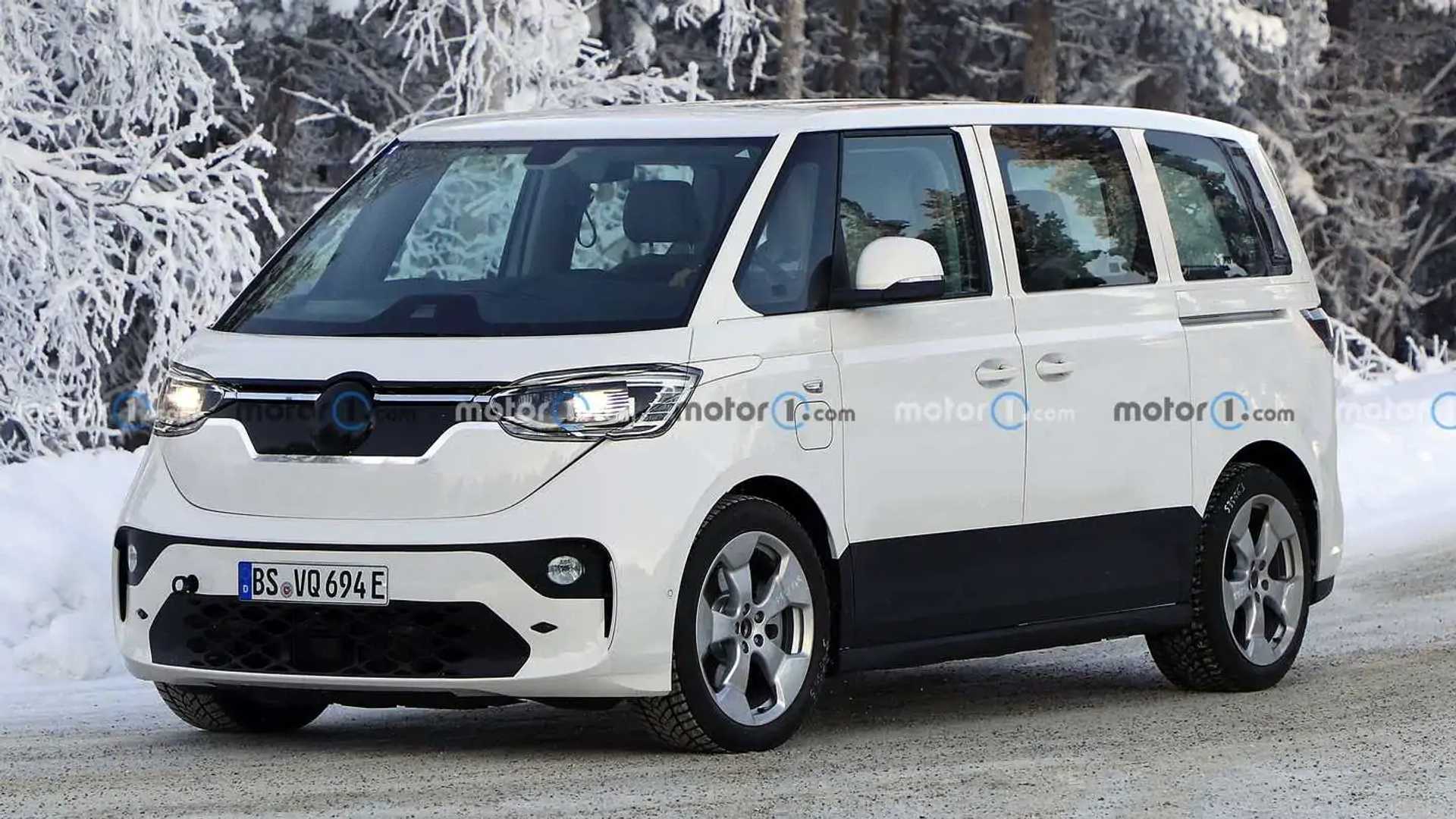 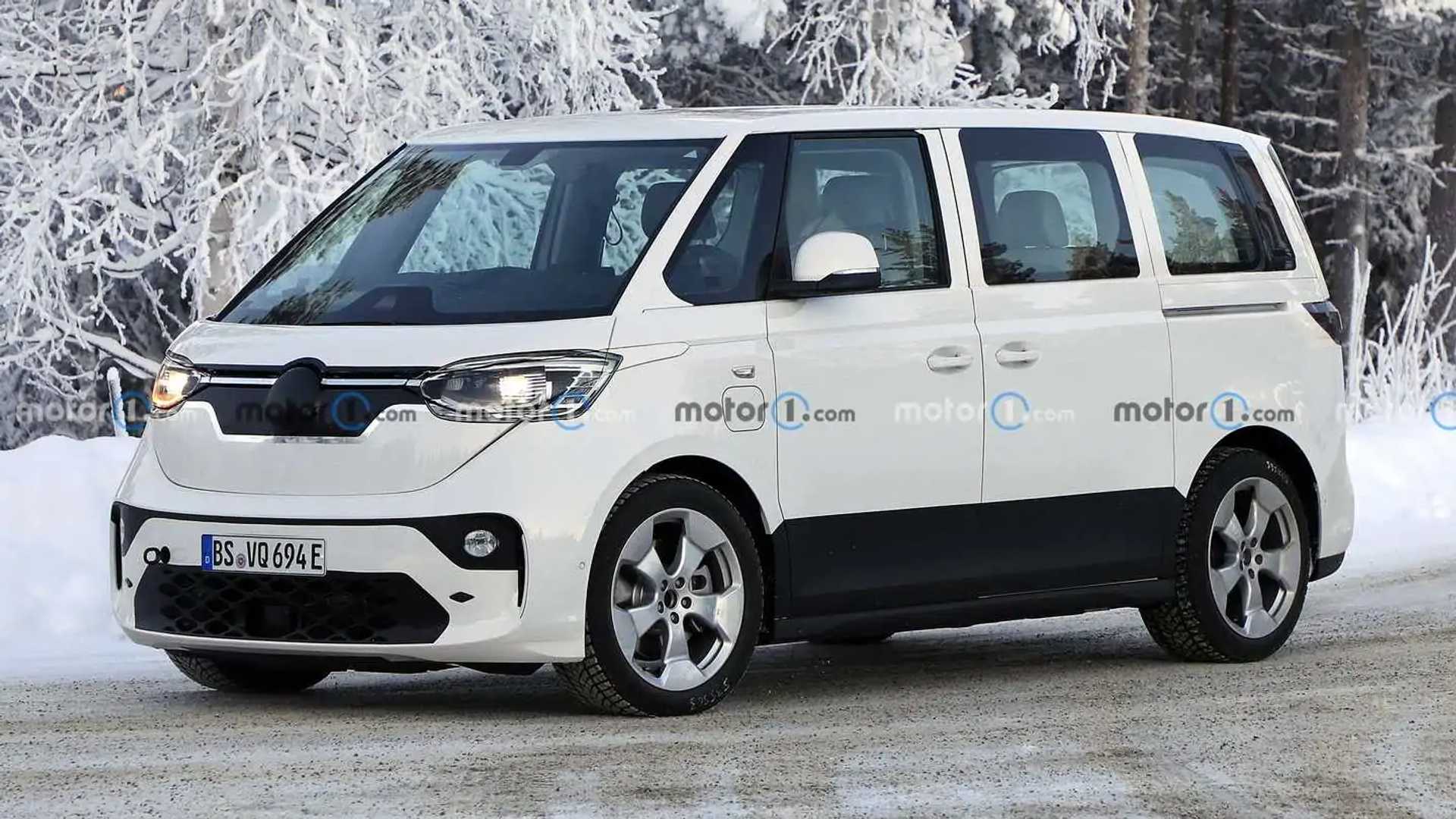 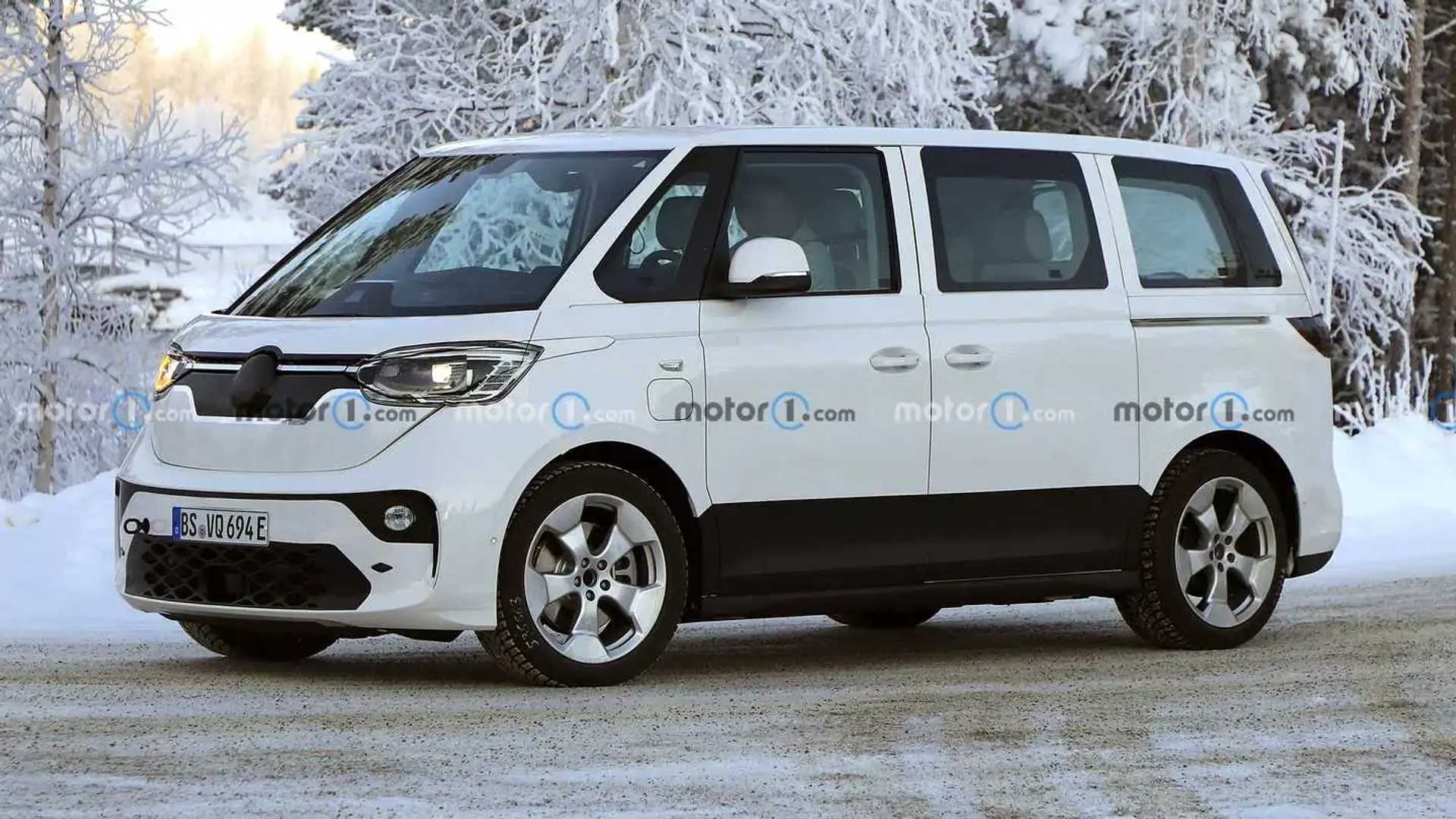 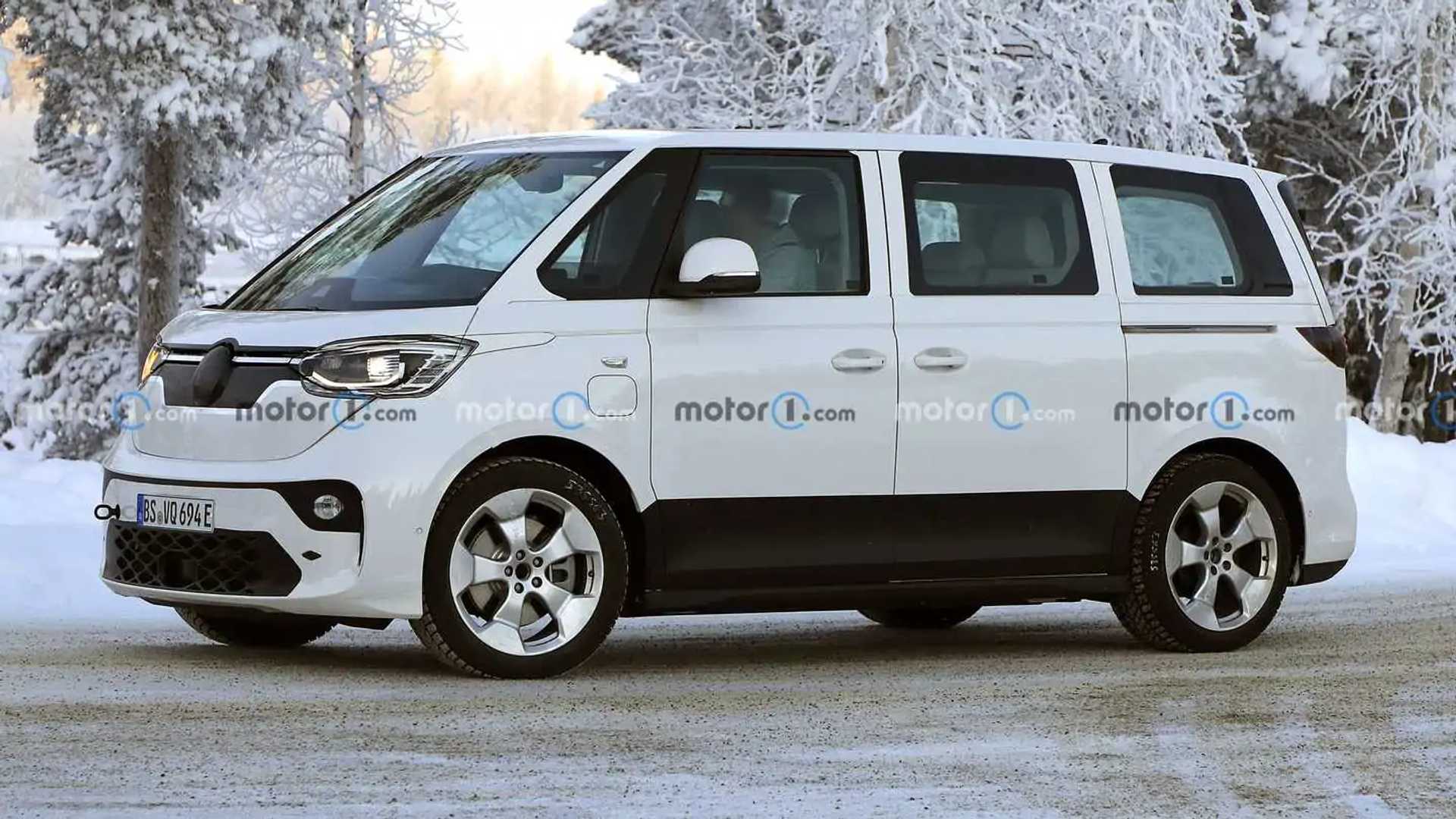 Looking at the side, the black cladding probably acts as some sort of protective equipment for the body but we don’t expect to see it in the production model. At the back, the taillights are camouflaged and we believe this is not their actual shape. Also, the internal graphics very much remind us of an Opel product, which means this is not their final look. The rear hatch looks a little too simplistic in that prototype and, again, the VW emblem is hidden under a white tape.

As far as the hardware is concerned, the ID. Buzz will ride on Volkswagen’s MEB platform and will share many of its components with the ID.4 and ID.3. We expect to see single- and dual-motor versions with an output of up to 200 horsepower (149 kilowatts). There are rumors for an even more powerful variant with 300 hp (224 kW) but that’s still unconfirmed. In terms of batteries, there should be different options with capacity varying from 48 kWh to about 100 kWh, with the latter providing a range of up to 342 miles (550 kilometers) at a charge.