VW To Accelerate US EV Production & Sales Via Major Realignment 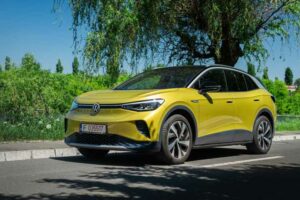 VW’s strategy changes are proposed to better align with the Biden Administration’s efforts.

According to a recent article on Automotive News, the Volkswagen Group intends to up its North American EV efforts in a big way. This all comes as the automaker is counting on the success of the Biden Administration’s $174 billion plan to promote and incentivize EVs in the US to a level that’s never been achieved in the past.

Volkswagen’s chief of development Thomas Ulbrich told new agencies that the automotive group is making plans “to realign to this [Biden’s plan] in a massive way” as the US is working to offer much greater support for the future of the electric car segment. However, Ulbrich also made it clear that there are not yet any final decisions on the updated strategy, which is still “being worked out.”

This all comes on the heels of an announcement from GM about increased EV spending, which came after Ford updated its future efforts. It seems all three automakers are continuously watching one another and upping their future strategies accordingly.

Despite GM and Ford’s efforts, Automotive News says no other traditional automaker has plans that compete with Volkswagen’s. The group says it will launch some 70 battery-electric cars by the end of the decade.

VW Group aims to build electric cars out of eight global factories by 2022, though Europe and China are the biggest focus. To date, only the ID.4 electric crossover will be manufactured on our shores, though more are potentially coming. Depending on the final specifics of VW’s updated strategy, we could see more VW Group EVs built and sold in the US sooner rather than later.

VW’s head of electric mobility Andreas Krueger also noted that the group’s EV-specific platform will be improved to have battery ranges of up to 453 miles, as well as faster charging.