Home » Car Reviews » What Is Coolant and Is It the Same as Antifreeze?

What Is Coolant and Is It the Same as Antifreeze? 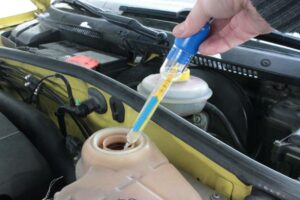 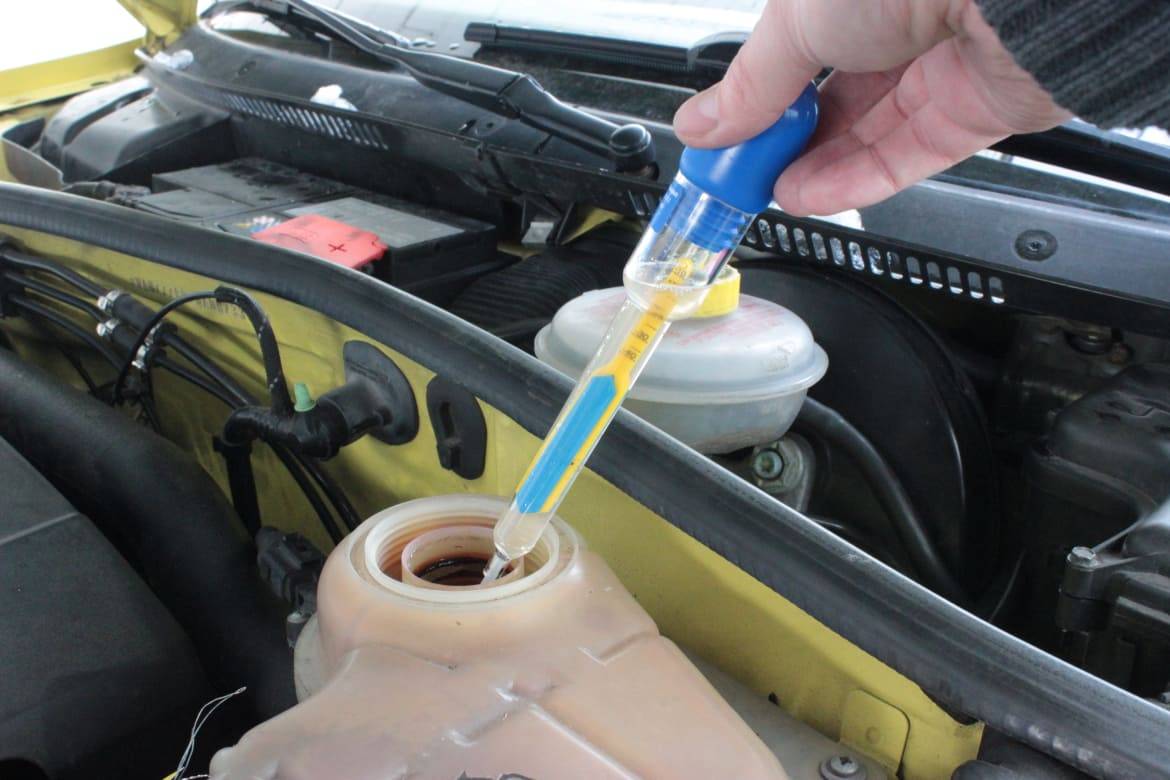 Though coolant and antifreeze are often used interchangeably, they aren’t the same. Antifreeze is made of ethylene glycol or propylene glycol and is the basic ingredient, but it has to be mixed with water to create coolant, which is the cocktail you will find in the cooling systems of all “water-cooled” vehicles.

Related: Is Your Check-Engine Light On? 5 of the Most Common Causes

Coolant typically consists of a 50-50 mix of antifreeze and water, though it can contain as much as much as 70% antifreeze for extreme cold temperatures. The 50-50 blend provides sufficient cooling for engines that operate at more than 200 degrees and prevents freezing in temperatures of 30 degrees below zero or lower.

Water alone has neither the cooling ability nor the protection against freezing that engines require because it boils at 212 degrees and freezes at 32, plus it can rust cooling system parts. Overheating can warp engine parts, and liquid expands when it freezes, so that can crack engine blocks and other parts.

How Is Antifreeze Different?

Antifreeze is different in that it contains corrosion inhibitors to prevent rust that can damage the radiator, water pump and other cooling system parts. Flushing the cooling systems and putting in fresh coolant used to be a regular maintenance item, but many current vehicles can go 100,000 miles before a flush is needed or never require new coolant.

Do-it-yourselfers who want to top off or replace their coolant should shop carefully to make sure they are buying the right blend for their vehicle. Consult your owner’s manual to determine the type that is needed and read labels closely before buying. Parts stores sell containers of straight antifreeze and ones that are premixed with 50% water, so that’s another detail to check.

Adding small amounts of straight antifreeze to top off the cooling system won’t upset the cooling and boiling protection, but the best practice is to mix it with the appropriate amount of water. Coolant should be added to the cooling system overflow reservoir when the engine is cold. The reservoir will have markings that show whether the coolant level is low.

Never remove the radiator cap when the engine is hot because the cooling system operates under pressure and the coolant temperature will be more than 200 degrees.

END_OF_DOCUMENT_TOKEN_TO_BE_REPLACED

Dealerships are now taking bookings for cars that will be delivered in 2022. MG Motor India has announced that it […]