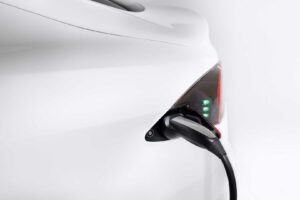 There are four types of electric car charging plugs in North America. Each plug is compatible with different electric vehicles as well as capable of providing a certain amount of power. Just like how the iPhone has one plug and Android phones have another, the same goes for electric vehicles.

Nevertheless, the auto industry has recently moved towards a single plug standard with the exception of Tesla. That said, Tesla’s CEO, Elon Musk, has recently stated the company’s proprietary Supercharger Network will eventually open up to other electric vehicles — not just Teslas.

Even though the prospect of multi-purpose charging stations will make it easier to find the perfect solution for your specific electric car, there are still many charging stations that have only one type of charger available. Needless to say, this is still quite common.

So let’s learn more about these different types of electric car plugs in the North American market. First, we’ll look at the three fast-charging plugs (see chart above) as these represent the more desirable option for most. After that, we can look at a more common (albeit slow) charging plug as oftentimes charging speed might not be a big issue for you.

Since there was not a standard plug when Tesla first began selling their EVs, Tesla had to create their own plug, which is commonly referred to as the Tesla plug. Unlike the other plugs, the Tesla plug is capable of Level 1, Level 2, and Direct Current Fast Charging (DCFC), which some people unofficially label as Level 3 charging.

The Tesla plug is proprietary to only Tesla vehicles, therefore, no other EV may use a Tesla Supercharger. As mentioned previously, Tesla will eventually open up their private DCFC network, known as the Supercharger Network, to other electric cars.

This could be done in a number of ways such as a Tesla/CCS adapter, CCS plugs added to the chargers, or abandonment of the Tesla plug to favor the J1772 and CCS plugs (highly unlikely). How Tesla will accomplish this remains to be determined.

In the interim, there is one workaround for non-Tesla EVs to use a Tesla plug. This adapter is quite popular with non-Tesla EV owners looking to use Tesla’s extensive Destination Charger network. However, this adapter is limited to just Level 1 and Level 2 charging stations — it does not work with Superchargers.

Tesla Supercharger stations, where currently only Tesla vehicles can use the plug, can provide charging power of 250 kW, which can speed up charging sessions to under 30 minutes.

One public charging network, EVgo, has recently started providing Tesla plugs at their DCFC stations. These chargers have one CCS plug and one Tesla plug in an attempt to provide the correct plug for any new EV regardless of manufacturer.

“Level 3” charging is the fastest way to charge an electric car. With power up to 350 kW, DCFC can provide an 80% charge in around 30 minutes. This is (oftentimes) the preferred method of charging while on a long road trip for non-Tesla owners.

The “combo” in CCS Combo gets its name from using a few of the pins from the J1772 port. Therefore, the CCS plug requires little additional hardware from a J1772 port.

Just about every new electric car has a CCS port. The exceptions are most plug-in hybrids since they have gas as a backup. Tesla, as noted above, uses their proprietary plug in favor of CCS.

The CCS Combo plug is only found at DCFC stations. Due to the high power output, these charging stations are only at public areas and cannot be installed in residential buildings. Popular charging networks with the CCS plugs include Electrify America, Chargepoint, and EVgo.

Another electric car plug is known as ChaDeMO. This plug is for DCFC only — just like the CCS plug. Unlike the others, this plug is on its way out. In the early 2010s, this plug became highly popularized with the success of the Nissan Leaf. However, over time, more and more automakers have shifted towards CCS plugs as the DCFC port.

As of today, the ChaDeMO port is only found in two EVs — the Nissan Leaf and the Mitsubishi Outlander PHEV. As you may have noticed, these two car makers are Japanese. The ChaDeMO plug is still widely popular in Japan. For North America, the standard public DCFC plug is now CCS.

Unlike the CCS plug, all ChaDeMO chargers are limited to 50 kW. In the early 2010s, this was an acceptable charging speed, however, as the technology advanced, chargers became quicker and quicker. Unfortunately, ChaDeMO chargers did not.

While there are still thousands of ChaDeMO charging stations in operation, they’re soon to become the minority as CCS and Tesla plugs dominate the DCFC market for new installations.

Fortunately for Tesla drivers, there are Tesla/ChaDeMO adapters. While these do cost a few hundred dollars, they do allow Tesla drivers to DCFC at non-Tesla charging stations albeit at slower speeds.

The J1772 is the most popular electric car plug for Level 1 and Level 2 charging. While the name is hard to remember, the plug is the standard for every non-Tesla EV made today.

All electric cars are capable of charging with a J1772 plug. The one caveat is all Tesla vehicles will need an additional adapter to charge with a J1772 — these usually come standard with the purchase of a Tesla.

As such, Level 1 and Level 2 charging is the typical way EV drivers charge their car overnight. The J1772 plug comes standard with every home EV charger.

Level 1 chargers come standard with the new EV, however, for faster Level 2 charging, a separate purchase is typically required. Some EVs sold today also come with a Level 2 charger, however, that is not always the case. Level 2 home EV chargers typically cost around $400 to $700. Popular home EV chargers include the Enel X Juicebox Pro, Clipper Creek HCS-40, Grizzl-E EV Charger, and the high-tech premium WallBox Pulsar Plus.

Author Bio: Darya Oreizi is the founder at Charged Future: the EV charging consultancy. Charged Future helps businesses implement and achieve EV charging goals. Oreizi works with businesses as an EV charging project manager looking to save both time and money for his clients. This includes searching and applying to all eligible rebate applications, which can typically cover a large portion of the project cost. (Edited by Matt Pressman at EVANNEX)