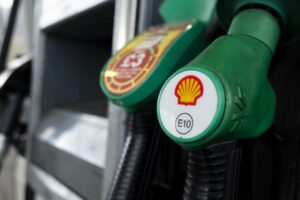 The rising cost of living that has left people already hundreds of pounds lighter in 2022 has buffeted Britons from several angles. Inflation, energy prices and new Government taxes have drained people’s incomes. While the aid announced by ministers last month will likely help lighten the burden slightly, they appear to have overlooked the rising price of petrol.

Will petrol prices go down?

The bank holiday saw spiralling costs push oil prices up by 6p over the weekend.

LPG is the least expensive and costs 80.98p per litre, according to the RAC.

The RAC currently estimates that the three most expensive fuels will rise in price, following a trend established early this year.

They have since only risen, with 2022’s steep increase primarily a consequence of the war in Ukraine, which has seen fewer imports from Russia, Europe’s largest gas and petrol exporter.

Any eventual movement in the market will depend on this and a mess of other factors.

Factors that make up the price of petrol in the UK include:

Fuel prices have risen since before the Ukraine war, and as Europe and the world beyond adjust its energy sources, experts believe that trend will continue.

While he contained aid for Britons struggling to face the rising cost of living, Rishi Sunak did not provide a petrol price intervention in last month’s financial package.

The last fuel-centred relief introduced was in his spring statement, which cut fuel duty by 5p per litre from March.

But the 6p increase has offset much of the benefit brought by that adjustment.

The RAC has called on the Government to urgently address fuel prices as it anticipates prices to worsen.