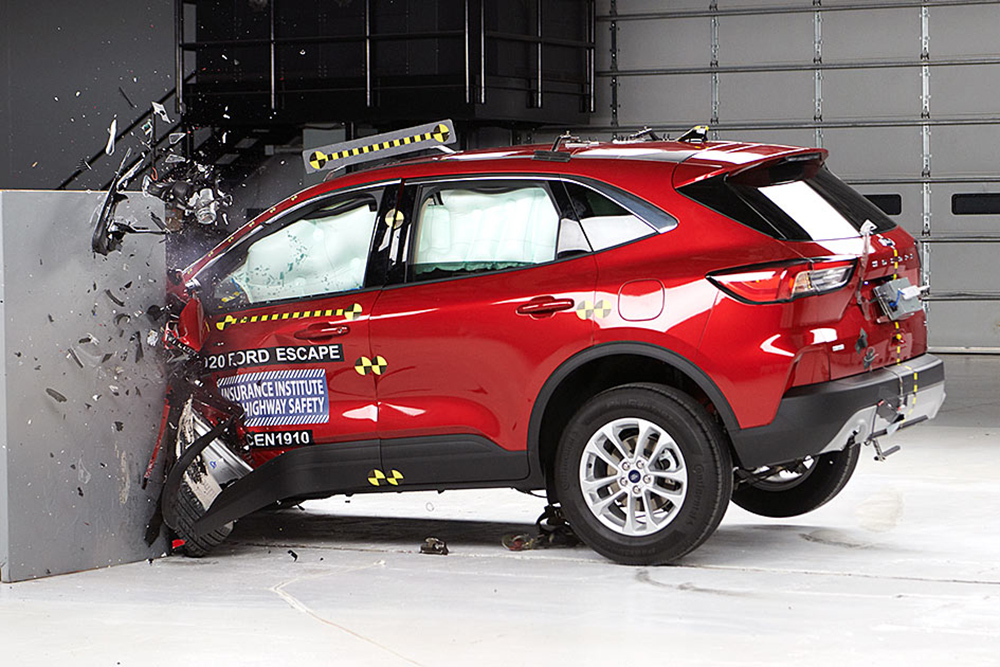 The redesigned 2020 Ford Escape and its more upscale, new-for-2020 sibling, the Lincoln Corsair, both earned Top Safety Pick status from the Insurance Institute for Highway Safety, the agency’s second-highest designation. Only versions of the compact SUVs that are equipped with specific headlights qualify, however.

Related: 2020 Lincoln Corsair Review: A Pirate’s Life for Me

Both models, which share a platform (Lincoln is Ford’s luxury division), earned good ratings in all six IIHS crashworthiness evaluations. IIHS said the Escape demonstrated much improvement over the previous generation; model-year 2013-19 versions of the Escape earned a poor rating in the passenger-side small overlap crash test.

The Escape’s standard front crash prevention system earned a superior rating, as did its optional system; IIHS said both systems avoided crashes in 12- and 25-mph track tests. The Corsair, which replaces the MKC in Lincoln’s lineup, also has a standard front crash prevention system that earned a superior grade; the model’s optional system did, as well.

To be bumped up to the highest-possible Top Safety Pick Plus status, a vehicle must have good-rated headlights in addition to good scores on all crash tests and an advanced or superior rating in front crash prevention.

Compact SUV competition is fierce, with many vehicles matching or besting the Escape. The 2019 Volkswagen Tiguan, for example, earned Top Safety Pick Plus status, as did the 2019 Toyota RAV4. The 2020 Nissan Rogue is a Top Safety Pick, however, as is the 2019 Honda CR-V.