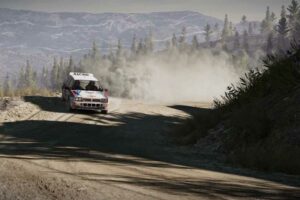 With the launch of WRC 10 just over 11 weeks away, players can get a taste of the latest rally game offering for free over the next week.

As part of the Steam Next Fest — formerly known as the Steam Game Festival — a demo of WRC 10 will be made available to all players on Steam. The demo will include three of the four new rallies on the 2021 calendar, with Estonia, Croatia, and Spain all sampled. That will give players the experience of two asphalt events and one gravel rally, with the updated physics of WRC 10.

The demo is free to play, but will only be made available between June 16 and June 22, while the Steam Next Fest event is on. At present we don’t know if there’s any further demos planned, but the game itself will launch across PlayStation 4/5, Xbox One/Series, and PC on September 2, with a Nintendo Switch version coming along later.

In addition to the demo announcement, Nacon has also shown off a new video featuring the Anniversary Mode of the title. This is intended to celebrate the 50th season of the World Rally Championship, which starts in 2022, and brings a host of historic content to the WRC series.

The clip centers on the Acropolis Rally, one of six added to WRC 10 as an historic event. Three of the “legendary” rally cars are also included in the video, with the Alpine A110 — the first ever WRC champion in 1973 — featured alongside the famous Lancia Delta Integrale and Lancia 037.

More modern fare also appears in the video, suggesting that you can see how 2021 season cars like the Yaris WRC compare to some Group B icons in these historic events. Nacon has yet to reveal all of the classics available, but does say that there’s more than 20 cars, including brands like Ford, Mitsubishi, Subaru, and Toyota alongside the Alpine and Lancia models.

That all comes alongside the complete 2021 calendar season, with four new rallies and 52 official teams from WRC, WRC2, WRC3 and Junior WRC.