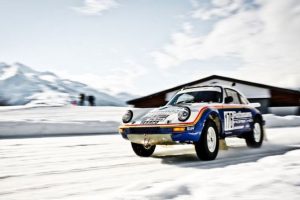 The WRC took the car for a spin around the snow-covered hills of the Austrian Alps at Zell am See to put the historic model through its paces. Sliding around the specially adapted ice and snow track, Röhrl was quick to demonstrate why he was once a king of ice driving.

Sliding the car to the limit and beyond, the icy plains are in complete contrast to what the iconic Carrera was originally designed for.

The model topped the classification at the 1984 Paris-Dakar rally in one of the most arduous tests of man and machine in the world.

A 14,000 kilometre journey through vast desert terrain and extreme heat with a course winding through the Ivory Coast, Guinea, Sierra Leone and Mauritius is no easy task.

Speaking after his demo run with the Porsche 953 Carrera, Rohrl said driving the car was simply “addictive”. 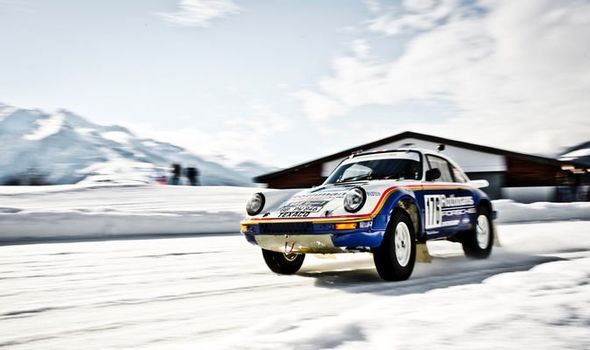 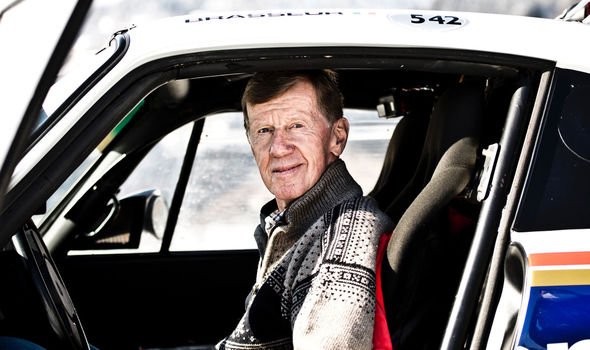 He said: “Of course, you approach the car with a certain respect.

“You know what it has achieved, what a success it has been. For a car fan it’s the greatest thing when you drive a car like that.

He added: “The six-cylinder, which is unsilenced, is the pinnacle for a motorsport fan.

“There’s no discussion at all. This also stimulates you. It spurs you on and that is really great.

“The car was made for the desert but it’s still amazing how you can drive it on sheet ice. It’s addictive.”

The Carrera was produced ahead of the 1984 edition and was specially designed to withstand extreme conditions.

The 953 was converted to a 911 G model shell and a 3.2-litre flat-six with a reduced compression rate to better manage poor quality fuel.

To cope with the distances needed for each day on the rally, Porsche fitted the car with an extra 120-litre fuel tank in the front luggage compartment.

An extra fuel tank was installed behind the driver’s seat while a new drive system was introduced.

The car is complete with full underbody protection and off-road mud flaps to protect the vehicle from the elements.

Ahead of the race, Porsche increased the model’s wheels to 10.6 inches and fitted a double-wishbone suspension. 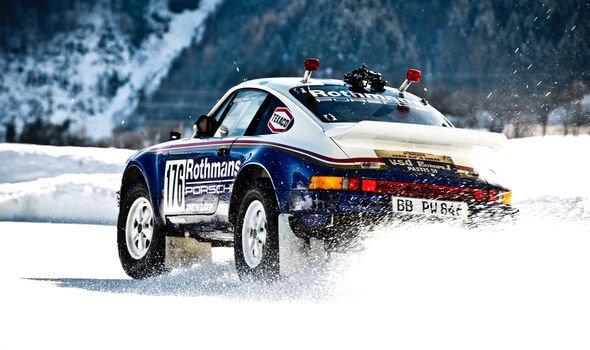 The bodywork was fitted with a welded steel roll cage while the doors and glass windscreen were swapped out for polycarbonate alternatives.

The model is still complete with its iconic Rothmans livery and all-terrain tyres similarly used in the period.

Inside, details are sparse with a lightweight bucket seat and some simple rally instruments the only home comforts.