Home » Car Reviews » You could be fined £5,000 or banned from driving for using this device behind the wheel

You could be fined £5,000 or banned from driving for using this device behind the wheel Vaping devices often emit large clouds of smoke which could impair your vision of the road surface and cause distractions. Experts say the clouds of smoke can increase road risks for motorists because the devices cause similar visual problems to glare from the sun.

Vaping is not technically illegal in a vehicle and penalties can only be applied if smoke is considered to block your view of road hazards.

Fines start from around £100 and motorists could potentially be hit with three penalty points on their driving licence.

Police officers could issue you a dangerous driving charge and this could see fines dramatically increase.

In severe cases, road users could even face court action where charges could rise to £5,000 and nine penalty points. 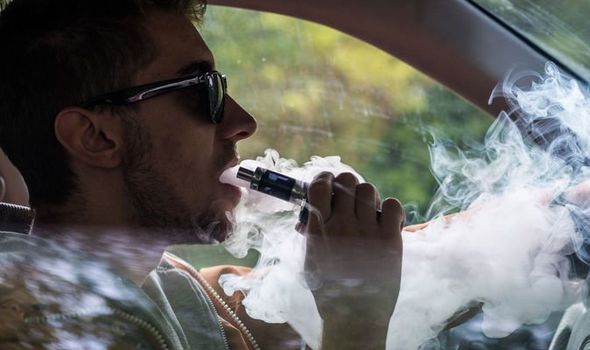 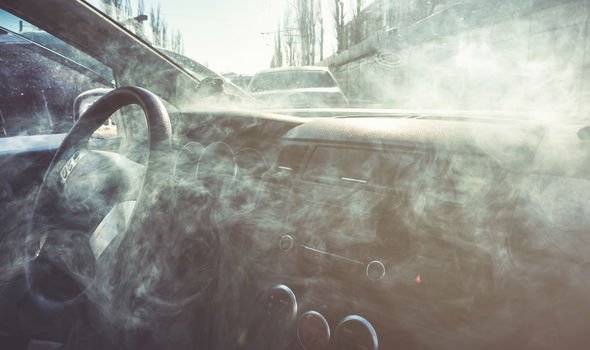 Judges may even issue a driving ban if your offence was considered to put other motorists at serious risk.

Head of road safety at the Royal Society for the Prevention of Accidents (RoSPA), Nick Lloyd, said distracted driving was one of the leading causes of car crashes across the UK as it can increase road danger.

He added: “As well as being a physical distraction, vaping while behind the wheel can create visibility problems if clouds of vapour are produced.

“Although it is not currently prohibited in law, drivers choosing to vape while on the road is a growing and concerning trend.

DON’T MISS
Drink driving: Motorists back proposals to introduce breathalysers  [ANALYSIS]
Highway Code: Police could fine you £1,000 for having an air freshener [TIPS]
You could be fined for flashing your headlights  [ADVICE]

“If using an electronic cigarette whilst driving causes a motorist to become involved in a collision, then the activity could be considered careless driving – which is an offence.”

Car insurance policies could soon be invalidated if insurance companies determine a crash was caused by the smoke in the vape.

This is because it could be deemed an at-fault claim as you failed to take reasonable precautions to stay safe on the road.

This means any damage caused in an accident will not be covered by an insurance policy and motorists will be forced to pay for repairs themselves.

Car insurance firm Carbon said they hadn’t heard of any payouts being refused for claims where vaping may have been a factor yet but policies could be open to change.

They said there could soon be certain exclusions for vaping written into future car insurance policies which will delegate responsibility for repairs onto the customer.

The specialist car insurance group said asking customers whether they vape could be introduced in the near future as the practice has the potential to become a factor in claims.

A spokesperson added: “Vaping is gradually becoming more socially acceptable, and so is more likely to become a factor in insurance claims. 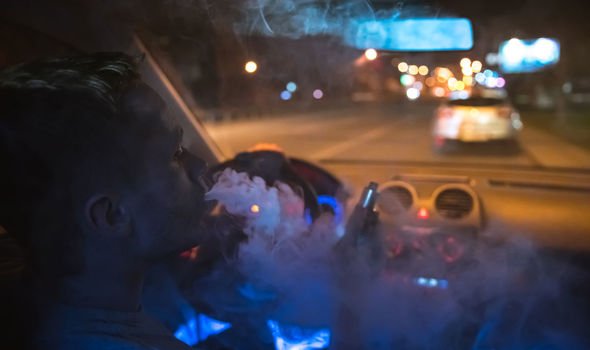 “There are some devices available now that produce much less vapour, but these are still relatively uncommon and, for many vapers, the illusion of smoke is part of what substitutes for cigarettes. The risk of being distracted by the device itself also still remains.”

Motoring experts AMT says the idea of introducing exclusion clauses in agreements for vaping could provide a nasty surprise for motorists.

They warned road users could be shocked when they are hit with a huge bill despite not breaking road laws.

RoSPA says distractions behind the wheel contribute to just under 3,000 accidents each year. An American study found smoking contributed to around seven percent of distracted driving activities. Research in the UK found smoking was the second-highest distraction on the roads behind talking to a passenger.