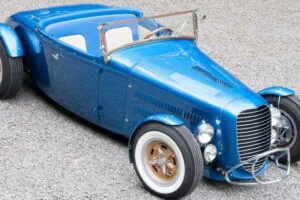 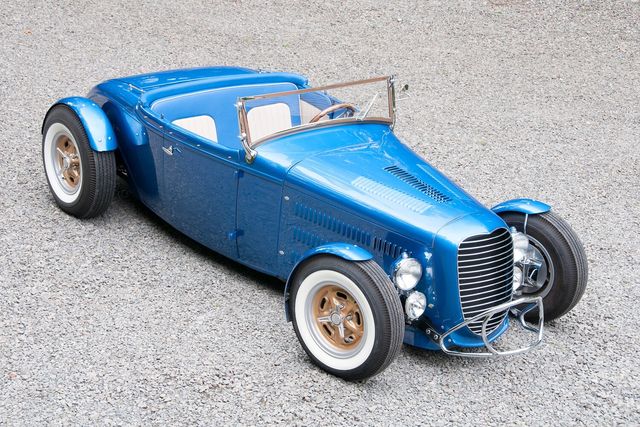 While most students of hot rod history are familiar with the scene in Southern California over the decades, there was also a highly productive and creative scene on the East Coast—New England specifically.

“So much of the world thinks of hot rods as a purely Southern California phenomenon,” said Donald Osborne, CEO of the Audrain Automobile Museum in Newport, Rhode Island. “But there was a very active and very vibrant and lively hot rod scene here in the northeast, particularly in New England, which was quite the hotbed of hot rodding. There were some tremendous builders and terrific cars built in Connecticut, Rhode Island, and Massachusetts.”

While Osborne grew up in the East, he also spent 12 highly productive years on the West Coast, gaining exposure to the hot rod scene out in LA along with all the cars he shot for the Assess and Caress portion of the popular show Jay Leno’s Garage. 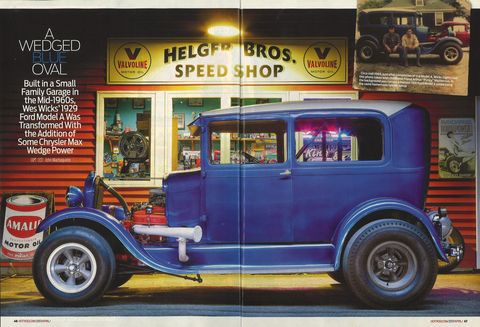 “When I was growing up north of Boston in the mid-1950s, guys like Paul FitzGerald, Fred Steele, Norm Wallace, and Fran Bannister were major players and they were a big influence on my wanting to build my ’32 Ford Roadster,” said Ken Gross, Autoweek contributor and author of the definitive book, Art of the Hot Rod. “I met three of those guys, FitzGerald, Steele, and Wallace, when I was in high school, at shops in the area, and they were the real deal, as chronicled in A.B. Shuman’s classic, Cool Cars and Square Roll Bars.”

To celebrate the history of the hot rod in New England, the Audrain Automobile Museum has opened an exhibit called “The Street to the Strip: New England Hot Rods 1945-1965.” It will run from now until Nov. 14 at the Audrain, including this coming week’s Audrain Newport Concours and Motor Week running right now in Newport and capped off by the second Audrain Concours. Osborne points out that the museum is just a little over a mile’s “very nice walk” from the Concours, in case you find yourself in Newport Sunday Oct. 3 for the big Concours. The Concours tops off a week’s worth of very cool car culture activities that you should check out in the beautiful old-money seaside community.

“The Audrain has asked me to moderate a forum on New England hot rodding during Audrain Motor Week, and having those cars on hand will be the perfect backdrop,” said Gross.

The exhibit features 18 hot rods in all, some set up for the drag strip, others built for the street, but all representative of an entirely separate look from their West Coast counterparts.

“We didn’t care how they did it in California,” Gross said. “New England rods were usually channeled, then flathead, Olds or Caddy-powered before Chevy small blocks became popular.”

And while a west coast car was just as likely to run on the dry lakes as the drag strip, there were no dry lakes in Massachusetts or Rhode Island, so everyone drag raced.

“The hotshoes competed at the drag strips in Sanford, Maine, East Haddam, Connecticut, and Orange, Massachusetts,” said Gross. “And they were featured in Hot Rod Magazine occasionally, and as they’d say north of Boston, they were ‘Wicked Pissah!’”

The show has been in the works for a long time.

“David de Mazio (the Audrain Museum’s director, curatorial and collections) and I thought up this show about a year and a half ago and we wanted to do something with hot rods and customs,” said Gross. “I knew from my own experience that there are some really amazing custom cars and hot rods built all through New England. Unfortunately, the customs have not survived. But there were some tremendous hot rods that were built in Connecticut, Rhode Island, and Massachusetts that have survived and are in this show. A very, very active community of people consisting of some of the few surviving builders as well as their direct descendants are still active and we were able to connect with them.”

So what, exactly is the difference between the coasts?

“There are characteristics that identify an East Coast or West Coast, the most major one being that most East Coast rods are channeled, which is to say, they have lower bodies, but not chopped, which would mean a lower roof,” said Osborne. “Most West Coast cars don’t have channeled bodies but do have chopped roofs. Having said that, we have a number of chopped roofs here in Rhode Island.”

While the West Coast has the sunshine, the East’s winter also had an influence on its hot rods.

“Coupes were much more prevalent, obviously, here in New England, because they survived better, and they just sold more of them,” said Osborne. “Having said that, who doesn’t like a roadster? Every roadster that survived in New England we have in the show. But that’s also true in the larger collector car world where convertibles are the lowest production but the highest survivors. The roadsters obviously were highly prized, so more often carefully looked after by their builders and owners than some coupes. A channeled car without a chopped roof has a very, very different look. Also, a lot of the East Coast rods were more raked than some of their West Coast contemporaries. A lot of them were further lowered by putting a Z into the frame to lower the frame even closer to the ground. While the West Coast cars had the dry lakes to go to, on the East Coast they were far more likely to go to the drag strip, even though they, of course, had drag strips in California as well.”

Will this settle any debates about which coast was better? Have a look at the cars and decide for yourself. And don’t let local prejudice influence your decision.

Which school of hot rodding do you prefer? Share your thoughts in the comments section below.