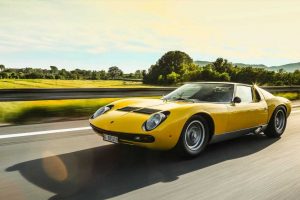 Lamborghini unveiled the Miura SV on its Geneva show stand in March, 1971. The SV, the sensational-looking car we called “the world’s first supercar,” was the last evolution of the successful project codenamed P400. Indeed, over on Bertone’s stand was none other than a Countach LP 500, defined as “a concept car for future production.”

The Miura SV (V stands for veloce, or super fast) was meant to accompany the S, but was so popular the SV ended up replacing it. Lamborghini says the Miura SV is now the most sought-after of its production cars, and says it is the “highest expression of the supercar concept of its time and the best of all the Miura versions produced.”

Giampaolo Dallara and Paolo Stanzani, Lamborghini’s chief engineers at the time and the Miura and Miura S creators said the SV benefitted from the experience gained during the first five years of Miura production. Well known racer, New Zealander Bob Wallace, did much of the development driving. 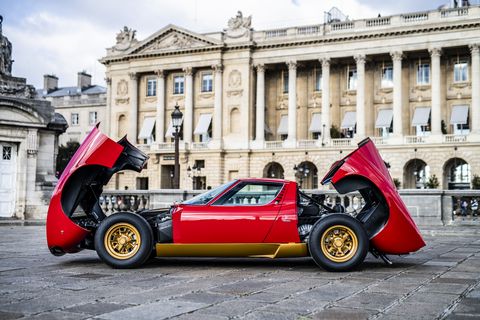 The SV’s engine delivered more power, 385 HP at 7850 rpm, and above all was more drivable thanks to its smooth torque curve and revised setting on the four Weber triple-barrel carbs, type 40IDL3C for those taking notes. A separate lubrication system between the engine and gearbox was introduced when the SV was already in production—a modification that wasn’t externally visible but was a huge technical improvement, Lamborghini says.

The Miura SV’s official top speed was over 180 mph, and from a standing start the car could cover one kilometer in a bit less than 24 seconds—record performance results back then.

The SV’s interior was also upgraded over the S, with a more-modern look, higher-quality materials, and more leather and chrome. 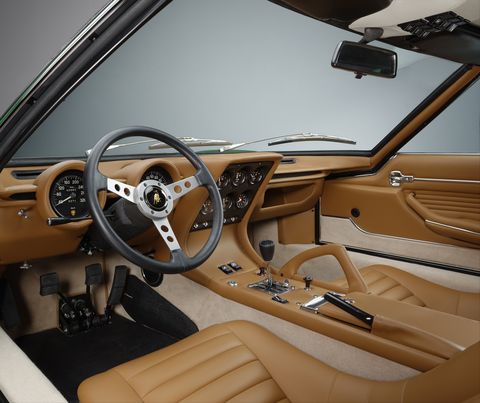 The Miura SV was taken out of production in early 1973 after just 150 were built, although two years later a final car was built for Formula 1 team owner Walter Wolf. That car now rests at Mudetec, Lamborghini’s museum in Sant’Agata Bolognese.

Lamborghini sums up the Miura SV nicely: “It was truly the end of an era in which speed and sinuous lines predominated, and in which a small group of young men, driven by an innate passion and blessed with great technical skills, were able to create what for many was, and still remains, the most beautiful car ever produced in series.”

Log into the comments and let us know what you think of the stunning Miura.