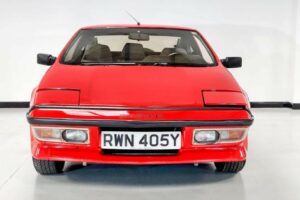 French automakers of the 1980s had no shortage of cars described as “quirky” in various reviews of the time, and you’d have to go through a long list of the usual suspects from Peugeot, Renault, Citroen, Panhard and Simca before you’d wind up looking at a car from Matra. The French industrial giant, Mécanique Aviation Traction, fielded a few sporty passenger cars, making them a rare sight in Europe even when they were new. And they certainly haven’t become more commonplace since.

But in a few days one of Matra’s last models will roll across the auction block in the U.K., when Silverstone Auctions offers a Talbot-Matra Murena coupe at its Classic Sale—a mid-engine coupe with three seats in a single row.

Matra’s aspirations in the automotive sphere were always a bit narrow since cars weren’t its primary business, but they exploited an interesting niche, offering European buyers an alternative to the obvious British and Italian sports cars of the day along with the production figures roughly akin to those of Lotus. Matra’s lineup since the 1950s consisted almost entirely of sporty coupes and convertibles, and the Murena continued to exploit this segment as a follow-up to the Matra-Simca Bagheera coupe of the 1970s. 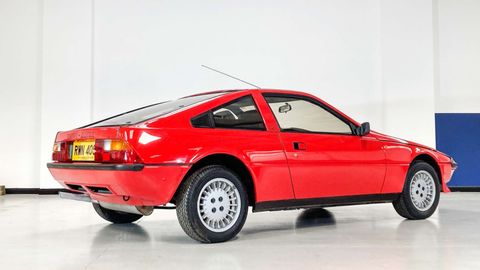 The Murena picked up the Bagheera’s baton by offering a transverse mid-engine layout with two four-cylinder engines displacing 1.6 and 2.2 liters, the latter with 116 hp on tap, paired solely with five-speed manuals. The Murena also kept the Bagheera’s hatchback bodystyle, but sought to offer an even more slippery exterior with an 0.32 drag coefficient. The interior, meanwhile, was wide enough to sit three in a single row, perhaps not comfortably but three nonetheless. Production kicked off in 1980 and lasted just until 1983, with less than 11,000 coupes leaving the factory.

“Unlike Matra’s earlier cars whose frames were prone to rust, the Murena used an industry-first hot-dipped galvanized frame that was backed by an unprecedented six year rust-through warranty,” Silverstone Auctions notes. “The galvanizing process added protection and increased the torsional stiffness of the chassis by a measurable amount. After the process was completed, the body was riveted and bonded to it, producing a strong and long-lasting vehicle.”

Speaking of factories, like its predecessor the Murena was a bit of a parts bin effort, sourcing components from a number of Talbot, Renault, Peugeot and Citroen cars—all the major French automakers of the time. 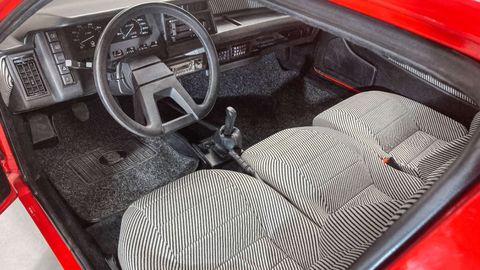 What cars did the Murena compete against when it was new?

The list of even indirect French competitors is arguably empty unless we count the front-engined Renault Fuego, but in its day the Murena was tested by magazines against the Lancia Monte Carlo, a number of Porsches and the Fiat X1/9. Just how many were actually cross-shopped by Matra buyers is perhaps debatable—the Murena seems like the type of car one would buy specifically because of its looks and rarity, rather than a result of a decision tree.

The example that Silverstone Auctions will offer in a few days is a left-hand drive 2.2-liter car from 1983, and badged as a Talbot-Matra. This car, finished in Mephisto Red, was originally purchased by a British owner who drove it home from the Matra factory after placing an order through a U.K. dealership. The car went into storage in 1992 and stayed in storage until very recently. As such, the auction house notes that it will need recommissioning work. The Murena currently shows 21,340 miles. 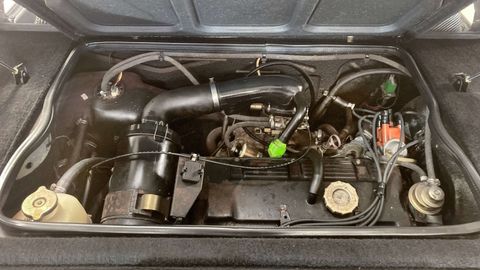 The auction house does not offer an estimate for this car, but the Murena remains very affordable, with the top examples usually changing hands for between $25,000 and $30,000. The example here, especially given its mileage and exterior appearance, may well belong in that category, were it not for the needed recommissioning work, which will present some extra expenses.