Home » Classic Cars » One of Only 55 Made, a Rare Lagonda Rapide Heads to Auction

One of Only 55 Made, a Rare Lagonda Rapide Heads to Auction 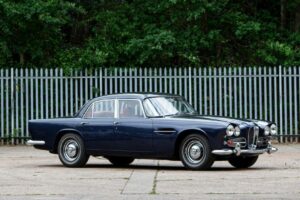 Lagonda and Aston Martin history had been intertwined since David Brown acquired the bespoke British luxury maker in 1947, making it a saloon sub-brand that tended to see cameos about once a decade. But aside from the William Towns’ cars, which make frequent-enough appearances at concours events stateside and which are approaching the half-century mark, Lagonda’s earlier history under Aston Martin is not often seen in public.

In a few days one of the earliest Lagonda models from the Aston Martin years will head to auction, when Bonhams offers a 1963 Lagonda Rapide Sports Saloon at its Goodwood Festival of Speed sale.

The Rapide debuted in 1961, with the automaker borrowing the twin-cam six-cylinder from the DB5 in 4.0-liter form, and giving it a slim and sleek body, reminiscent of Aston Martin’s own offerings of the time. The aim was to produce something quite different from what Bentley and Rolls-Royce had offered at the time—not a massive or baroque land yacht—but a maneuverable and powerful gentleman’s sedan with a modest footprint, even if the UK didn’t have too many roads that could handle its top speed. 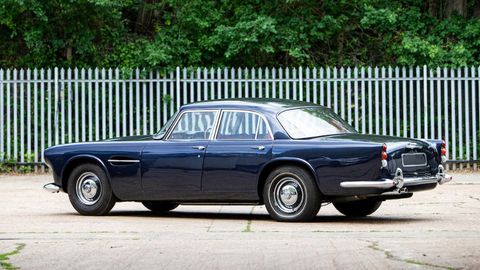 The result was quite close in spirit to what a four-door DB5 would have offered, complete with a 236-hp output and a 130-mph top speed, which was sports car territory at the time. The result was also extremely expensive, with Aston Martin’s most loyal (and most frequent) buyers often being talked into ordering the car. During its entire model run, just 55 examples ended up finding buyers, almost all in the UK, and perhaps many friends of David Brown among them.

The example that Bonhams will offer later this month is a right-hand drive example that was converted to a ZF five-speed manual transmission early on in its life, in 1965, as most examples had been three-speed automatics from new. Finished in Midnight Blue over a deep red leather interior, this example was sold new to Babcock & Wilcox Ltd of Euston Road, London. Shortly after the transmission swap, the Rapide received a replacement engine from the factory, which is believed to be the current engine. The car apparently moved to the US in the mid-2000s, perhaps to New Hampshire, appearing to not having received a restoration at that point.

Autoweek saw this very Rapide at Bonhams’ Greenwich Concours sale in 2011, almost exactly a decade ago, where it found a buyer for $105,300. 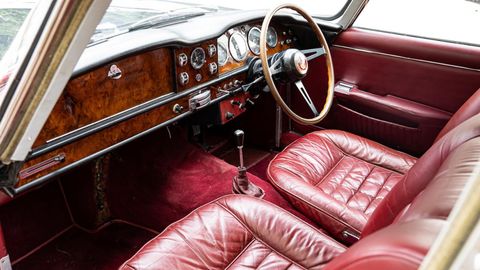 “A car well known to the Bonhams team, the Lagonda first appeared at Bonhams’ sale at the Larz Anderson Auto Museum in Brookline, Massachusetts, in May 2006 (Lot 315) when it was noted as having had only two owners from new,” the auction house notes. “The current owner purchased the Rapide at the subsequent Bonhams Greenwich Concours d’Elegance sale in June 2011 (Lot 341). At that time the car was described as in generally original and correct order, apparently never having undergone a complete restoration.”

The auction house estimates this Rapide to bring between $97,00 and $140,000 on auction day, with the low estimate landing close to its 2011 selling price at Greenwich.

This range is where Rapides invariably trade, and have been trading for quite some time, having seen only a small boost in the second half of the 2000s. For a car just 55 examples of which were made, the Rapide has been extremely affordable in its later years, enough to seem like a bargain compared to other Aston Martin cars of the day.

Of course, there are a few reasons for this.

First of all, not everyone liked the design back in the day, and not everyone likes it now. Second, when collectors of British sports cars of that period want to buy a new car, they tend to buy coupes and convertibles. Third, the Rapide is very capable of producing service bills equal to Aston Martin cars of the same period, so when it comes to investing in service visits, one’s money has tended to go to the more valuable Aston Martin cars. Finally, the Rapide has seen a remarkably flat appreciation curve and has been frequently upstaged by the later and rarer V8 models, as well as the William Towns Lagonda of the late 1970s. So even among Lagonda enthusiasts in the UK and elsewhere, the Rapide has not seen an excessive amount of interest, and remains a curious bargain to this day. 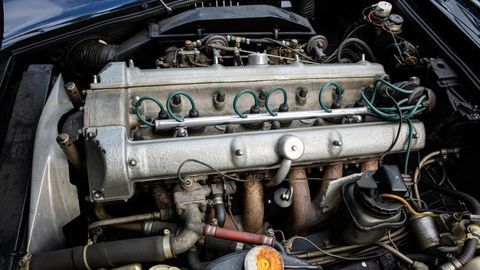 With collectors currently waking up to lesser-known Aston Martin models, we could see the Rapide gaining some momentum in the coming years, though we should also note that current trends have tended to favor the supercars of the 1980s and 1990s. Likewise, the number of people who knew of the model when it was new and actually remember it from that time period is not exactly growing with each passing year.

Therefore, we fear that the Rapide’s trajectory could remain flat for quite some time, until another great collector car market correction materializes. And that’s good news for classic car bargain hunters… if a $97,000 to $140,000 estimate range can be considered a bargain.