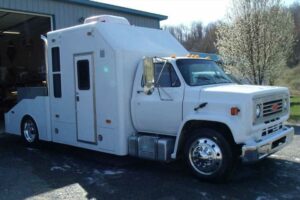 The behemoth can sleep two and haul an ATV.

Nearly any set of wheels can be converted into a camper with enough ingenuity and grit. So, it’s not that surprising that someone converted a big rig into a four-wheeled mammoth of a camper. It’s not the biggest living space out there, though its unique design guarantees it has the essential amenities on board for maximum comfort for such a vehicle.

The vehicle is from 1977 with a Detroit diesel under the hood that features a head bolt conversion, though the mileage is unknown. It has a five-speed transmission and a two-speed rear with new driveline brakes, shifter, and cooler. The seller re-did the cab, living quarters, and back deck after he bought it two years ago. Other upgrades include new brakes, wheel cylinders, brake booster, and master cylinder. There’s a new clutch and throw-out bearing, too. It comes with six new tires, two truck batteries and two living-quarter batteries. 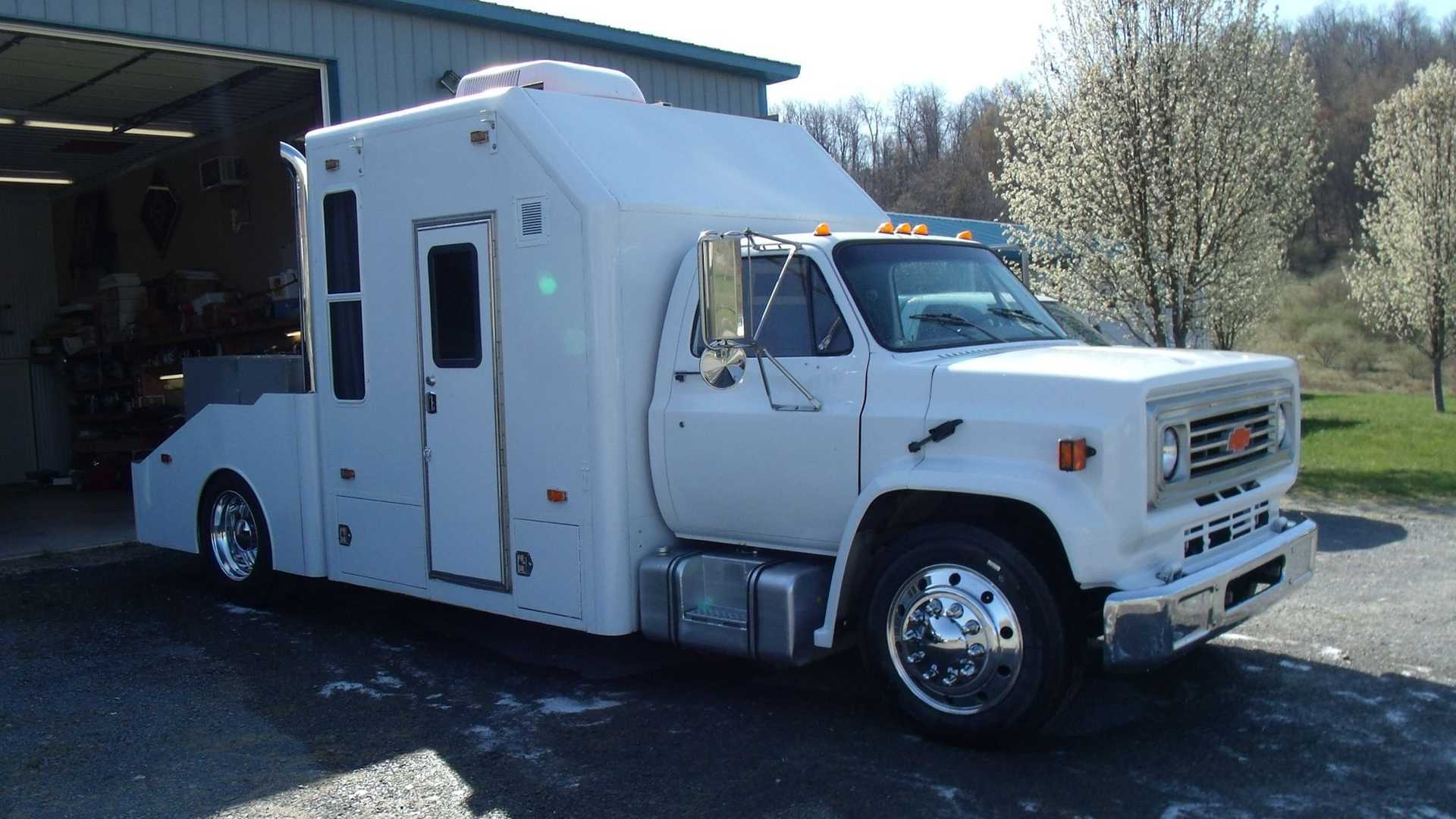 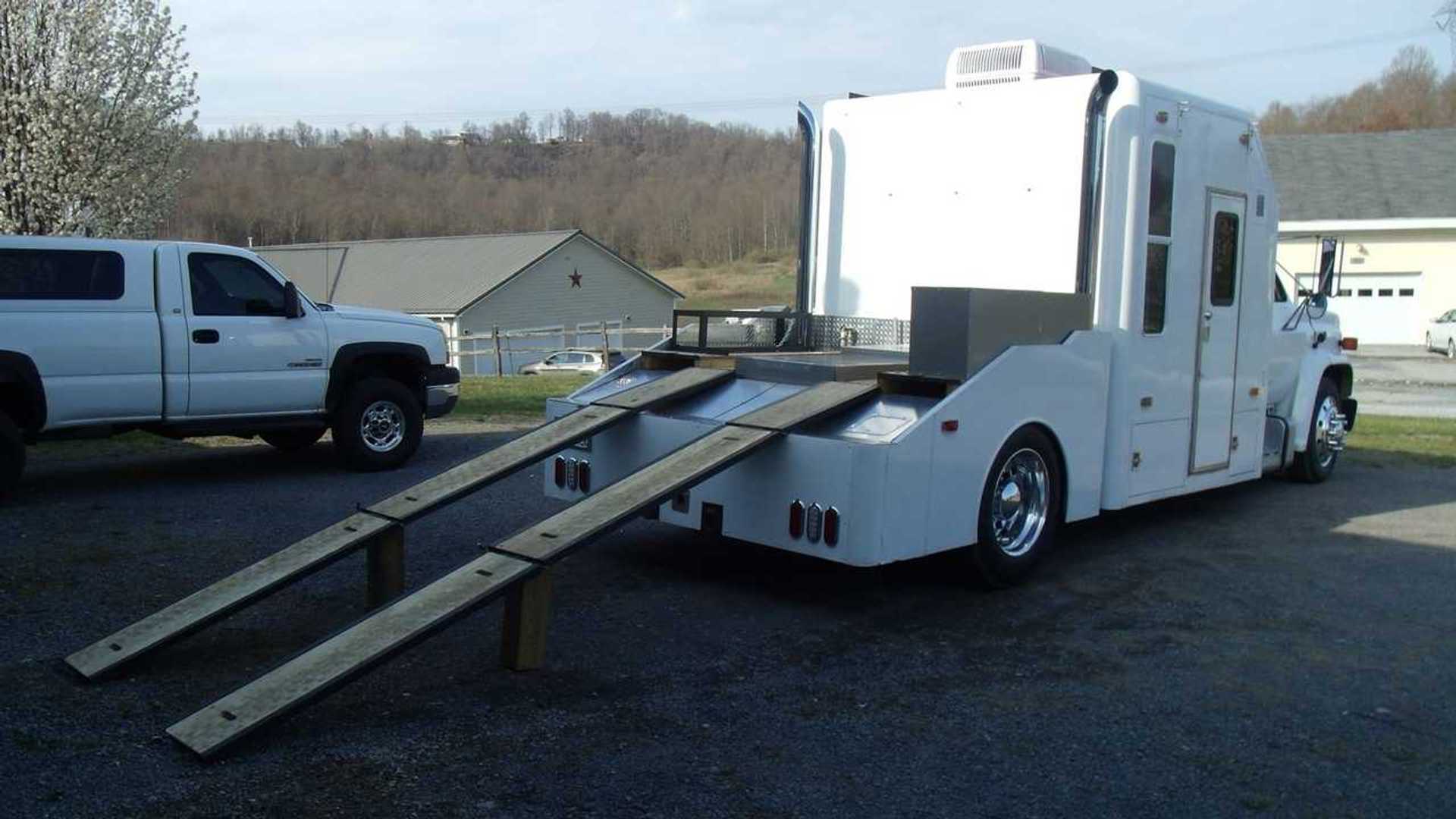 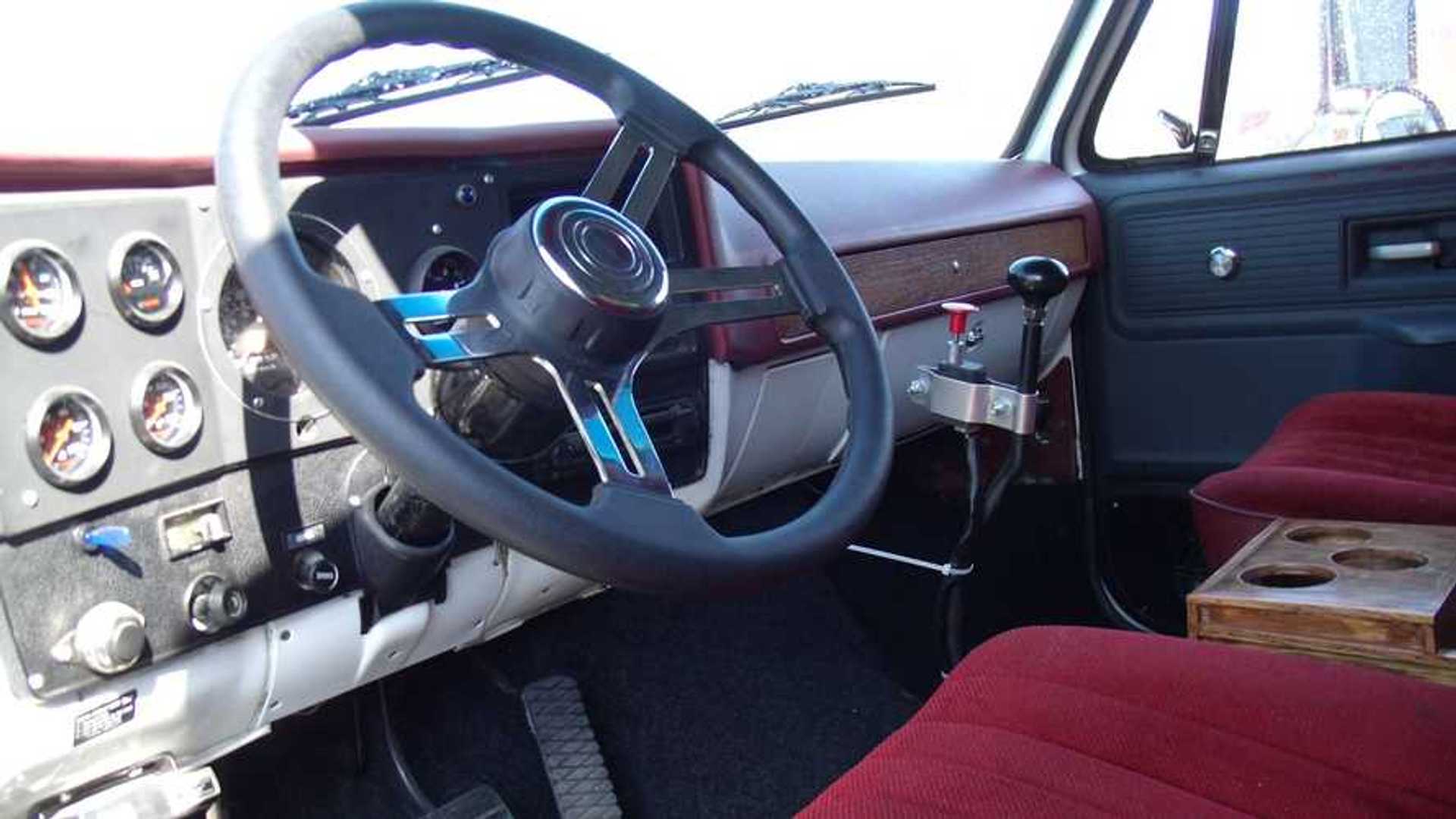 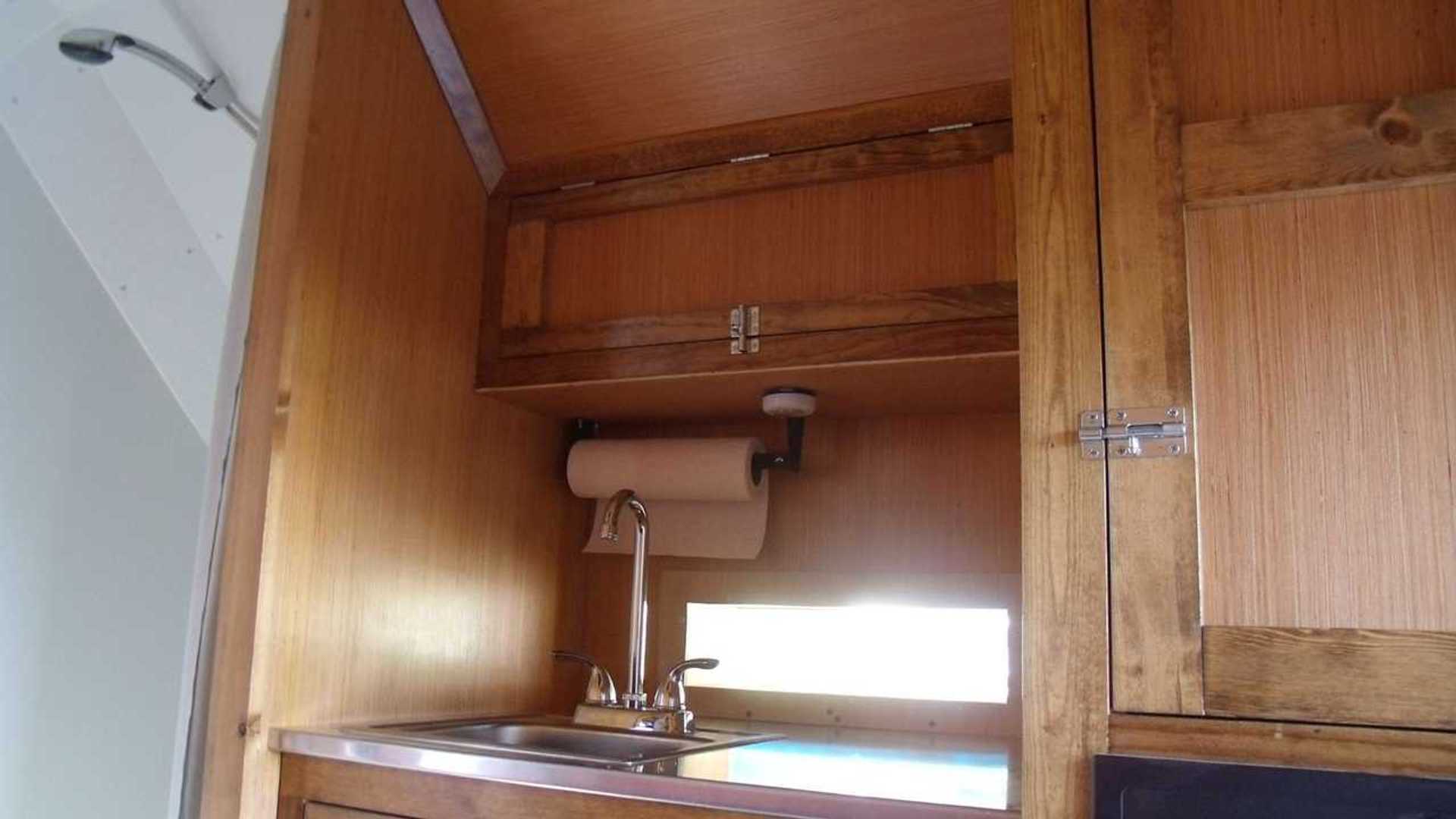 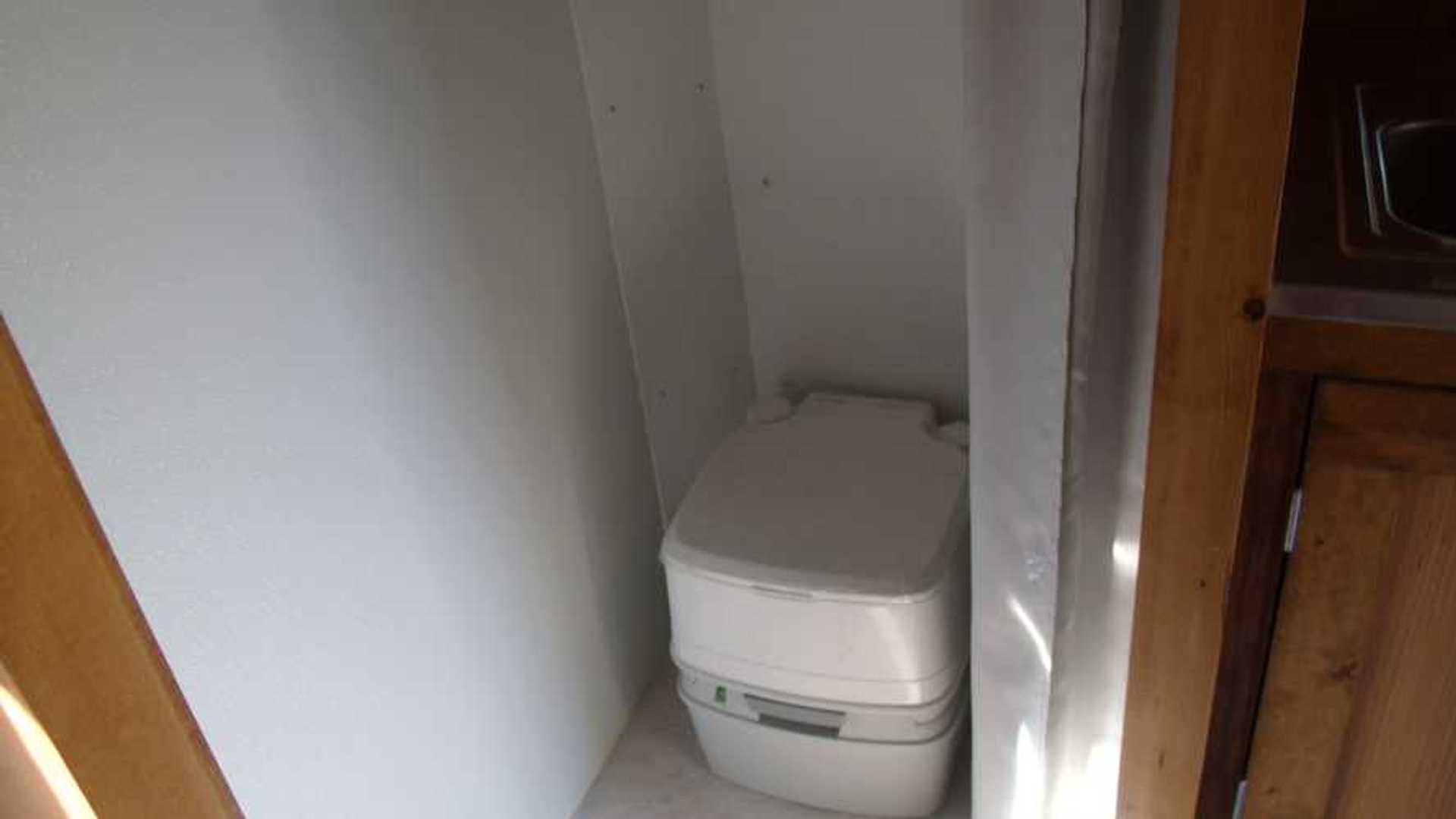 However, the goodies are inside the revamped cabin, which can sleep two. It features a shower, fridge, and toilet. There’s a sink with a six-gallon hot water tank, gray holding tank, and water pump. It features air conditioning, too. The truck sports a four-kilowatt Onan generator serviced and tuned at Cummings-Onan truck facility. It’s fed with a 25-gallon gas tank with a new external fuel pump and fuel lines. There’s a 36-gallon freshwater tank with four extra 5-gallon tanks. The truck comes with two 55-gallon gas tanks, which have been removed and cleaned. It also received new brake lines and a new filter.

According to the seller, the truck chassis is clear of rust though there are blemishes on the body, which is expected on a 44-year-old vehicle. The current asking price isn’t cheap – $24,900 – however, this is a unique build with some interesting qualities. The seller used the truck to haul his Honda Pioneer 500 Side by Side on the rear deck, which is quite accommodating for such a vehicle with a built-in ramp system.