Was the 1957 Rambler Rebel the First Muscle Car? What’s this strange-looking four-door? To our contemporary eyes, its body style sets it apart from what we traditionally consider to be a muscle car. But in period, the Rebel was considered “among Detroit’s ‘super-stocks’ or ‘performance models,’ ” as Ray Brock put it in the August 1957 issue of Hot Rod magazine. Joe H. Wherry, writing in the April 1957 issue of Motor Trend, described it as “a counterrevolutionary move on the part of AMC—they’re out to prove they can make ’em go fast as well as cheaply.”

AMC’s counterrevolutionary move followed the now tried-and-true muscle-car recipe: Take a powerful engine from a bigger car—in this case a 327-cubic-inch, 9.5:1-compression-ratio, 255-hp, 345-lb-ft V-8 used in full-size Nash and Hudson cars—and plant it in a midsize model. Buyers had a choice of a beefy manual transmission with overdrive joined via torque tube to a 4.10 rear end, or the “Flashaway” Hydra-Matic automatic and a 3.15-geared rear.

Now, 255 horses sounds modest, and it was, even in the period. Wherry produced a chart of “Detroit’s Stock Rods” in that same issue of MT comparing the Plymouth Fury, Dodge D-500, DeSoto Adventurer, Chrysler 300C, supercharged Ford Thunderbird, Mercury M-335, Chevrolet Corvette, Pontiac Tri-power, Olds J-2 Rocket, and Studebaker Golden Hawk, with the Rebel thrown in, too. The Rebel’s 327 had the lowest horsepower rating, with most of the cars making more than 300. (Keep in mind that this was during the gross-horsepower days, so the ratings would be lower using today’s SAE rating methods.) The king of this group was the 392-inch Hemi in Chrysler’s 300C, which put out 375 horsepower in standard tune and 390 with higher compression and a hotter cam. 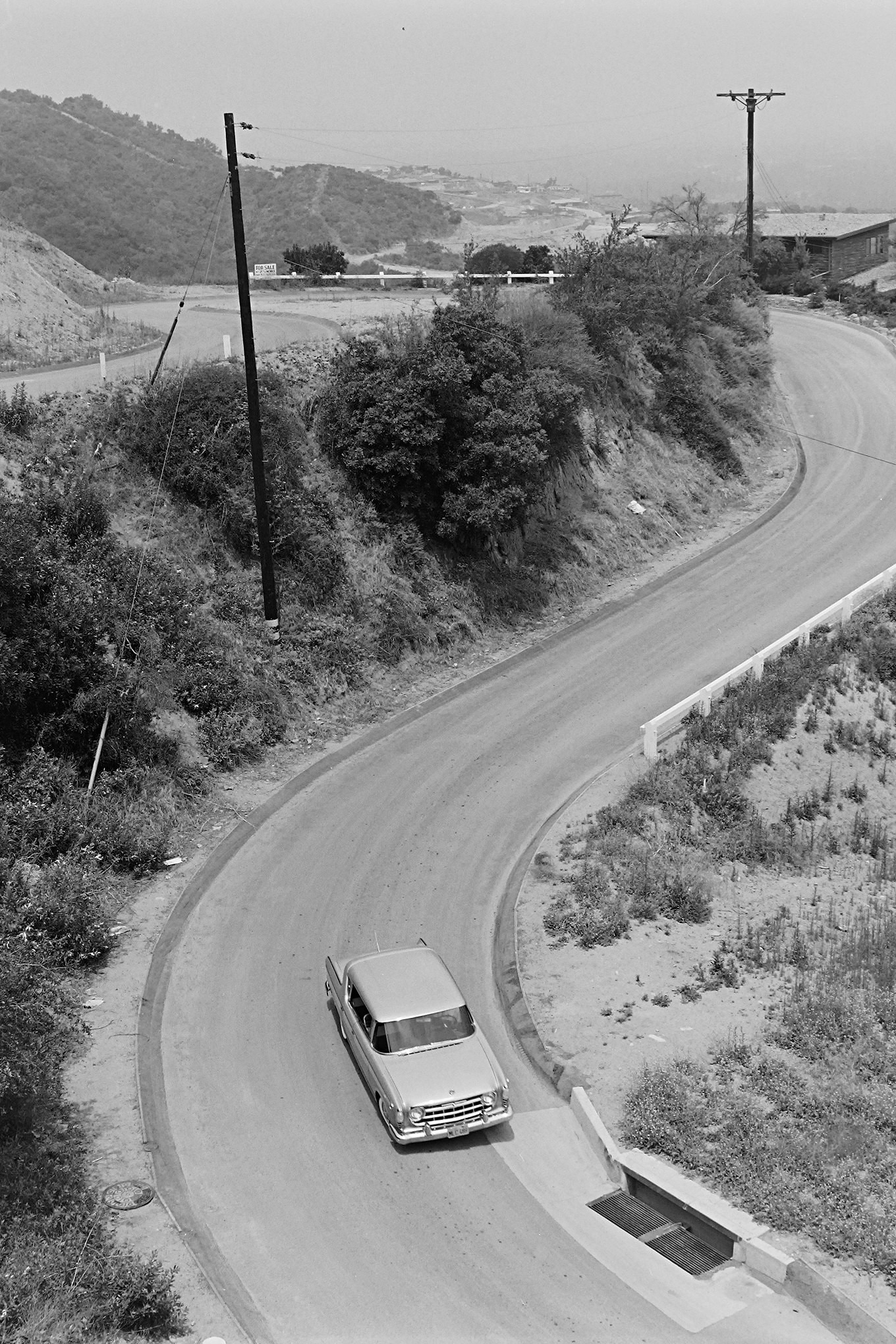 Yet the Rebel was the second quickest to 60 mph, its 7.5-second burst beaten only by the 7.0-second fuel-injected Vette. Like the Rebel, it made less than 300 horses—283 from 283 cubic inches—and like the Rebel, it taught MT readers a valuable lesson about power-to-weight ratios.

Brock tested an automatic around Los Angeles; Wherry drove a manual at Daytona Beach during Speedweeks that February. “Standing quarter-mile acceleration was accomplished in 17 seconds flat with a speed of 84 mph,” Brock wrote, reminding readers that a “3.54 ratio available in other Rambler series cars would make a world of difference.”

Wherry took part in an acceleration competition with other journalists on the beach and tied for fourth place with an 18.32-second pass. “That sand, you know! But the important thing is that almost everyone crossed the end of the quarter-mile strip from 85 to 90 mph—good moving, and especially so on sand, which is tricky at best.” 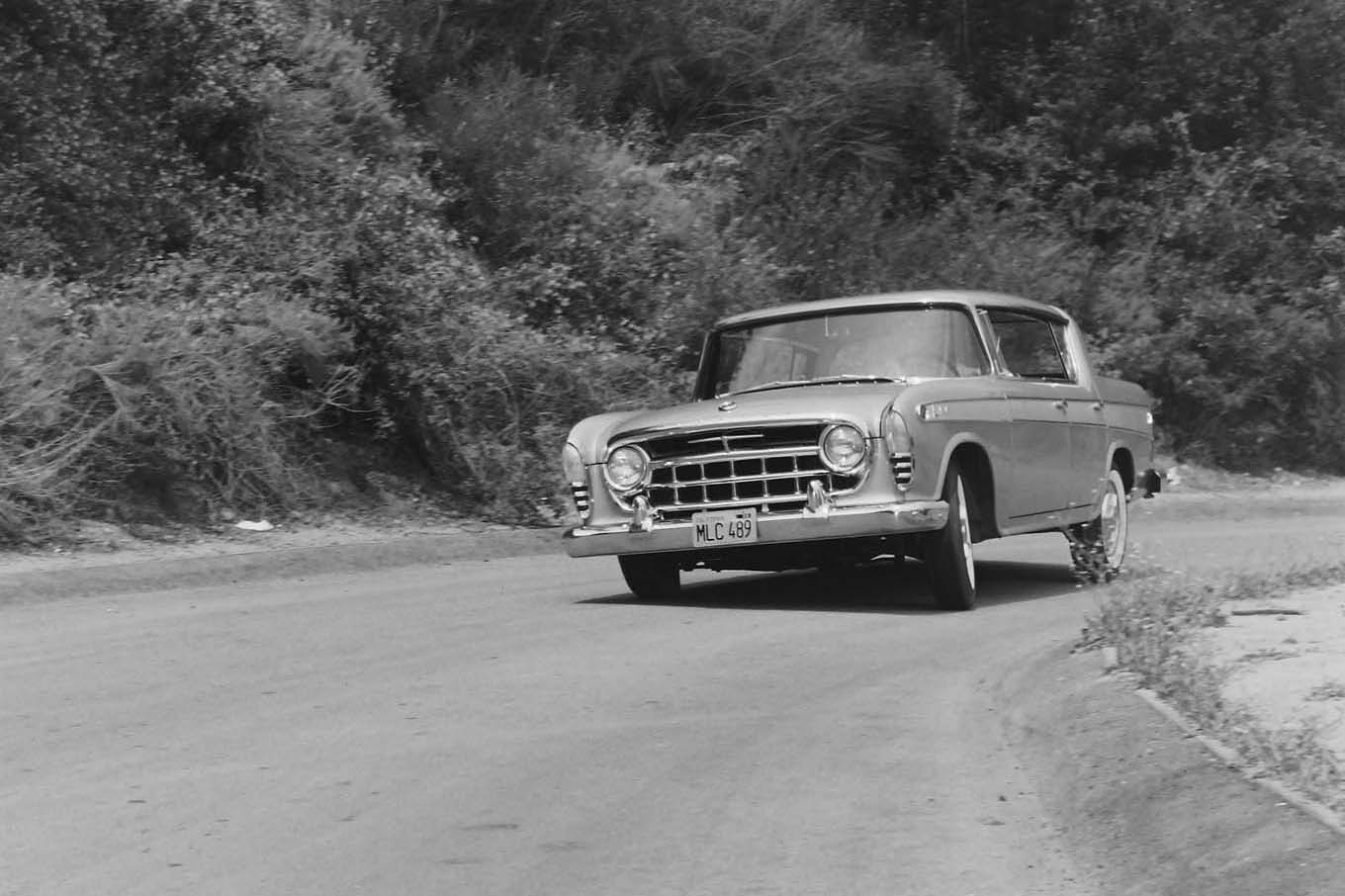 The quickest of the media was Ken Fermoyle, at Daytona representing Petersen’s Motor Life magazine, with a 17.87-second pass, the only one in the 17s. The two hot shoes from Hot Rod, Brock and editor Wally Parks, were slower, at 18.38 seconds (good for sixth) and 18.91 (11th). “Most of us were new at beach dragging and possibly we were too cautious,” Wherry explained. “No one outside of AMC had driven the Rebel.”

While their test cars were carbureted, both writers mentioned AMC’s plan to offer the 327 with Bendix electronic fuel injection, “which AMC calls the ‘Electrojector,’ ” wrote Wherry. “So equipped, the compact six-seater becomes a guided road missile, according to what I’ve heard from engineers who built this rig. Power then jumps to 288 horsepower.”

Brock, writing later than Wherry, noted that AMC encountered “a few flaws” with the Electrojector and withdrew it from production plans “until the trouble is solved.” 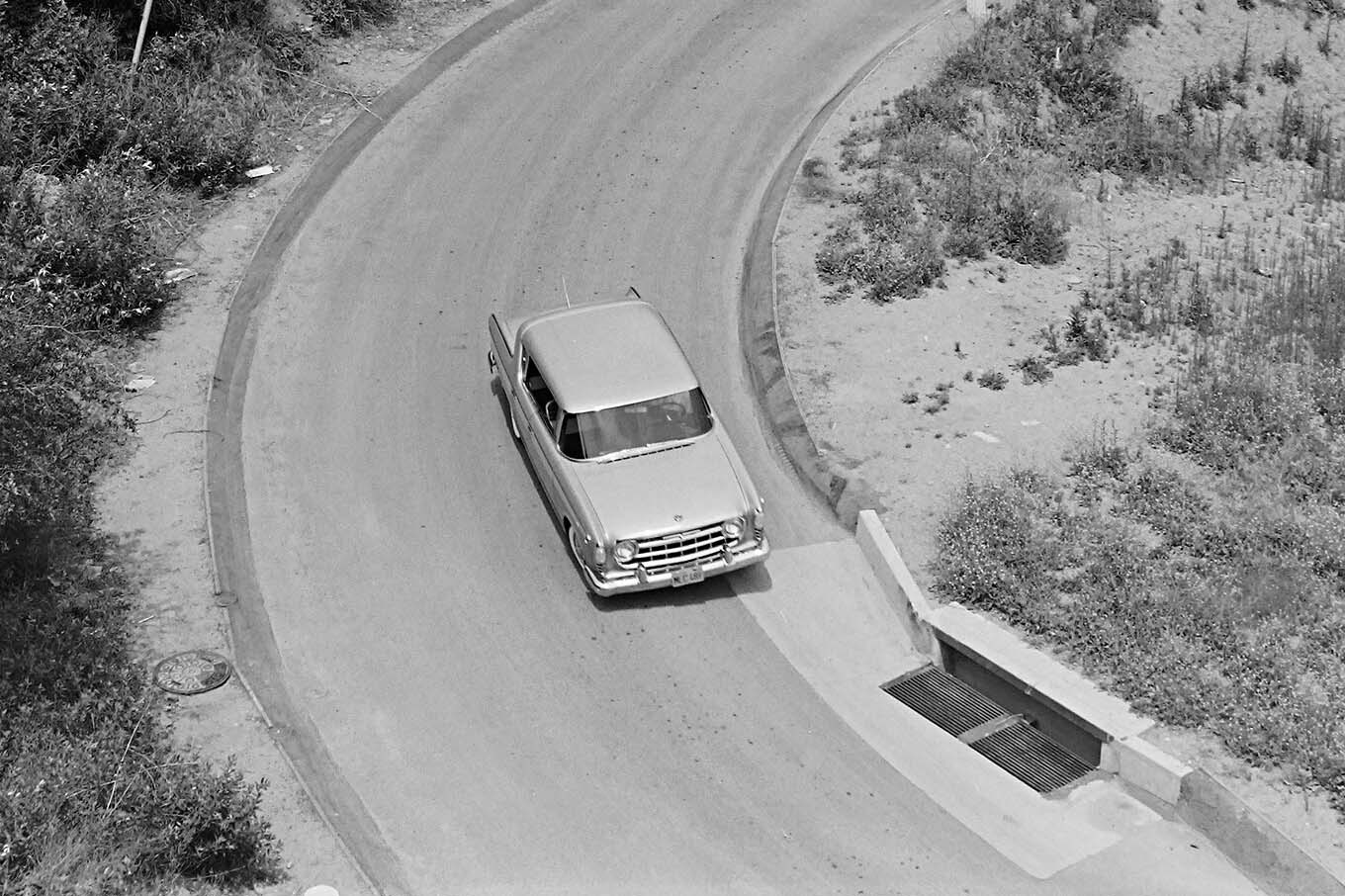 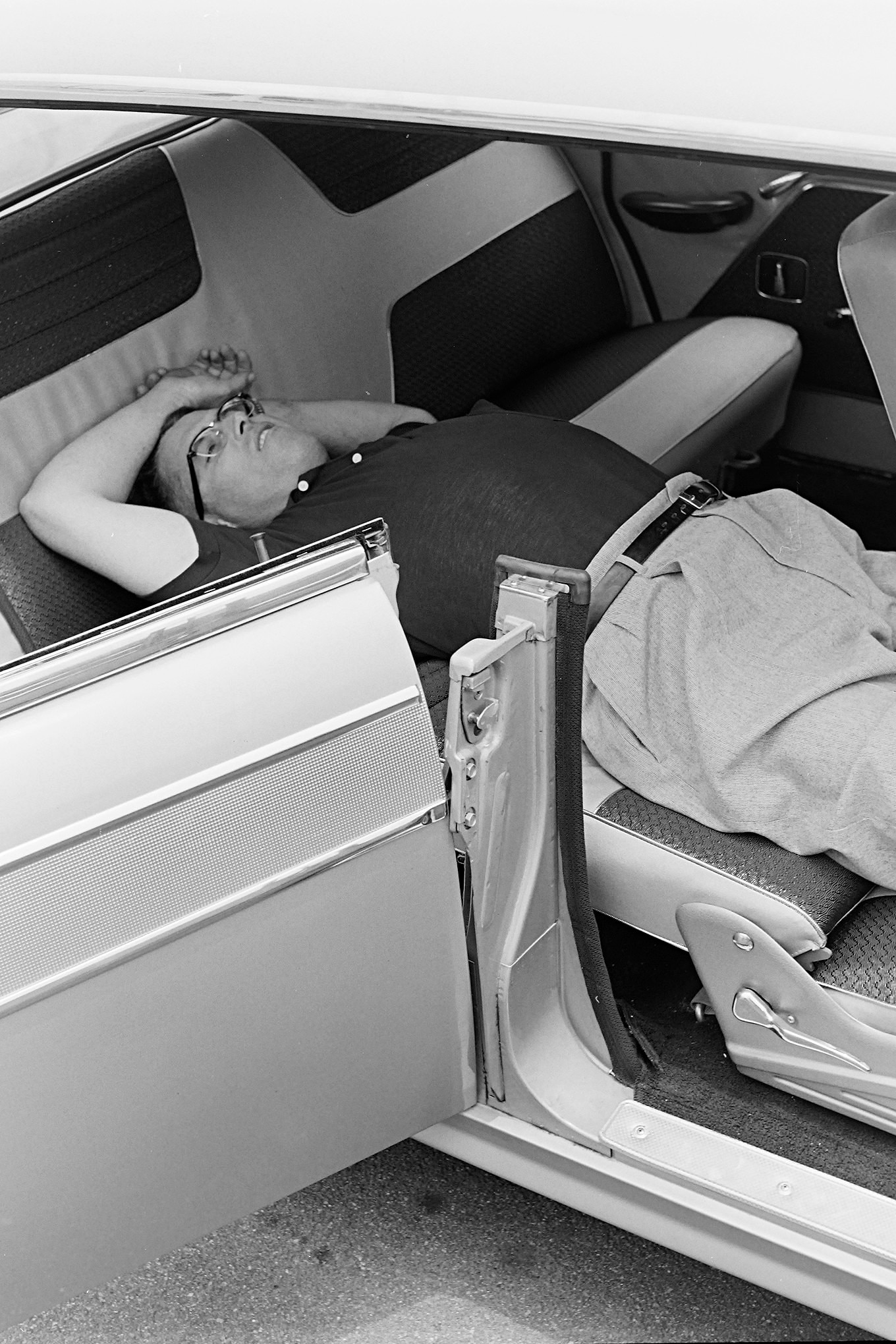 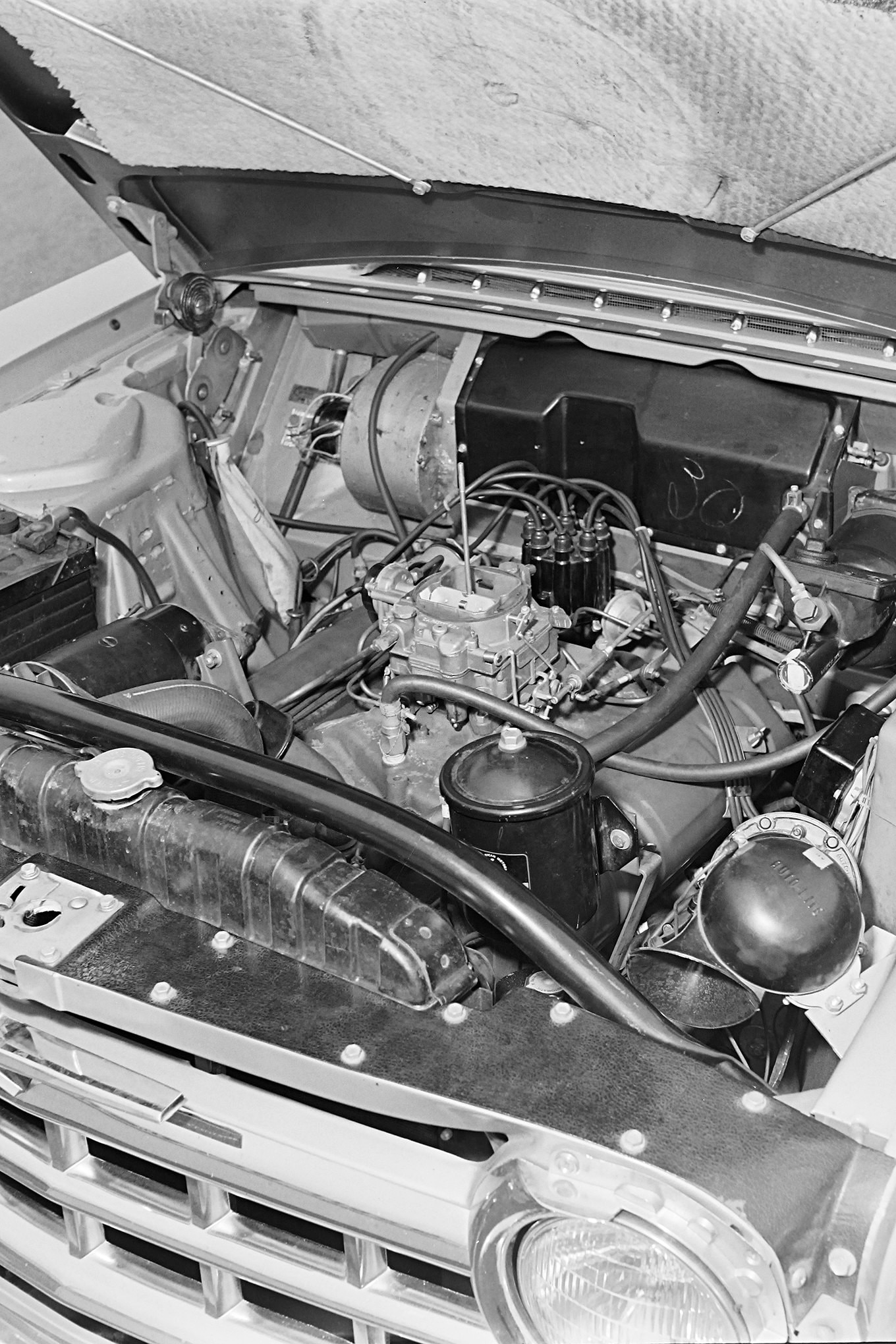 That never happened. Just 1,500 of the hot 1957 Rebel were produced, all carbureted save for a few fuel-injected preproduction cars that were never offered to the public. For 1958, the Rebel became a part of the regular Rambler lineup, powered by 250-cube V-8s making 215 horses.

This demotion to also-ran status would happen to quite a few muscle cars 15 to 20 years later, so maybe the 1957 Rebel is closer to real muscle than we thought.