Home » Classic Cars » Will You Still Teach Your Kids to Drive a Manual?

Will You Still Teach Your Kids to Drive a Manual? 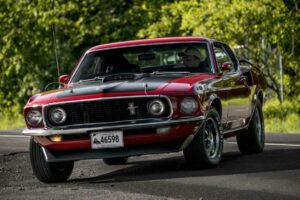 Even before the first electric cars arrived on sale, it was entirely possible to go through life without learning how to drive a car with a manual transmission. Odds were, even if your family was “into” cars on some level, there weren’t a great many incentives to learn how to drive a stick even 40 years ago unless you made a point to do so. If all the cars in your family were automatics and your first car was as well, manuals were something you had to actively seek out, because the Big Three were not generous with manual transmissions save for a few gas misers, bare-bones trucks and pricey performance cars. (And even then, one could have a Corvette or a Mustang in the family while growing up, and they could all be automatics, too).

For many Americans for the past 40 years or so, manual transmissions seemed to be an “optional” item they either learned early on, didn’t learn at all, or learned much later in life out of curiosity. Either one of your parents taught you how to drive a manual, you learned it yourself or with the help of a driving course or a high school friend with a car, or perhaps you learned it on your own quite a few years after you started driving.

The EV age we are now entering does not exactly promise to create new incentives to learn to drive a stick, creating the feeling that in about a generation the skill will be something of a lost art—like using a manual typewriter. For a while, the various EV start-ups appeared to hype the idea that even driving by humans will become optional within a few years, just as the mirage of fully autonomous driving beckoned on the horizon. Thankfully, we’re past that embarrassing period about five years ago when podcast hosts would openly wonder if their teenage kids would ever need a driver’s license at all since the robotaxi utopia was just around the corner.

However, as a number of EV manufacturers have demonstrated, it is possible to pair a manual transmission with an electric motor. Opel’s recent reworking of the Manta featured a four-speed manual transmission, so it’s by no means a technical impossibility to integrate either a shift-by-wire system and a clutch to simulate a manual transmission, or actually have a multi-speed EV that uses gears that can be selected manually.

In a few years, as more sports cars go electric, we’re bound to see some interesting transmission options, as well as systems that emulate them.

But when it comes to actual manual transmissions, do you still consider it an important skill for the future—something you would teach your kids—or an outdated technology that is far less relevant than it used to be? Let us know in the comments below.