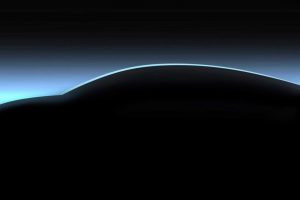 Today, Volkswagen is taking a look into the more distant future of the company. The new Accelerate strategy comes as an extension to the Transform 2025+ business plan the automaker announced five years ago. The “focal point” of the updated strategy is the car you see here.

So far called the Project Trinity, it’s an electric vehicle that will take the shape of a sedan, which will be able to “drive highly automated according to Level 4.” The Trinity name comes from the Latin “trinitas” and stands for the tri-unity. In this case, this means “a newly developed electronics platform with state-of-the-art software, the simplification of the supply structure, and fully networked and intelligent production at the main plant in Wolfsburg.”

The zero-emission sedan won’t morph into a production vehicle until 2026 though, and Volkswagen says it plans to produce it at home in Wolfsburg. When it debuts, it will be technically ready for Level 4 of autonomous driving. The automaker even describes it as a “time machine” because it will give people time and will save them stress.

Another huge promise Volkswagen is making is about the charging speed of the Trinity Project. It will charge its batteries “as fast as refueling” and will “set standards” in terms of range. None of these statements are backed up by specific numbers though.

Last but not least, Volkswagen says Trinity and other future electric models from the company will be “produced with considerably fewer variants” and the components used will be pretty much standardized for all of them. This means customers will have fewer versions to choose from, but the new cars will have “virtually everything on board” pre-loaded and the users will be able to activate desired functions “on demand.”