We don’t know what that price is just yet, but order banks open in early 2021.

Spring is in the air. Actually, it’s autumn for folks in the northern hemisphere, including the sprawling expanse of Europe where this new Dacia will roam. It’s called the Spring Electric (hence our witty intro) but it’s more than just a new EV for scooting around town. It’s Dacia’s first foray into electric motoring.

Well, it sort-of is, anyway. If this neat little five-door looks familiar, it’s because you probably saw it in China as the Renault City K-ZE where it’s been on sale since 2019. The shape and powertrain are pretty much the same, though Dacia adds a few touches such as a unique grille and lights, and of course you’ll find Dacia badging where Renault nomenclature once stood. We suspect the key takeaway will be the lowest priced claim, though if we’re honest, we don’t yet have official pricing from Dacia. However, the Renault K-ZE sells for less than $9,000 in China so that’s a good starting point. 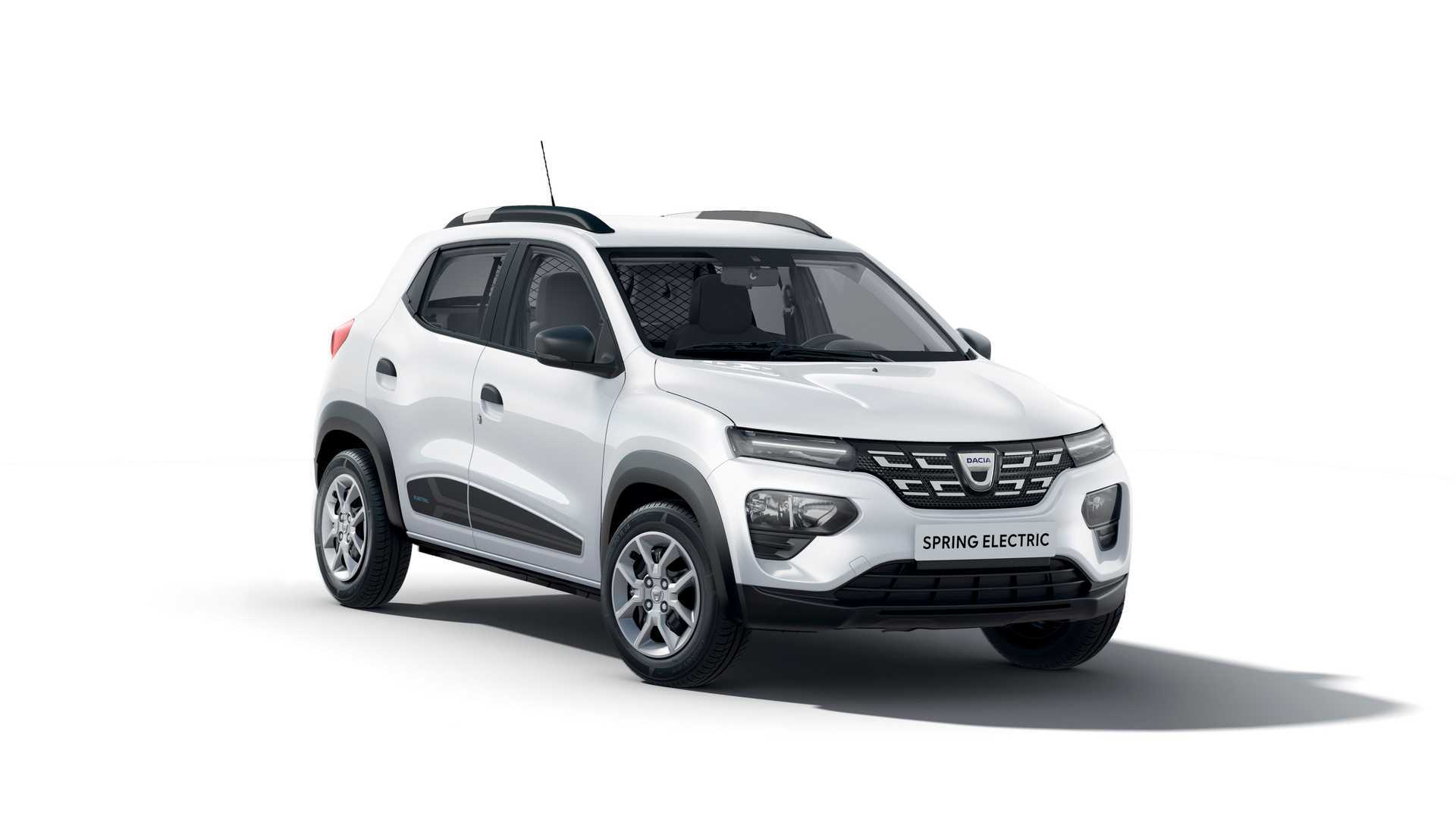 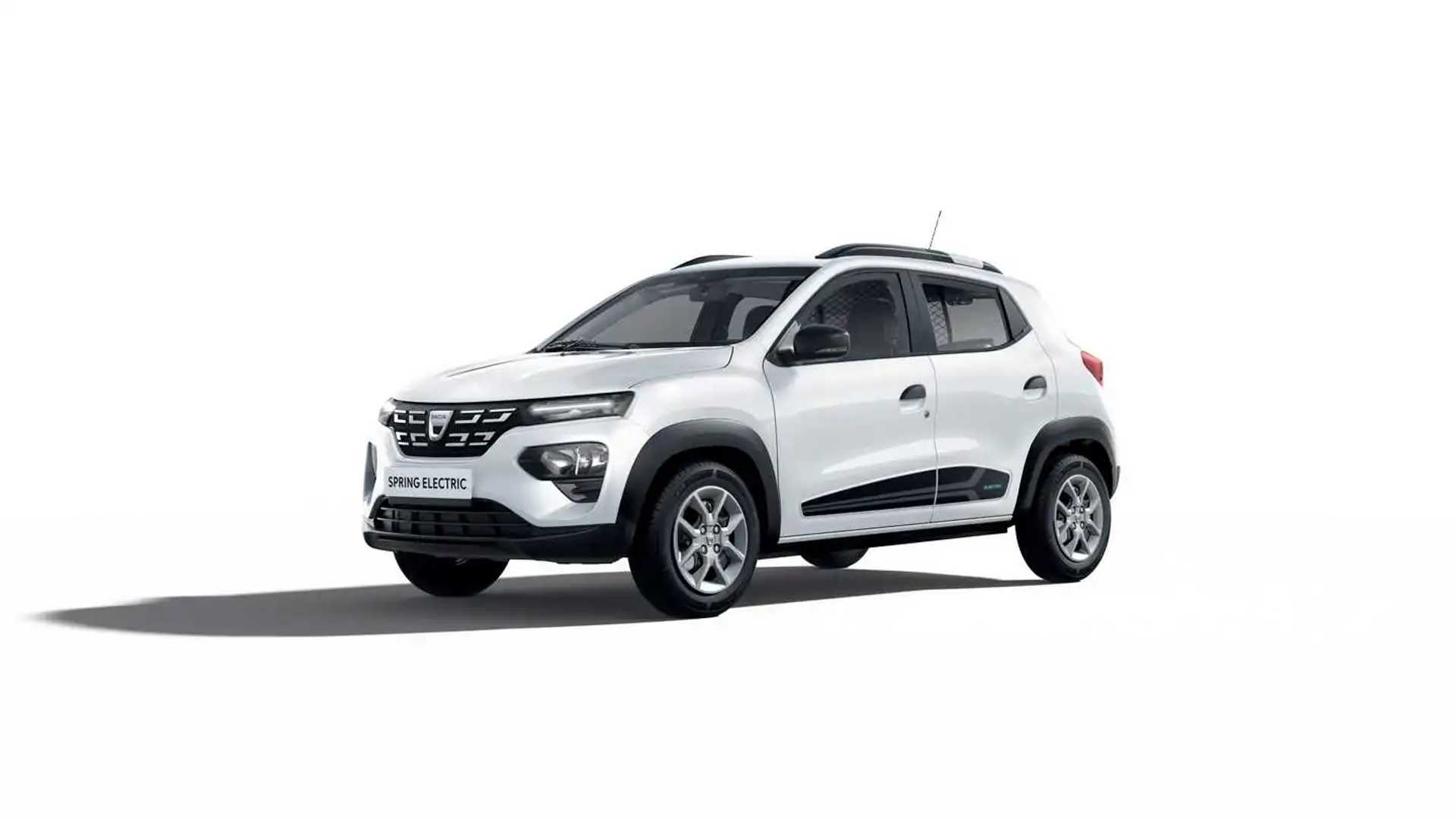 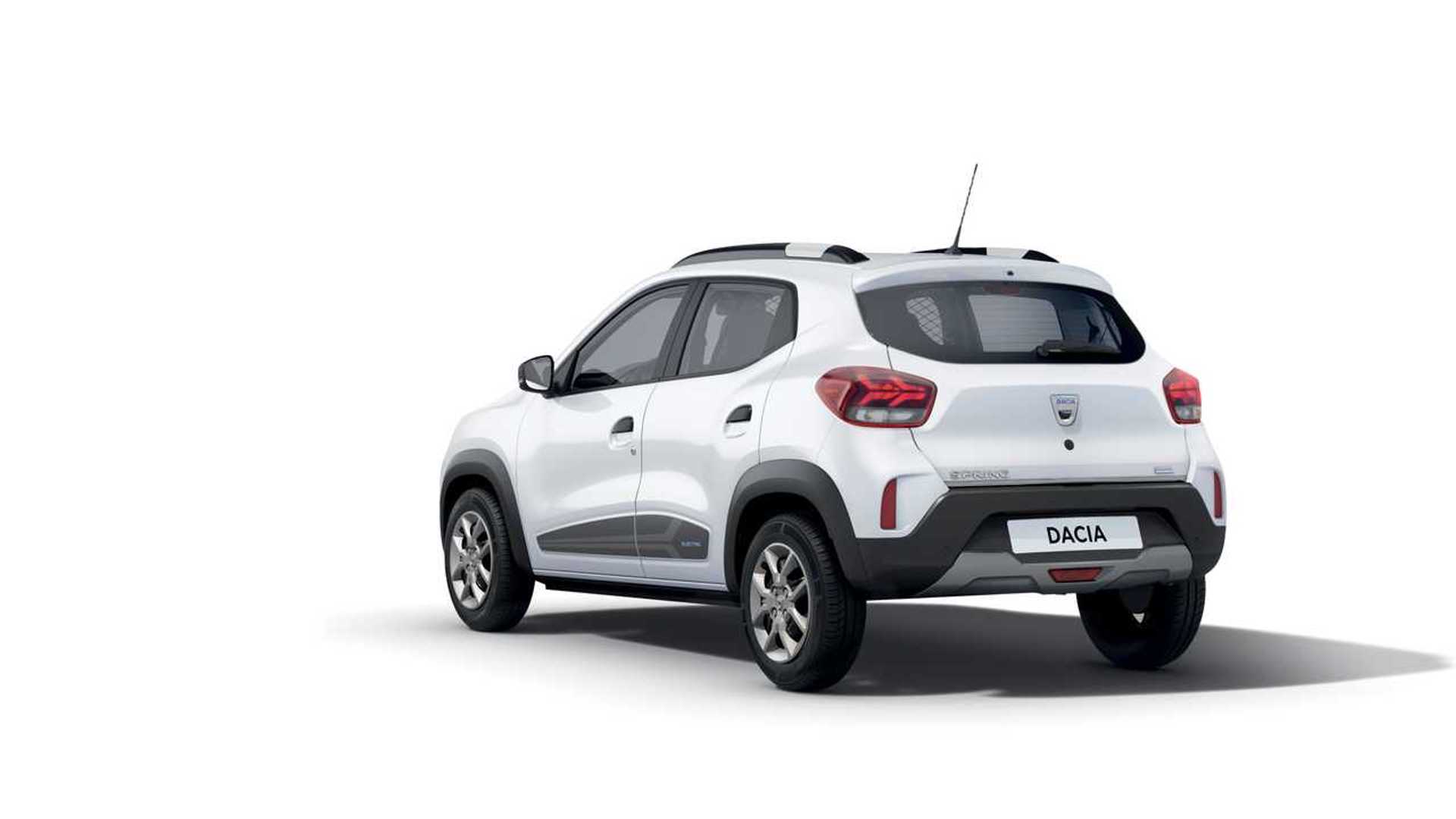 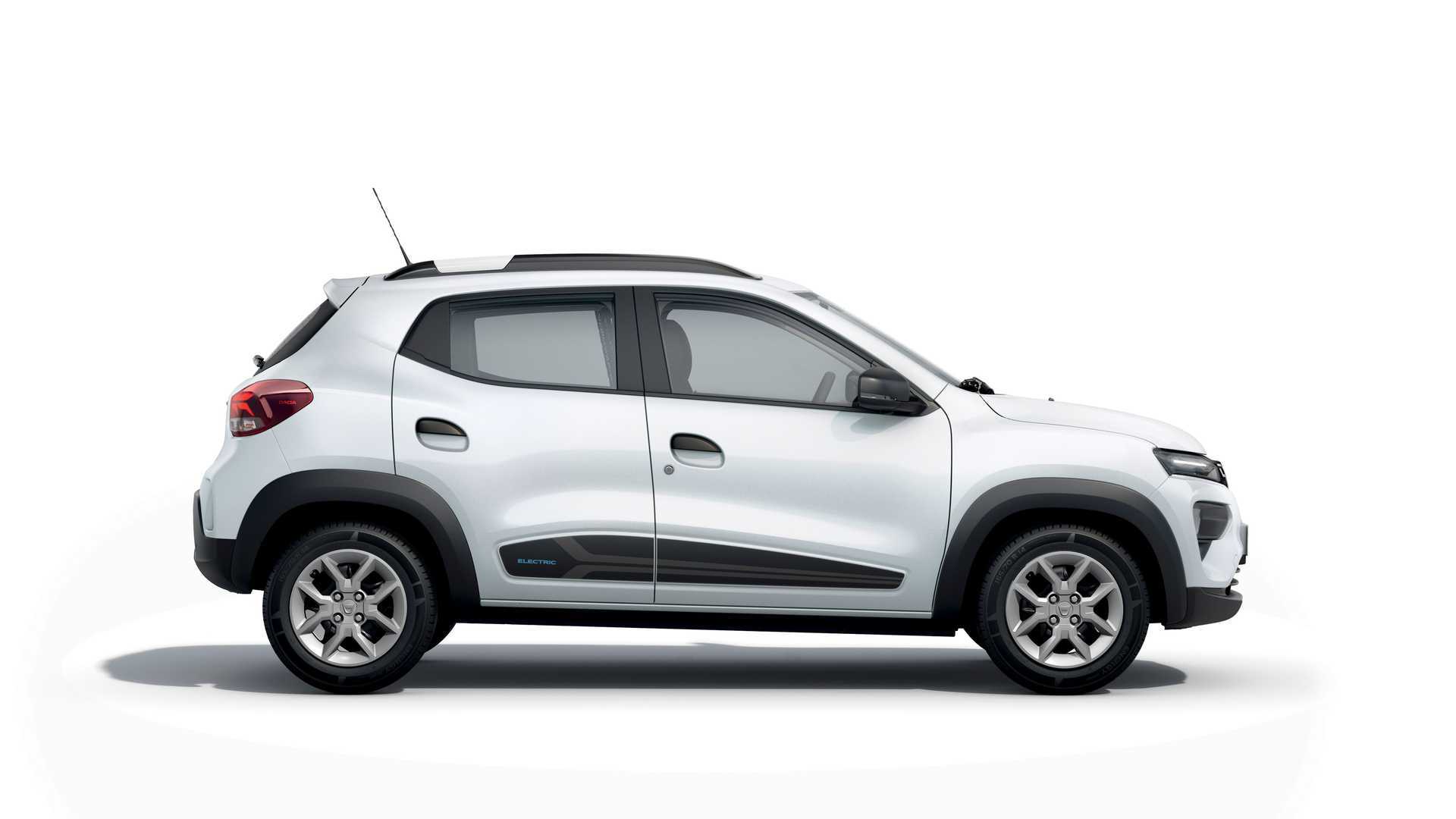 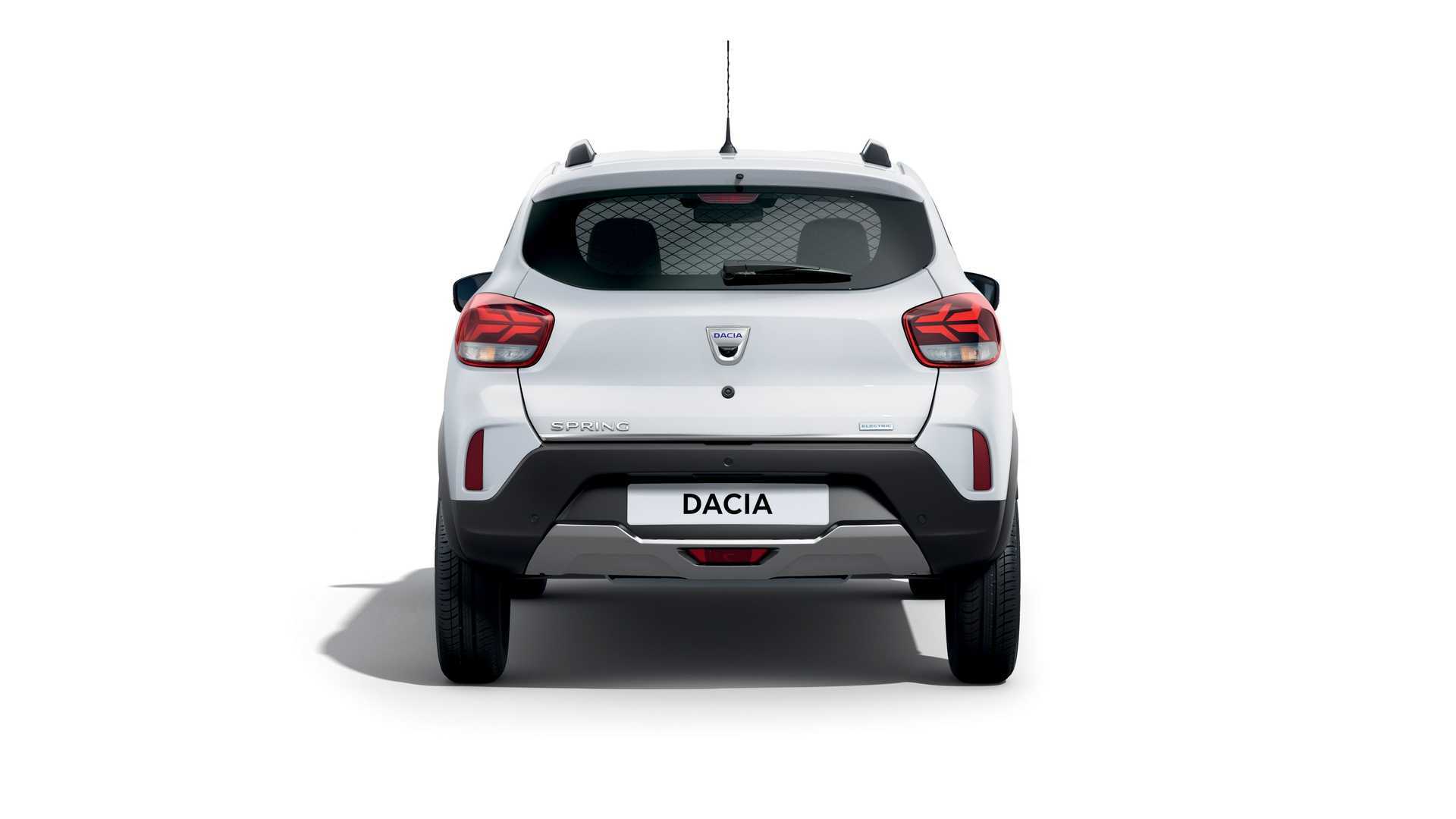 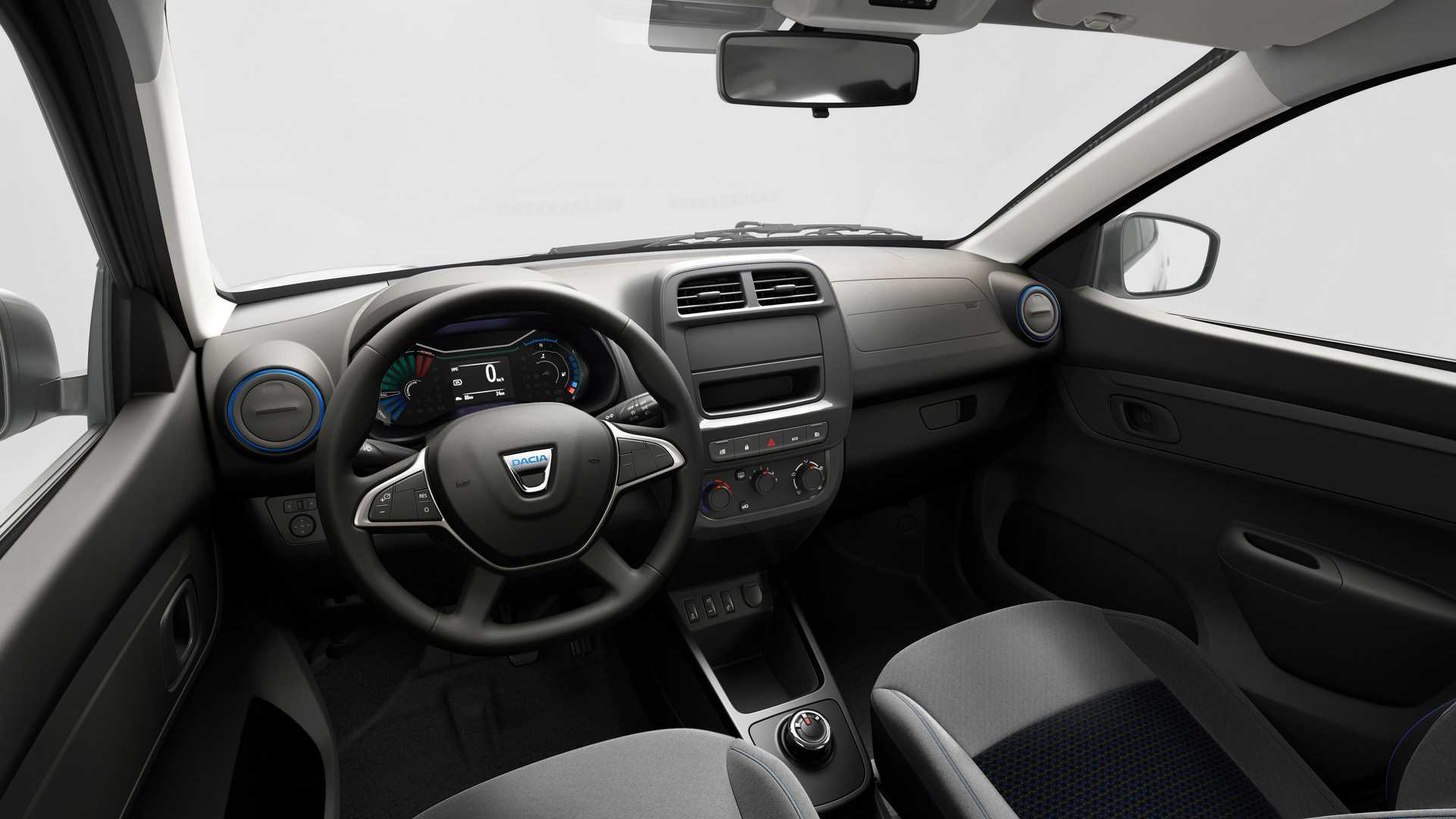 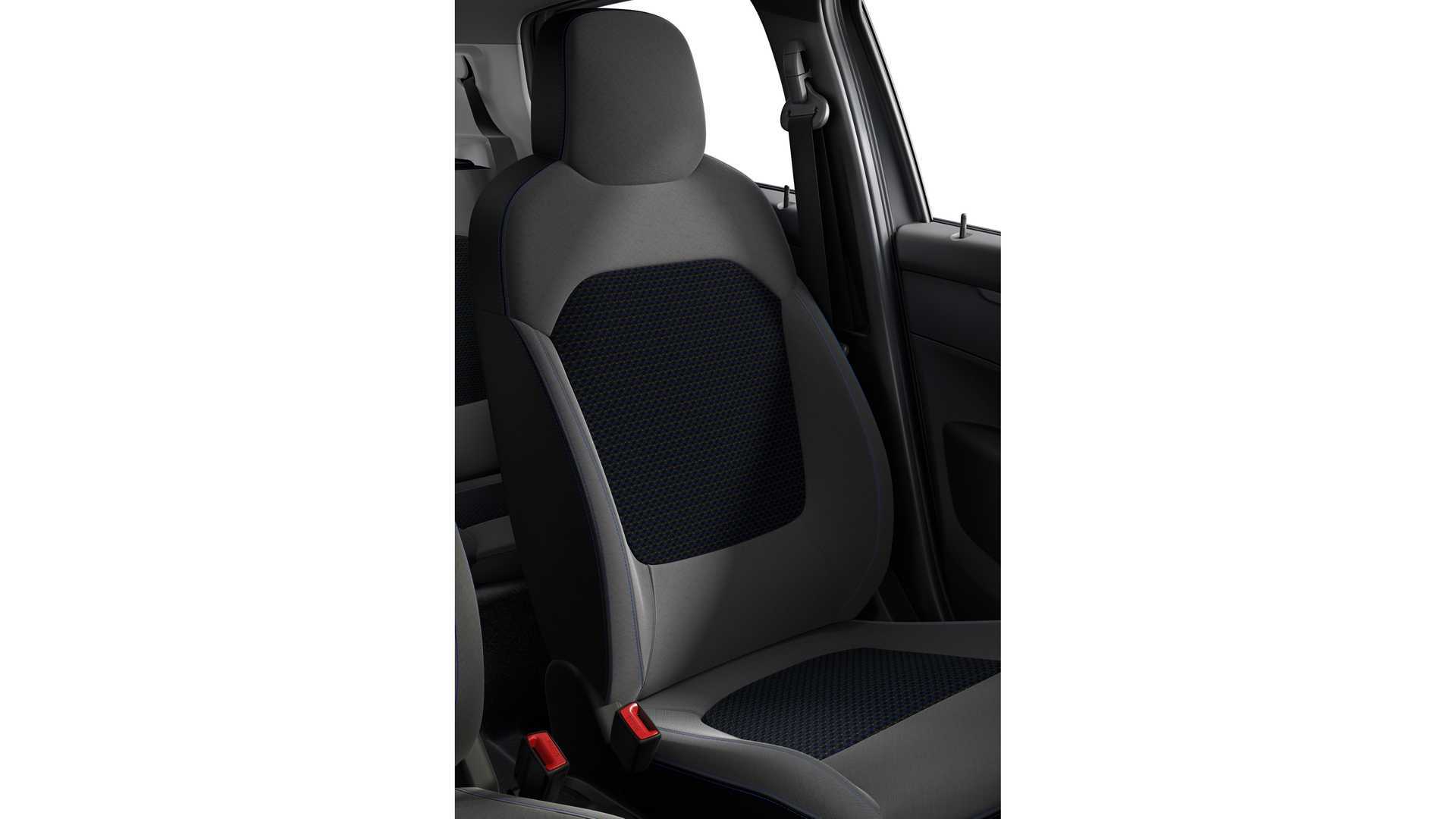 As you might expect, a low price means you won’t get many frills in base form. Power windows and locks are included, and a small 3.5-inch digital display in the instrument cluster is standard. Beyond that, items such as manually-operated air conditioning are optional, as is a spare tire. That’s not to say you can’t up-spec the Spring Electric – a multimedia system with a 7.0-inch touchscreen and Apple CarPlay / Android Auto is available. That screen can also deliver optional navigation and parking assist with a backup camera, aided by radar sensors for auditory cues.

On the safety side, the EV Dacia is far more impressive. Standard-issue items include the expected bevy of airbags along with traction and stability control systems. Automatic headlight activation is also standard, as is auto emergency braking which utilizes radar systems upfront to warn the driver of an impending collision, and apply the brakes if the driver doesn’t respond. That’s impressive kit for a car claiming to be the cheapest EV in Europe.

As for power, the Spring Electric uses a single electric motor offering a maximum of 44 horsepower (33 kilowatts) for the front wheels, powered by a 26.8-kilowatt-hour battery. WLTP range is estimated at 140 miles (225 kilometers) but pressing the Spring’s Eco button adds nearly 10 percent to the distance. This is done by reducing the motor to 31 hp (23 kW) and limiting top speed to 62 mph (100 km/h), down slightly from the normal top speed of 78 mph (125 km/h). A basic 220-volt home charger is standard, but with the optional Wallbox or DC charging cable, the battery can reclaim 80 percent of range in less than an hour on a 30 kW terminal.

Though we’re seeing the Spring Electric today, Dacia says orders won’t open until the spring of 2021. It will be offered in two variations, including a standard five-passeger commuter car and a dedicated cargo vehicle with the rear seat removed. Specific pricing will be available closer to the on-sale date.

END_OF_DOCUMENT_TOKEN_TO_BE_REPLACED

END_OF_DOCUMENT_TOKEN_TO_BE_REPLACED
We and our partners use cookies on this site to improve our service, perform analytics, personalize advertising, measure advertising performance, and remember website preferences.Ok