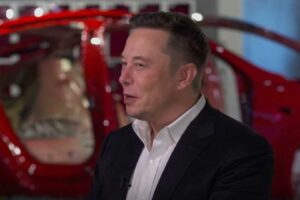 Despite Tesla’s success, Musk wasn’t all rainbows and unicorns on the recent earnings call.

Now that the dust has settled, Tesla’s stock has surged since the company’s second-quarter numbers were released. It appears the market is embracing a bright future for Tesla and its forward-thinking battery strategy. That said, Elon Musk wasn’t all rainbows and unicorns on the company’s earnings conference call.

Carmine Gallo at Forbes writes, “Business leaders who run complex organizations or divisions should take a page from the Musk playbook and explain their businesses before someone else with less expertise does it for them.” Indeed. Musk’s frank and candid communication style was, once again, on full display.

Manufacturing electric vehicles is “insanely difficult,” Musk said. “Those who have not actually been involved in manufacturing just have no idea how painful and difficult it is. It’s like you’ve got to eat a lot of glass.” Ouch. And that’s not all. Musk acknowledged that ongoing chip shortages are “quite serious” this year.

“There are 10,000 unique parts and processes that have to work,” Musk explained. He went on to say that even if they have 9,999 of those parts, just one missing part means the car can’t ship. And chip shortages weren’t the only supply chain roadblock for auto manufacturers.

“For example, a big struggle this quarter was the module that controls the airbags and the seat belts. And obviously, you cannot ship a car without those. That limited our production severely worldwide in Shanghai and in Fremont,” explained Musk.

Production is hard. Prototypes are easy. The real challenge, according to Musk, is manufacturing at volume. In retrospect, this might’ve been a not-so-subtle reminder regarding those start-ups out there receiving endless hype for their EV prototypes. After all, during the week of Tesla’s quarterly earnings call, the start-up electric automaker Lucid Motors went public and raised $4.5 Billion.

According to Musk, manufacturing at volume is where the rubber meets the road. He explains, “The really remarkable thing that Tesla has done is not to make an electric car, or to be a car start-up, because there have been hundreds of car start-ups in the United States and outside United States. The thing that’s remarkable is that Tesla didn’t go bankrupt in reaching volume production.”

Outside observers (and investors) often think, according to Musk, “the prototype or the idea was the hard part, and it is not. It is trivial by comparison with actual production. So it’s always worth noting that of all the American car companies, there are only two that have not gone bankrupt… Ford and Tesla.”

Even though Tesla’s second-quarter results were well-received, Musk’s not about to relax and let his guard down. He issued a stern reminder to investors, staff, and perhaps even himself when he said, “the seeds of defeat are [often] sown on the day of victory, and we must be careful that we do not do that.”