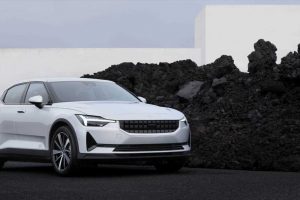 Polestar said it is adding two new versions of its Polestar 2 EV, an entry-level version of the dual-motor model, and a new, single-motor version. The loaded Launch Edition remains unchanged, though a Polestar official told Autoweek it will probably go by the wayside after the 2021 model year.

Polestar says the changes make the Polestar 2 “accessible to a wider audience while simultaneously adding range and reducing base pricing—all without sacrificing key features such as Google Assistant and Google Maps built-into the vehicle.”

“2021 is the year in which Polestar 2 will really gain momentum,” said Thomas Ingenlath, Polestar CEO. “We launched with a strong offer which has set a great tone for the car. Now, we expand that offering with additional versions—each one maintaining its unique design, premium quality and fun driving experience.”

He said the company has “avoided stripping the lower-priced models of their character and premium feeling. Even the most affordable Polestar 2, with no option packs, has great visual consistency and high level of standard equipment,” he said.

The new single-motor version, arriving here at the end of the year, uses the dual motor’s 78 kWh battery, with an estimated 260-mile range. The single motor Polestar 2 has 231 hp, up from the 204 hp on each axle of the dual motor.

Polestar says the exterior and interior design is largely indistinguishable between the three models. Minimum specs include 19-inch wheels, LED light designs front and rear, and drag-reducing frameless mirrors. Like the WeaveTech vegan upholstery introduced in 2020, there’s a new embossed textile upholstery that is also is a vegan material and is available in two colors. Other notable standard equipment includes an eight-speaker stereo, front- and rear parking sensors, and a backup camera. As before, Google’s new Android Automotive OS powers the infotainment system via an 11-inch center display and 12.3-inch dash display, standard on all three variants. The Polestar Digital Key is integrated into the new Polestar app, allowing vehicle controls at the touch of the driver’s smartphone. Polestar will release free software upgrades over the air (OTA). The new app and Digital Key begin rolling out to Polestar 2 owners OTA starting in May. 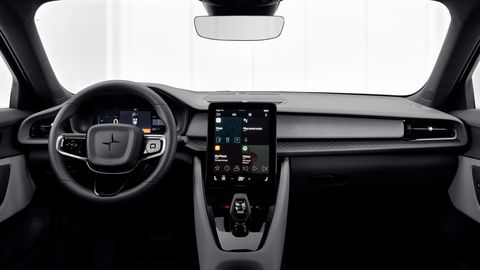 Arguably the Plus Pack’s most notable feature is a mechanical heat pump, reducing the need to rely on the battery charge to heat the interior, for more range. The pump captures ambient heat and residual thermal energy from the drivetrain, cutting the climate draw on the battery as much as 50 percent, Polestar says. This is especially effective in colder climates, and when the temps are between 40 and 60 degrees Fahrenheit, the car can gain as much as 10-percent more range. Polestar says it is continually developing the system, and plans to be able to send future range improvements OTA.

Polestar says a few single options remain available including Nappa leather upholstery with ventilation (that requires the Plus Pack).

Polestar says pricing for the new variants is “very competitive” and will be confirmed “in the coming weeks.” The Launch Edition starts at $59,900, so the two new cars will presumably be less than that.

Sign in to the comments and let us know what you think of the Polestar 2.