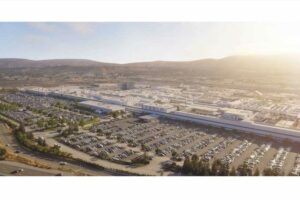 The Fremont Police Department in California is currently investigating a death at Tesla’s Fremont Factory. Little verified information is known so far, but the department has called the incident a “suspicious death.” Typically, a suspicious death is one that is unexpected and cannot be immediately explained in a legal or medical sense.

According to reports, the Fremont Fire Department responded to an emergency call from Tesla yesterday afternoon. The call came in on Monday, December 13, 2021, at around 3:26 PM. The caller shared that a person was down in the factory’s parking lot.

The Fremont Police Department posted about the event on Facebook, and it also sent out an email notification around 4:30 PM on Monday. First responders offered medical assistance, though sadly, the subject had passed away. Fremont Police Homicide Investigators are now on the scene investigating in hopes of getting some answers. The department’s post reads:

“On December 13, 2021 at approximately 3:26 p.m., Fremont Fire Department personnel responded to Tesla on a report of a subject down in the parking lot. Firefighters provided medical aid and pronounced the subject deceased. Fremont Police Homicide Investigators are on scene and have taken over the investigation.”

As of the time of writing, the authorities had not yet provided any details about what may have been the case of the death. This is a developing story.

The Fremont police have confirmed that homicide investigators are on the scene, and they have taken over the investigation. Authorities have not released information regarding the cause of the subject’s death or any additional details at this time. However, KRON4 reported that the police have ruled the death as a homicide, though we don’t have any official report from the authorities stating that.

There have also been some social media posts suggesting that there was a reported shooting in the Fremont factory parking lot, though those stories have not been substantiated.